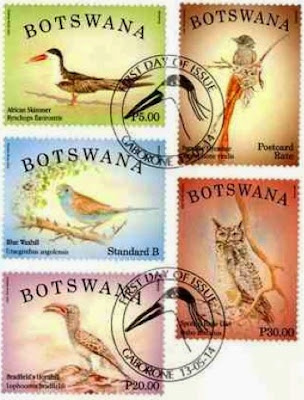 Botswana issued a new 14 value definitive set - what Botswana Post calls its 10th definitive series - on 13 May 2014. The designs all feature local species of birds and the subject repeats the theme of some of the previous definitive issues. Examples of unused and first day cancelled stamps of the set are depicted above and below:- 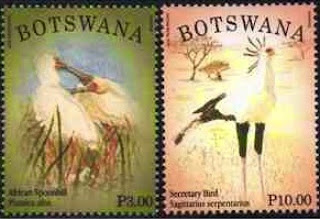 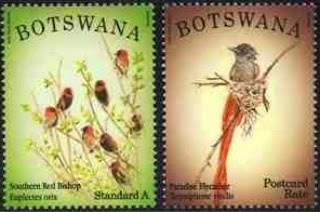 Meanwhile, Botswana's neighbour, Namibia, will release a miniature sheet to commemorate the "Chinese Navy's first Visit to Namibia", although presumably the inscription on the sheet means that a representative ship will visit Namibia rather than the whole navy. This is another one of the increasing number of stamp issues from various African and Asian Commonwealth states which draws attention to the growing influence of The People's Republic Of China in those countries but at least this has a slightly different subject matter from most previous such issues which have mainly commemorated various anniversaries of the establishment of diplomatic relations between china and the respective countries. To increase the thematic appeal of the item, a bird seems to have managed to find its way on to the border of the sheet:- 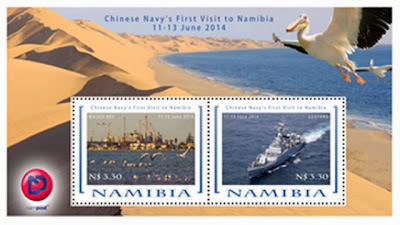 Malaysia issued a set of 10 stamps on 13 March 2014 on the subject of Museums and Artifacts:-

Papua New Guinea has issued 2 provisional surcharge stamps by overprinting 2 of the Horse of The Year stamps which were originally released on 2 January 2014. I do not know the date of issue of the surcharges:-

The Hong Kong China Heartwarming stamps which were issued on 23 January 2014 are available in a sheetlet format which contains 2 blocks of 6 stamps, one of each design, with attached labels as shown below:-

The sheetlet of 4 stamps and miniature sheet of 2 stamps which was issued recently by Antigua Barbuda (see Blog 393) could be considered to be relevant to the country since not only do aloes grow on the islands but  an aloe plant has previously appeared on stamps which depicted the territory's colonial seal. 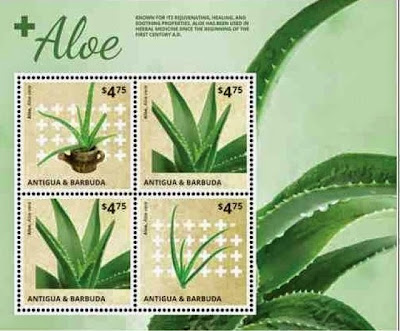 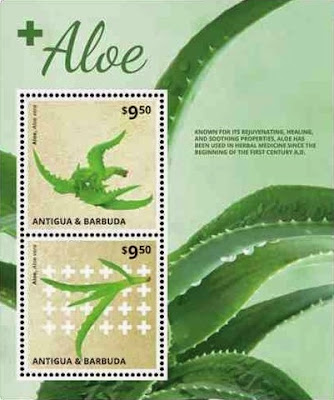 The seal formed the principal part of the design of the set of 9 stamps which were issued in July 1903. The stamps were typographed by De La Rue on ordinary paper with Crown CC watermark and 8 of the values were reissued from 1908 to 1917 on chalk-surfaced paper with watermark Multiple Crown CA:- 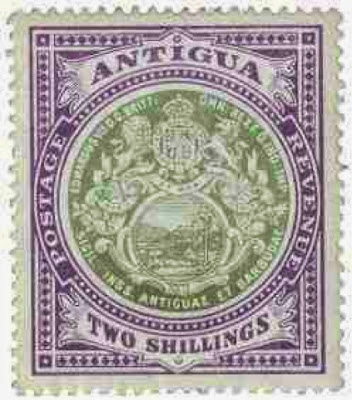 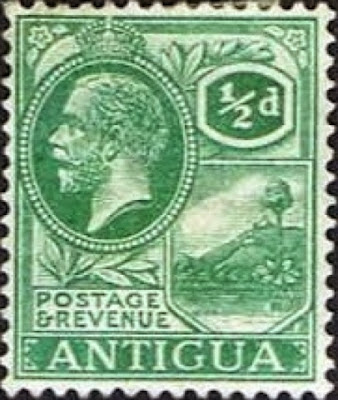 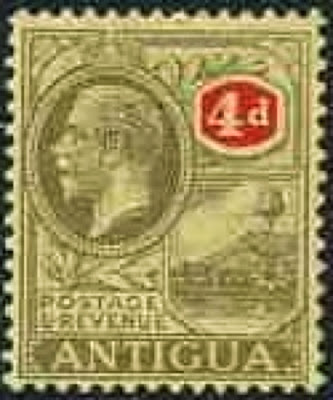 The aloe plant which featured in the colony's seal also appeared on the flag badge of Antigua which was placed on the British Blue Ensign after the dissolution of the colony of The Leeward Islands of which Antigua had been a constituent part from 1871 to 30 June 1956. The flag badge was used until 1958 when Antigua became a member of The West Indies Federation and then again from 1962 when The Federation was dissolved until 27 February 1967 when independence was achieved:- 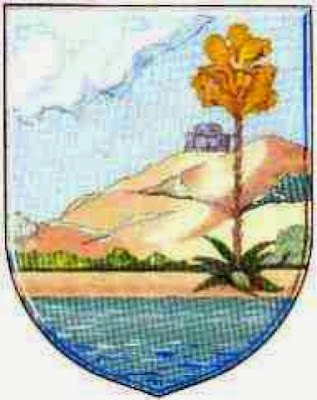