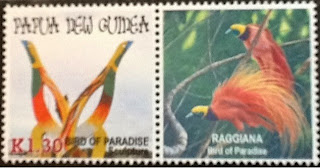 A few weeks ago I obtained a set of 24 Personalised Greetings stamps from Papua New Guinea which I illustrate above and below. I do not know the date of issue of these interesting items or details of designer and printer but they are certainly fascinating because they depict many aspects of Papua New Guinea including its wildlife, flora, culture, marine life, buildings, scenery and (on the attached labels) flags - multiple themes in one issue but all relevant to the country issuing them:- 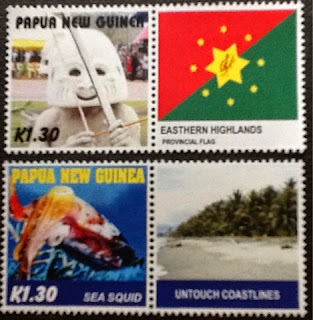 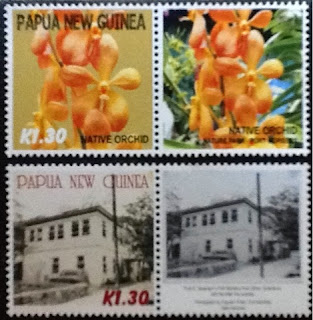 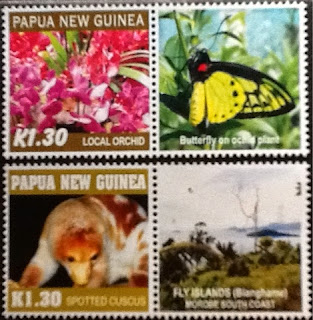 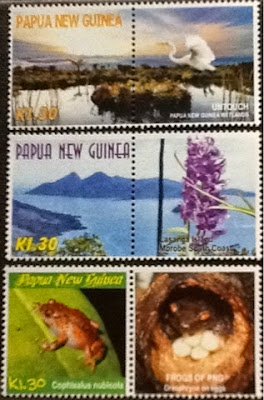 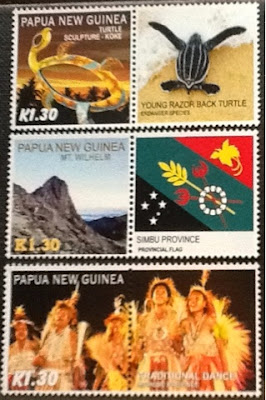 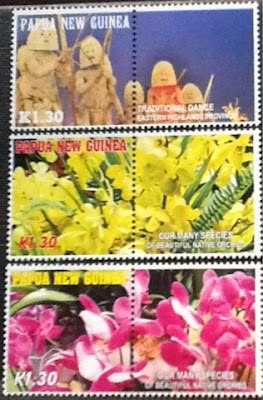 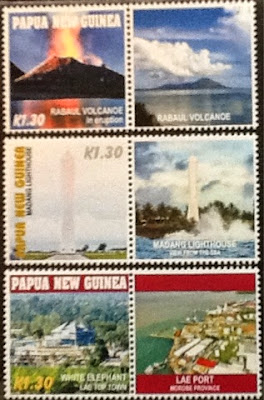 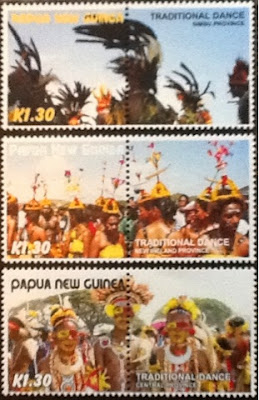 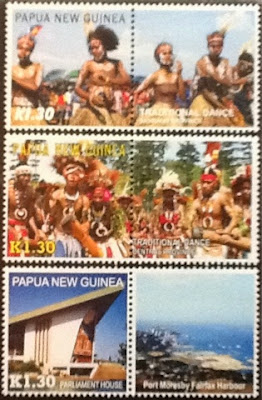 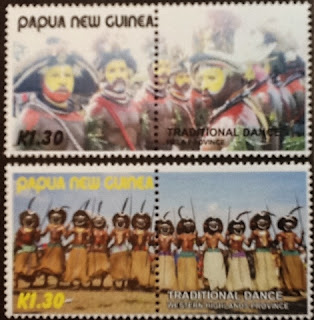 For several years, Papua New Guinea has been in the habit of releasing 12 special sets per year, usually 10 of them being of local interest with the remainder being clearly prepared by their New York-based philatelic agents and usually of little or no local relevance (I have never bothered to obtain such items). Now the local issues seem to have come to an end with the total number of issues for 2013 being reduced to nine and some planned sets, including an issue to commemorate the South Pacific Games, apparently having been cancelled. There have been no locally relevant issues released so far in 2014 and the 2 sets that have appeared - the inevitable Chinese New Year issue and a set commemorating the centenary of the outbreak of the First World War which has designs which do not feature the War as it affected Papua New Guinea - seem to be products emanating from its foreign agents. Two of the Chinese New Year stamps have been surcharged as mentioned in Blog 416 but these were probably necessitated by local postal requirements.
I can not help but suspect that after years of excessive numbers of stamp issues, collectors have been put off from buying Papua New Guinea stamps and that it is no longer cost effective for the Papua New Guinea to produce the local issues and that all that we will be stuck with now are the stamps of foreign origin. A pity - I thoroughly enjoyed the local stamps even if I groaned at the cost of them and I regret the likelihood that all we will see in the future is a diet of products featuring Elvis Presley, Marilyn Monroe, US presidents Obama, Kennedy and Lincoln, Sister Theresa and Diana, Princess Of Wales and subjects related to China aimed at boosting philatelic sales in that country.
Is Papua New Guinea's philatelic goose (perhaps I should say bird of paradise) cooked? If so it's fitting that the last of the local issues to appear towards the end of 2013 was on the subject of local cooking methods. A goose (or even a bird of paradise) looks as though it would fit nicely in the pan illustrated on the stamp:- 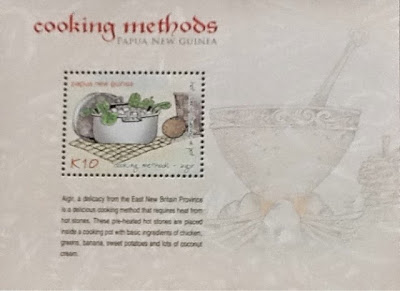