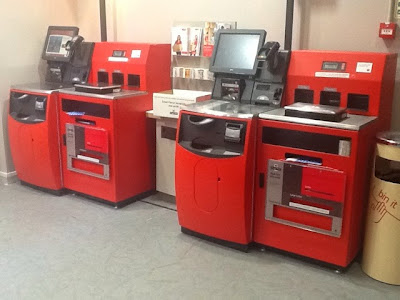 Yesterday I visited the main Birmingham post office in Pinfold Street to find that 9 new NCR "Post And Go" machines have been installed there to replace the previous Wincor-Nixdorf machines and I took the opportunity to purchase a 6 value "Collectors Set" from one of the machines. I was told by a couple of the assistants there that only the Machin Head design was available in all of the machines at present and I found the machine that I used dispensed stamps with the MA13 security date code.
One day after my visit to the post office, Norvic Philatelics Blog informs us that the 97p value has been altered so that it now reads "Euro 20g World 10g". This change was made today, the 5 June 2014, so another early return to the post office is needed to obtain the reinscribed value!
Below I include illustrations of the new Europe 60g and Worldwide 60g rates with the new NCR-dispensed stamps placed over the Wincor-Nixdorf-dispensed stamps for comparison:-

The machines are sited in a spacious area of the post office and using the machines certainly is preferable to queuing up at a counter and  waiting to be served with the numerous other customers who are there to make use of the much more time-consuming services offered by The Post Office.
It seems that the sale of postage stamps, even for use on parcels, is work that can be performed completely satisfactorily by these machines and eventually, I assume, will not be an over-the-counter service that need be offered to the customer.
I can see that we can not be far away from commemorative stamps, in a suitable format, being  sold solely by "Post And Go" machines - the attractive and popular pictorial issues of the past few years are the forerunners - with any miniature sheets that come along being sold as collectables as one of the few philatelic items that will be sold by counter clerks. Philately has always been tied to technology and a new chapter in the history of postage stamps is opening up with the arrival of these impressive new machines:- 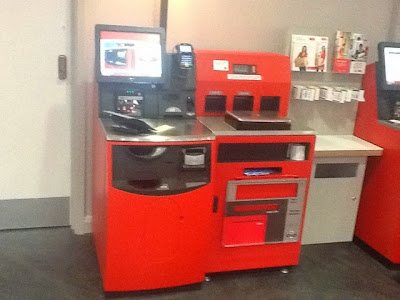 The Turkish Republic Of Northern Cyprus issued 2 stamps and 1 miniature sheet on  23 March 2014 as part of the annual Europa omnibus series and the deigns depicted traditional local musical instruments in line with the chosen theme for 2014:- 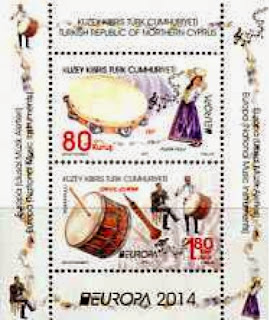 In addition to the new issues of Grenada mentioned in Blog 417 a new value of the contemporary definitive series has recently appeared - a $100 (£22.10p) - again depicting a parrot which, as I have mentioned before, is not a type of bird that can be found on the island. The face value is 4.5 times greater than that of the most expensive stamp issued by Royal Mail and one can not help but ask oneself that if such a high face value is not needed by the British postal service then why is it needed in this small Caribbean island? 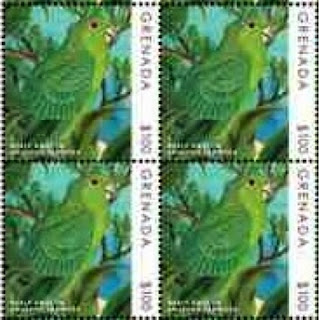 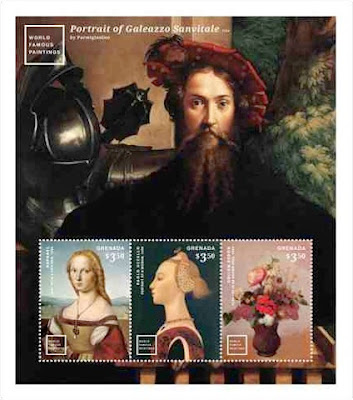 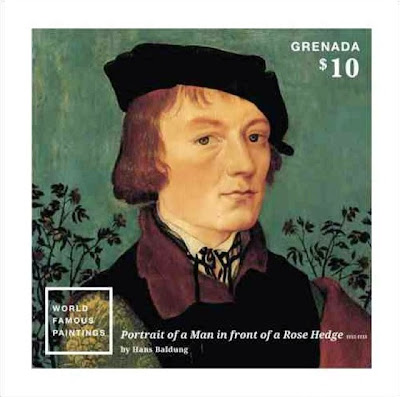 Namibia will issue 5 attractive stamps on 1 October 2014 on the subject of kingfishers. The designs are by Anja Denker:- 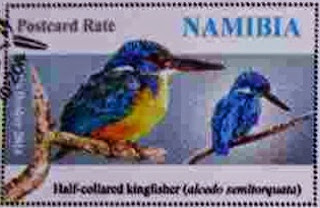 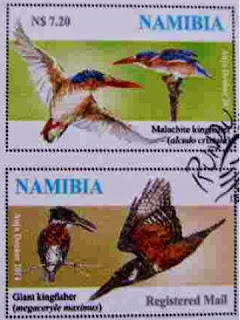 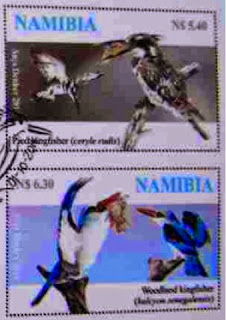