In Zirinsky Stamps Newsletter no. 20, Steven Zirinsky draws attention to a $6 definitive stamp from Guyana which had wide usage on ordinary mail used by the Guyanan general public but was effectively unknown to collectors and catalogue editors. Presumably this ought to be quite common in a used state but is apparently very rare in an unused condition. Steven Zirinsky is offering the rare mint stamp at US$175:- 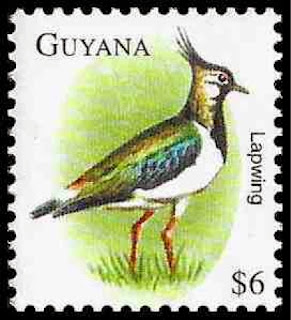 The stamp should not be confused with a similar $6 value which was issued on 8 May 1995 as part of a set of 12 stamps all featuring birds. The original stamp (depicted below) was narrower and had the value to the left of the design rather than to the right. Steven Zirinsky does not say when the revised design was issued but says that it had been in use for some years. Presumably it was the similarity of the redrawn stamp to the first version that caused the redrawn issue to be overlooked:- 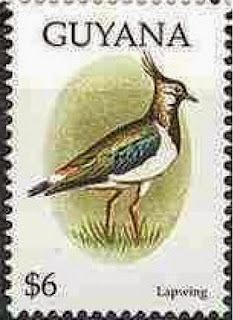 Hong Kong China will issue a set of 6 stamps and 1 miniature sheet on 17 June 2014 on the subject of the Hong Kong Museums collections with the paintings by WU Guangzong being featured in this set:- 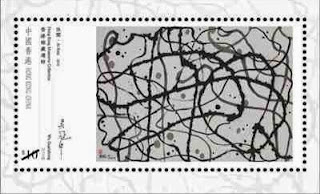 Following that, on 21 August 2014, will be an issue which depicts Cantonese opera costumes and which comprises 6 stamps and 1 miniature sheet:-

Four stamps and 1 souvenir sheet follow on 9 October 2014 as a joint issue with Malaysia on the subject of local food:- 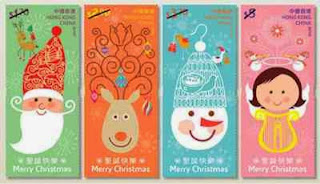 Finally, on 4 December 2014, comes a $10 miniature sheet as the third issue in the Chinese World Heritage sites series, which will depict China Danxia:- 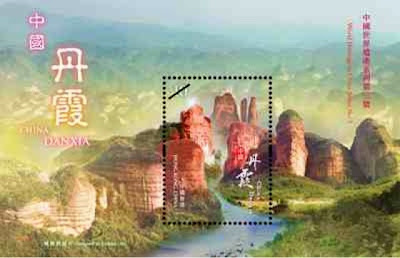 Finally, whilst looking for Shakespeare-related philatelic items on the Internet in this the 450th anniversary of his birth, I came across the cover depicted below which links last year's big Royal Mail seller - the numerous Dr. Who products - with Shakespeare. It is a cover produced and sold by Scificollector which has a cancellation of Cosmo Place in London and is dated 14 August 2007 and it commemorates the episode of Dr Who titled "The Shakespeare Code" which centres around a rather convoluted story about Shakespeare's "missing" play, "Love's Labours Won". The stamp used on the cover is a British greetings stamp with an attached label which features the actor David Tennant playing the role of the tenth Doctor Who.  Actually this is an interesting cover as later this year the play "Much Ado About Nothing" will be performed at The Royal Shakespeare Theatre in Stratford-upon-Avon with the title "Love's Labours Won" along with "Love's Labours Lost" and David Tennant recently appeared there in the eponymous role of Richard II so it is all very topical in this Shakespeare anniversary year and of course of interest to anyone who collected the 2013 Dr. Who stamps:- 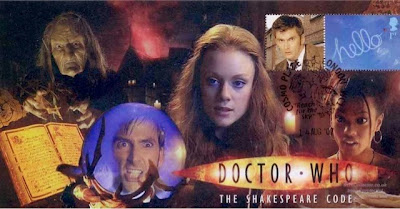