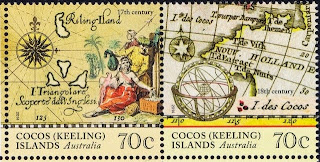 Australia Post issued 4 interesting stamps on 24 June 2014 on the subject of maps of the Cocos (Keeling) Islands. The stamps were designed by Boschen Design and lithographed by RA Print. As described in Blog 421 this issue is part of a programme of weekly stamp issues which Australia Post will release over the coming months. 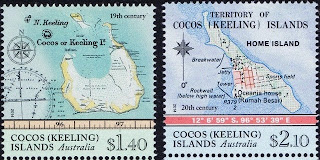 Four stamps were released by Singapore Post on 28 May 2014 on the subject of past street scenes. They were designed by Lim An-ling and lithographed by Enschede using ink which changes colour in sunlight! I have not yet received my copies of these stamps but I look forward to seeing what happens to the stamps as a result of this bizarre printing gimmick - hopefully they won't spontaneously combust!:- 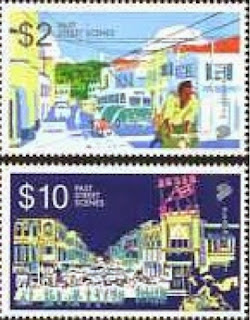 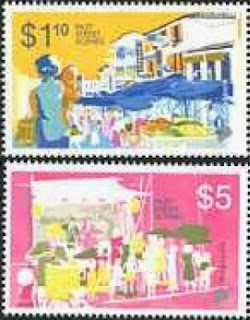 Whereas Australia Post intends to issue 4 new sets of stamps in the short timeframe of 4 weeks, Mauritius Post is quite content to release 3 sets in the whole of 2014. The latest issue consists of 4 stamps on the subject of Events and Anniversaries (all ofcourse of great local relevance) which are:- 150th anniversary of Pere Laval, 10th anniversary of the creation of the Ombudsman for the Childrenn's Office, Bicentenary of the arrival of Rev. Jean Lebrun in Mauritius and the 25th anniversary of the introduction of mobile telephones in Mauritius:- 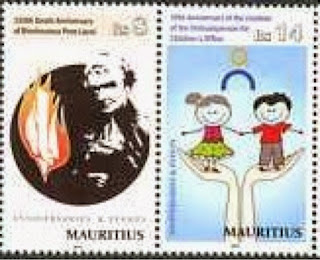 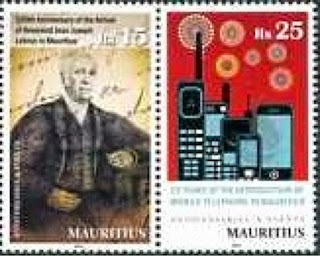 Also from the CASCO Philatelic Agency is a pair of stamps and accompanying miniature sheet issued by The British Indian Ocean Territory on 9 June 2014 which depict the territory's Coat Of Arms:- 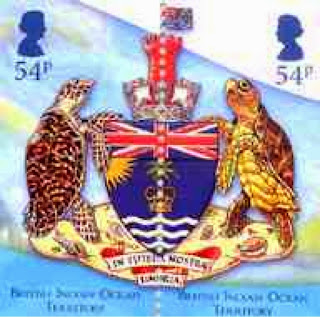 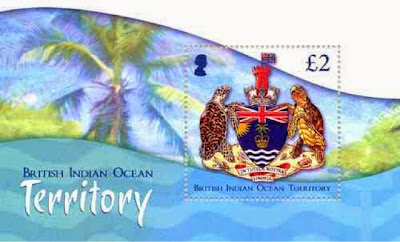 A third CASCO issue has appeared from Cayman Islands on the subject of traditional housing in the Sister Islands. The date of issue was 10 June 2014:- 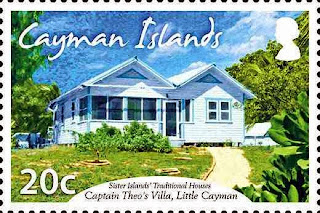 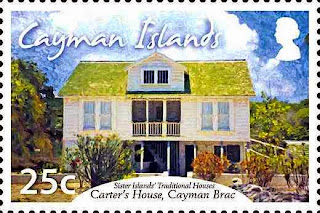 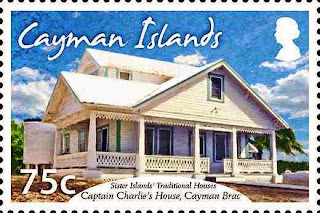 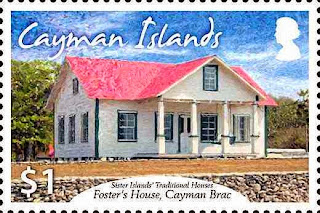 The latest issues from Sri Lanka are:-
29 April 2014 - Centenary of Ramanathan College:- 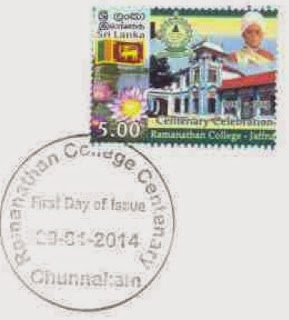 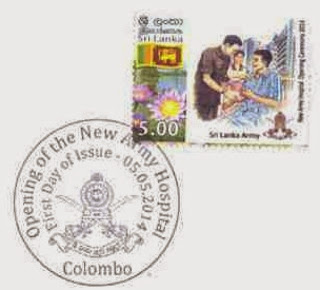 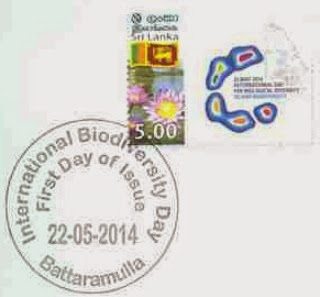 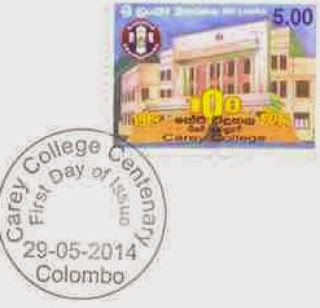 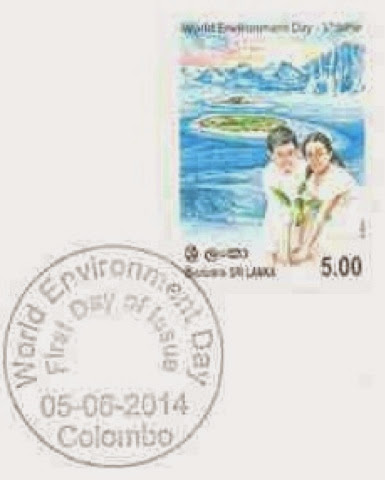