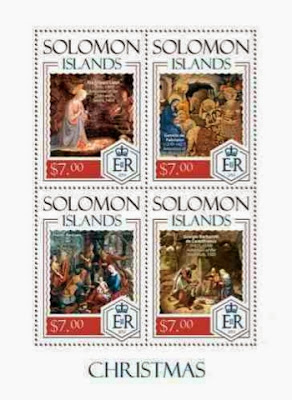 The latest publicity of the philatelic entity known as Stamperija has announced the issue of philatelic items in the name of 2 Commonwealth countries - Solomon Islands and Mozambique. For both countries we get the usual sheetlets of 4 "stamps" with an accompanying miniature sheet. The philatelic agency has surpassed its remarkable ability to display grotesque cynicism by issuing some 2013 Christmas stamps on 3 March 2014. If these items are ever sold over the counters of any post office in The Solomons one must conclude that they have appeared rather too late to be used on Christmas mail or, perhaps, many months too early to service the 2014 Christmas mail. 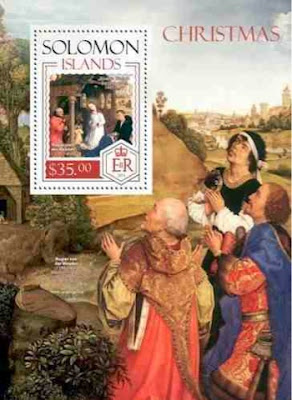 Apart from this hilariously inappropriately-timed Christmas issue other subjects featured are:- Australian aviation; Australian scouts; Diana, Princess Of Wales; Nelson Mandela; Australian astronauts; Golf and Dogs. The tragedy of this outpouring of gummed paper in the name of this small Melanesian state is that 1 sheetlet of 4 stamps and 1 miniature sheet are actually quite important and locally relevant - those on the subject of the Fight Against Malaria - unfortunately I shall not be obtaining these items on this vitally important subject because of all the accompanying irrelevant, er, "stamps":- 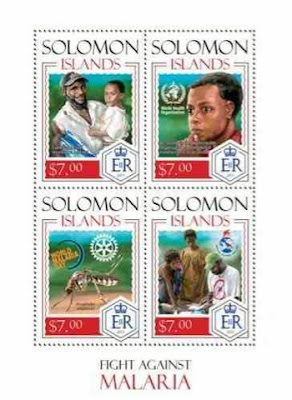 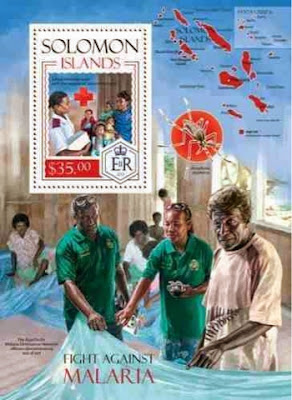 Stamperija hopes to boost it profits from the following items issued with the approval of the Mozambique Postal Administration (release date alleged to be 25 February 2014):- Henri Matisse; Species on the IUCN Red List; Jean-Philipe Rameau; John Hanning Speke; Mikhail Lermontov; Lockheed-71 Blackbird aircraft; Louis Renault; Marie Curie; Jawarhalal Nehru; The Passenger pigeon; Nelson Mandela; Wassily Kandinsky; World War I; and Joe de Maggio (I guess that has all bases covered!). There is also an issue to appeal to the Chinese market which consists of a sheetlet of 4 identical stamps and 1 miniature sheet on the subject of the art of Fu Baoshi and Xu Shen:- 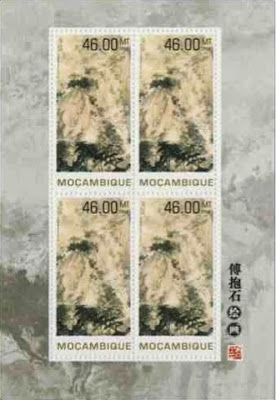 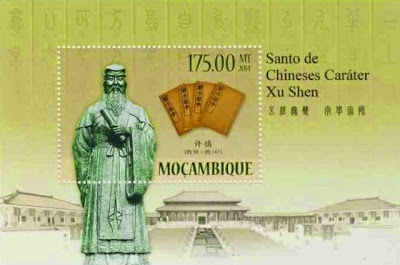 For how much longer can this go on?
Meanwhile new issues from Isle Of Man are appearing at increasingly rapid rates and where stamps were once the norm sheetlets now appear to be the necessity. On 24 June 2014 the island's postal administration will issue no less than 6 sheetlets (though I think I would call them miniature sheets) to commemorate the 2014 Tour De France Cycle Race, the opening stages of which will take place in England this year (but not, you'll note, in The Isle Of Man). I really can not think why this small island does not allow Stamperija to take over its stamp issues since excessive issuing appears to be the norm with both philatelic entities:- 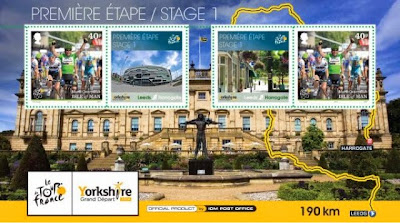 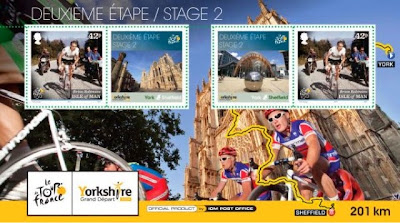 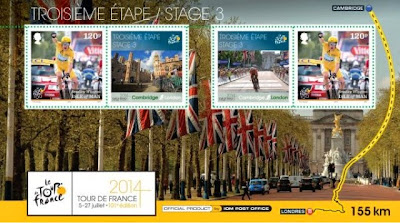 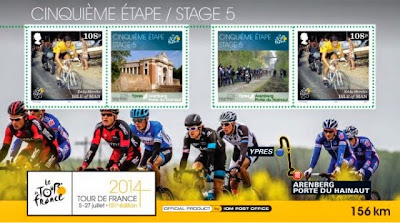 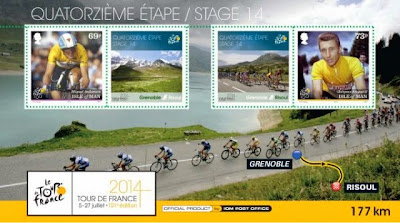 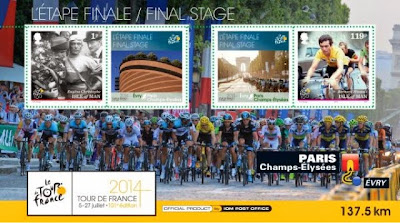 The total cost for the basic set of 6 sheetlets is £8.82p.
Guernsey Post will issue 2 stamps inscribed "Alderney" on 22 July 2014 to commemorate the first birthday of Prince George of Cambridge. The designs depict the by now very familiar photographs taken at the child's christening earlier this year and appear to have nothing new to say on the subject. Pleasingly the total face value of the pair is only £1.10p:- 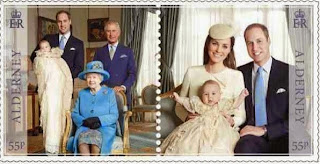 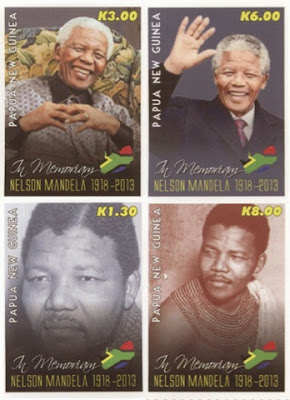 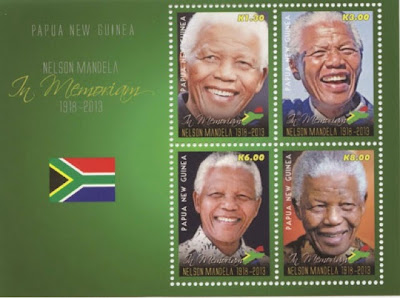 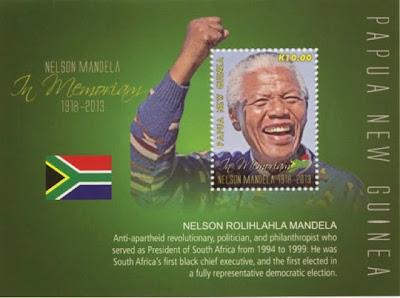