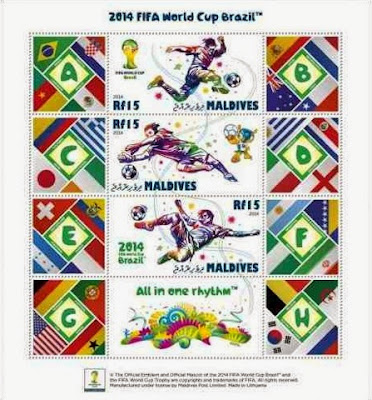 Although the current new issues of Maldives are firmly in the grip of the tentacles of Stamperija two rather unstamperija-like miniature sheets have appeared from the island's postal administration which commemorate the World Cup Finals in Brazil. I suspect these will find general use on public mail given that they are all in the Rf15 value which seems to meet postal needs. One of the miniature sheets also has the FIFA World Cup logo which gives them added verisimilitude. I think that this will be one issue from Maldives which I will add to my collection. 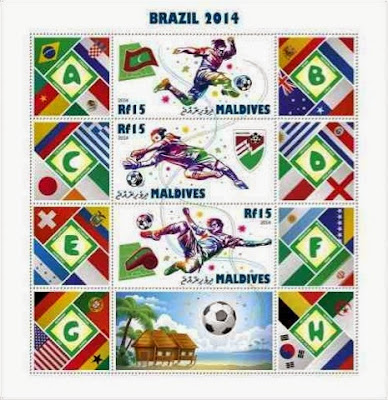 India issued 4 stamps and 1 miniature sheet on 12 June 2014 to commemorate the FIFA World Cup Finals. The Indian prime minister, Shri Narendra Modi, launched the issue shortly before the start of the Opening Ceremony in São Paulo:- 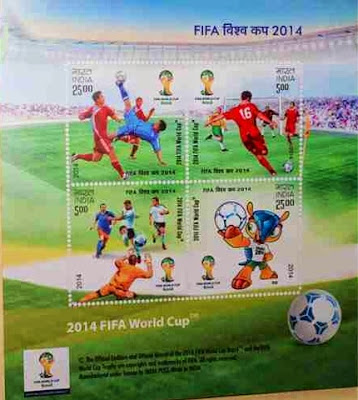 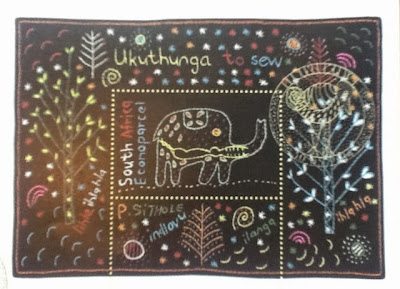 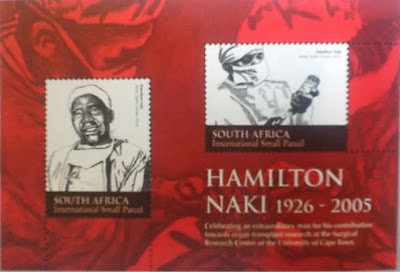 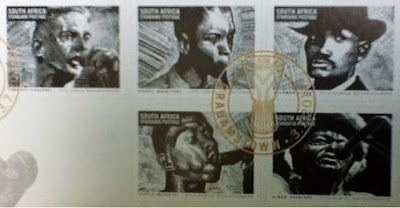 28 July 2014 - Centenary of the Outbreak of the First World War - 1 sheetlet of 6 different stamps representing the principal campaigns in which South African troops were involved. Stamp artwork by Hein Botha. The featured campaigns are those in German South West Africa, German East Africa and Palestine with other incidents depicted in which the SS Mendi was sunk and at battles fought in France at Delville Wood and Marrieres Wood:- 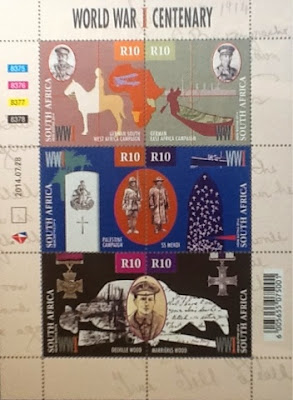 Pakistan issued 1 stamp on 1 June 2014 to commemorate the 50th anniversary of the the Pakistan Navy Submarine Service. The stamp was designed by Adil Salahuddin and lithographed by Pakistan Security Printing Corporation in Karachi.:- 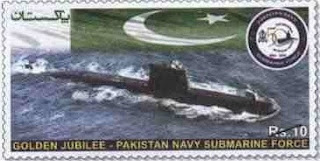