Malta's set of 3 Christmas stamps and accompanying miniature sheet was issued on 18 November 2013 and depict the mechanical crib at Jesus of Nazareth Institute in Zejtun. The stamps were designed by Malta Post and printed in lithography by Printex of Malta:- 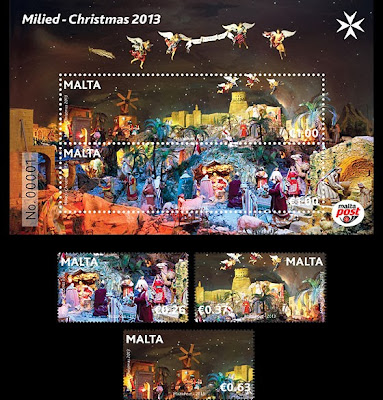 A miniature sheet containing a single stamp was issued on 29 October 2013 to commemorate the 150th anniversary of the founding of the International Red Cross by Henri Dunant. The sheet was designed by Malta Post and lithographed by Printex:- 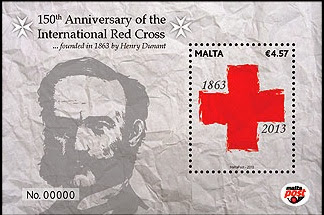 A stamp with label attached was released on 18 October 2013 to mark the "Maltex 2013" Philatelic Exhibition":-

After several issue-less month, Cyprus released a booklet on 13 November 2013 on the subject of "Spanos and the 40 Dragons", a children's story about a young man who boasted about his bravery and was challenged to prove it by his fellow villagers by slaying the 40 dragons who had cut the village off from its water supply. The design is depicted below:- 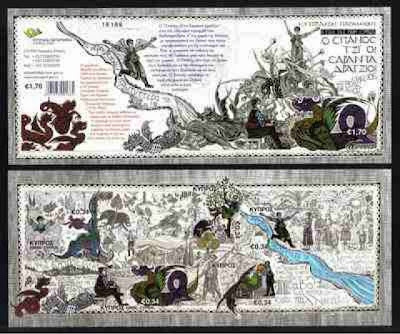 Cyprus also released its set of 3 Christmas stamps on 13 November 2013. These continue the theme of children with the designs being produced by local young people:- 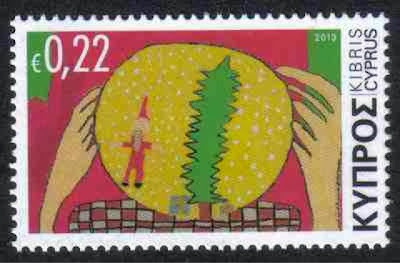 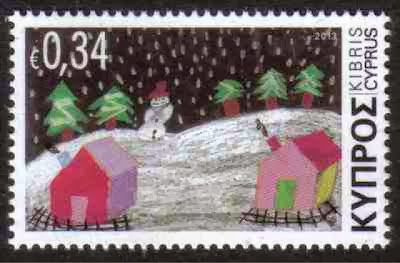 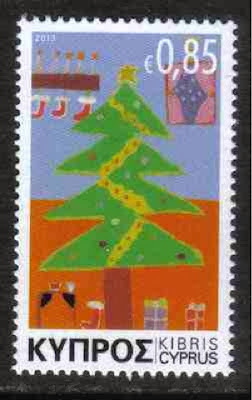 The US-based Philatelic Collector Inc. "Boutique Stamp Agency" has produced yet another long list of new philatelic items on behalf of the three countries whose philatelic programmes it controls, all located in the South Pacific area. The latest philatelic products for Tonga are 3 items released on 13 November 2013, designed by Alison Ditko, which depict angels from classic paintings:-

Perhaps the most interesting release from Tonga was that which was issued on 12 November 2013 which consists of 7 items to commemorate the accession of the new King of Tonga, Tupou VI Ko Ene'Afio. Clearly an issue of local interest and importance, this is one set of 2013 which I will add to my collection of Tonga stamps:- 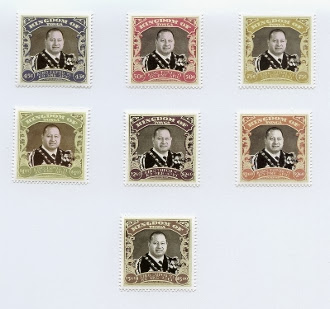 Of course there is also an additional Christmas set issued with the name of the island of Niuafo'ou inscribed on the items.

So far, then, Tonga and its appendage, Niuafo'ou, have had 72 stamps and 14 miniature sheets produced on their behalf during 2013. Even more prolific than the items produced on behalf of Tonga are those printed in the name of Cook Islands. A set of 2 stamps was released on 8 November 2013 to commemorate the 50th anniversary of the assassination of the US President Kennedy:- 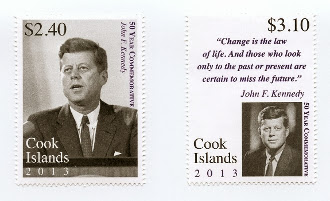 Potential profits for the agency are swelled by the production of items with the names of individual islands additionally printed on them. Thus we have another pair of items produced to commemorate the 50th anniversary of Kennedy's assassination which are inscribed "Aitutaki Cook Islands". These were also released on 8 November 2013:- 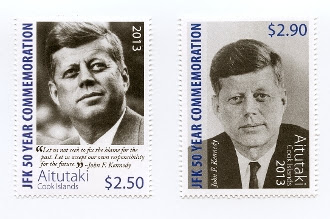 There is also a pair of items produced for Aitutaki Cook Islands which commemorate Christmas 2013. The agency's website is keen to emphasise that this pair of items is printed with face values that actually represent local mail rates - how wonderful to have items which may really be of practical use if an Aitutakian wants to send a real letter! The date of issue was 18 November 2013:-

However, fear not, if the sale of philatelic items which actually represent real postal rates does not result in a substantial enough profit for the philatelic agency, a miniature sheet containing 3 higher face value items is also included in the issue:- 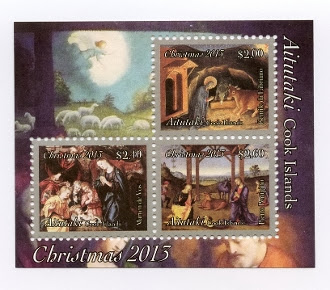 Items have also been produced with the inscription "Penrhyn Northern Cook Islands" and again Kennedy's assassination is the subject of 2 items. These are clearly aimed at the US philatelic market. Once more, the date of issue was 8 November 2013:- 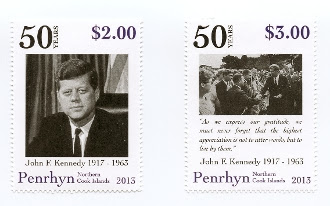 There are also 2 philatelic items and an accompanying miniature sheet with the Penrhyn inscription to commemorate Christmas 2013 - they were released on 18 November 2013:- 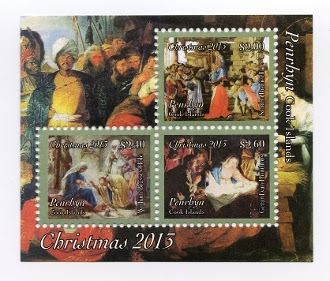 Twelve new philatelic items have also been produced for Penrhyn Northern Cook Islands which represent the second part of a fish-themed "definitive", total cost of over US$30:- 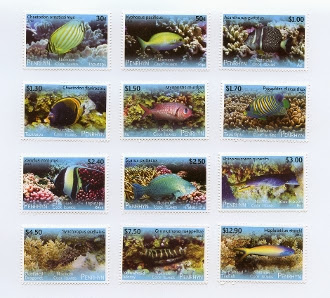 although that cost is doubled by the production of a sheetlet which combines all 12 philatelic items within its edges. The date of issue was 11 November 2013. So far during 2013, Cook Islands and appendages have had 115 "stamps" and 12 miniature sheets produced on their behalf. 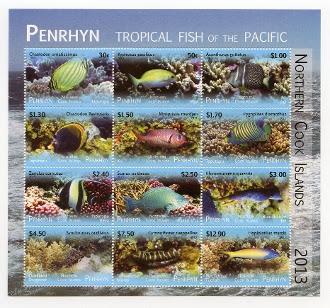 The final Cook Islands item to be offered for sale in this batch of products is yet another miniature sheet which commemorates "China International Collection Expo 2013" in the same design as described in Blog 328 but this item is inscribed "Rarotonga Cook Islands". The date of issue was 26 November 2013:- 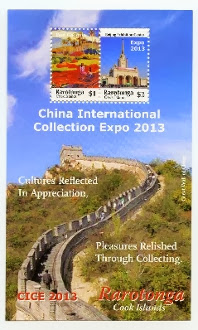