Following on from Blog 318, two more old stamps surcharged with the new devalued currency have been issued by Zambia. Both of them are stamps which had previously been surcharged. This means that there are now13 such surcharged stamps in existence which have been issued since the currency was devalued plus all the values of the 2012 definitive series which have had their face values similarly altered:- 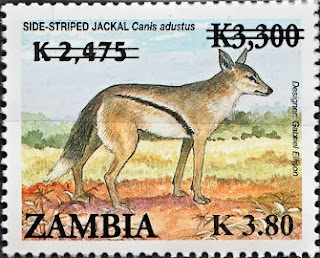 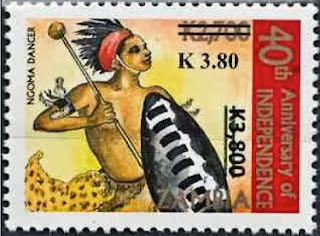 It's amazing where you can find out information about new stamp issues when information from philatelic sources is so scarce or non-existent - but I had not previously considered that I might get information about a new stamp issue from the website of a Ministry of Agriculture. But in the absence of any information on the Trinidad And Trinidad Post Office website I stumbled across news of a new Trinidad And Tobago stamp issue on the website of the country's Ministry Of Agriculture - it tells us that 5 stamps and 1 miniature sheet (I think) were released on 4 December 2013 on the subject of the sorrel plant and one or more of the stamps appears to have real sorrel seeds incorporated in the design.

A publicity photograph shows local dignitaries being presented with what looks like a clock incorporating the miniature sheet sheet design. The miniature sheet contains 5 different stamps and a large picture of the sheet displayed on a board in the background was included in the report and gives us an idea of what an attractive issue it is:- 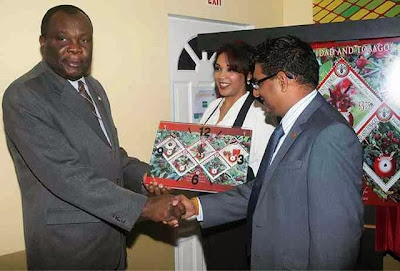 No doubt information about the issue, particularly if it has the gimmick of a seed incorporated in the stamps, will eventually become available in the philatelic press.
Meanwhile, Tuvalu, has given details of yet another stamp issue for 2013; this sheetlet of 2 x 2 different stamps plus 1 miniature sheet is due for release on 23 December 2013. This issue commemorates the late Pope John Paul II and is the second papal-themed issue of the year which seems excessive for a country where only about 100 inhabitants are Roman Catholics:- 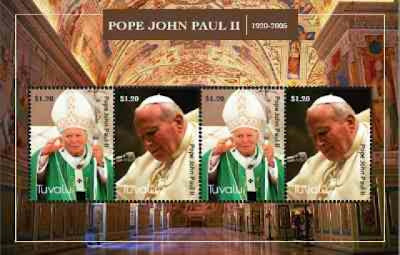 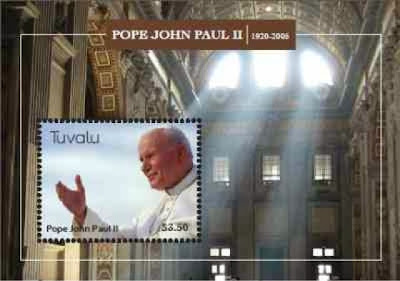 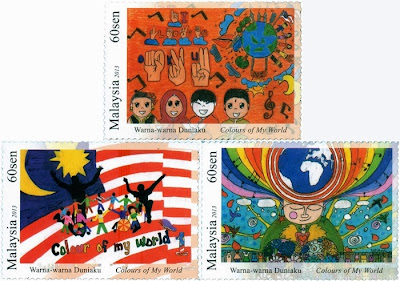 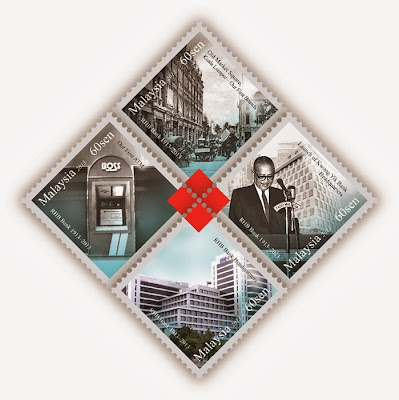 29 November 2013 - Heritage of the Baba and Nyonya - 4 stamps (2 se-tenant pairs) designed by Reign Associates and lithographed by Cartor:- 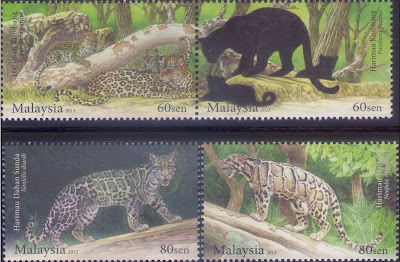 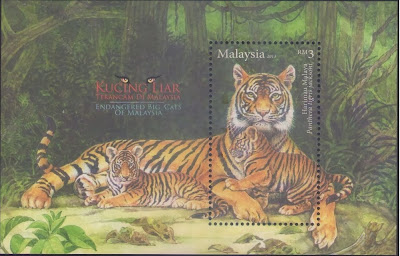