341. Kenya Celebrates 50th Anniversary of Independence With A Set Of 100 Stamps. 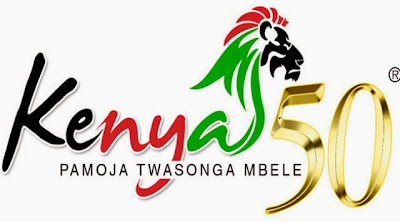 Posta Kenya has released a set of 100 different stamps to commemorate the 50th anniversary of the country's independence. The 100 stamps are said to "capture different milestones in Kenya's journey and highlight epochal events in the country's history as well as its heroes and the eminent personalities who have shaped its politics, arts, culture and social life".

A government spokesman said that the stamps depict different aspects of Kenya's liberation struggle and other key historical interest to philatelists. "There is a story behind every postage stamp. Each of the iconic images on all those little bits of paper captures a unique angle of the Kenyan history. They play a significant role in honouring national heroes and showcasing important feature of our culture and history".
I have not yet seen a detailed picture of the issue but it appears to take the same format as the 100 insects stamps which were issued in 2011 - that is - 4 sheetlets each of 25 different stamps. I do not yet know the precise date of issue.
Kenya also released an issue on 6 December 2013 which appears to have been provided by the government of The Chinese People's Republic to commemorate the 50th anniversary of China-Kenya diplomatic relations. I have not yet seen details of the issue.
The final issues of the year from Hong Kong, China include a set of 6 stamps which depicts local bus services. This set was issued on 24 September 2013 and was accompanied by 2 miniature sheets and a $HK50 prestige booklet. The stamps were designed by Ken Wong and Leung Kam-hung and printed in lithography by Cartor. 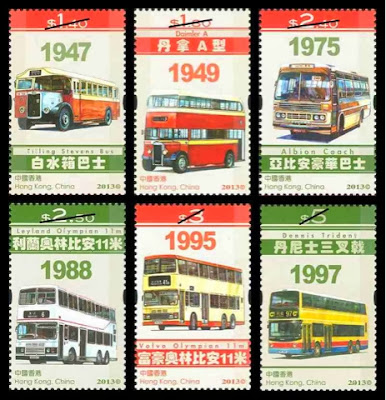 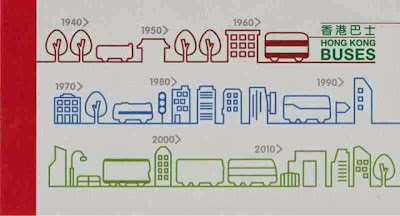 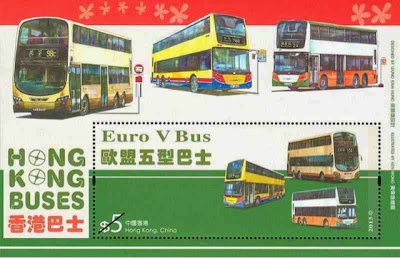 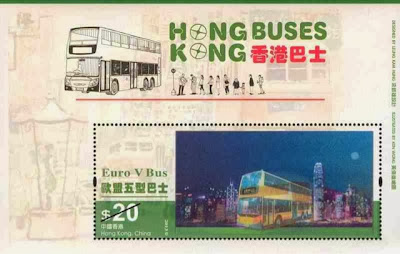 A set of 4 stamps was issued on 15 October 2013 on the subject of "Inclusive Arts". The stamps were designed by John Au and lithographed by Enschede. 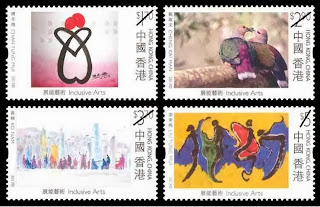 A set of 6 stamps was issued on 19 November 2013 on the subject of Innovation and Technology. The stamps were designed by Arde Lam and lithographed by Cartor. A miniature sheet which included all 6 stamps was also issued:- 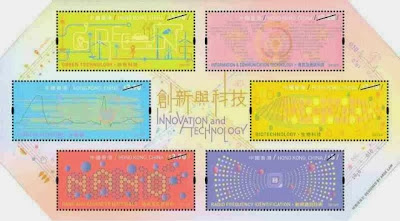 Four stamps and 1 miniature sheet were issued on 5 December 2013 to commemorate the Hong Kong Legislative Council. The issue was designed by Shirman Lai and lithographed by Cartor:- 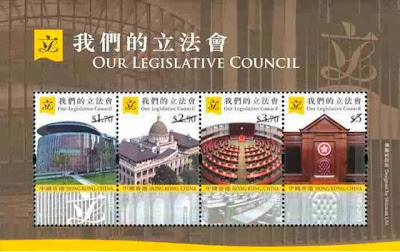 As always the designs and printing of these stamps are excellent which is why I have continued to enjoy collecting the stamps of Hong Kong even though the territory ceased to qualify to be included in a collection of Commonwealth stamps back in 1997. You just don't have to do what the catalogue tells you to do.