The excellent Seychelles Post Office appears to have issued no stamps during 2013 (Jersey, Guernsey, Isle Of Man, Gibraltar etc etc take note - it is possible to show restraint) but I came across a commemorative envelope which it released on 24 October 2013 which commemorates the 5th Indian Ocean Philatelic Meeting and Stamp Exhibition which was held between 24 and 26 October 2013. I do not normally collect commemorative covers but I rather like this item coming as it does from one of the most philatelically conservative countries in The Commonwealth and I think I may look out for it to see if anyone is offering it for sale:- 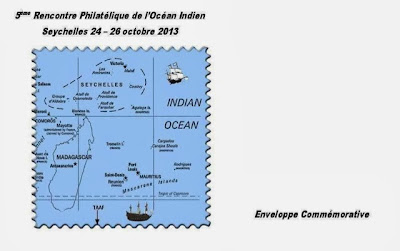 I have also heard from a contact in South Africa that another philatelically ultra-conservative Commonwealth country, Swaziland, has issued a set of stamps during 2013. The set titled "Towards 2020"  seems to have the theme of local development and features education, health services and sports. I have not yet seen the date of issue, any illustration or other details of the issue.
I now include illustrations of some of the 6 stamps to be issued on 7 January 2014 by Jersey which depict local manor houses. They are very interesting and attractive stamps and unlike "The Year of The Horse" set of 6 stamps and 1 miniature sheet to be issued by Guernsey on the same day are completely relevant to the issuing territory.
It is not easy to know how many of the inhabitants of Guernsey have an ethnic background which makes celebration of the Lunar New Year of relevance to the island because the Guernsey government cancelled the 2011 population census meaning that the ethnicity of the various local population groups  on the island is something of a mystery but I can not help but think that the size of the East Asian population in Guernsey is tiny and makes the issue of a Lunar New Year set completely unnecessary. This will be the first set of Guernsey stamps which I will not add to my collection because it seems to represent exploitation of its loyal collectors and I do not intend to be one of the victims. By releasing this issue the Guernsey Post Office has taken steps to put the country's philatelic reputation on the same level as Grenada, Guyana and Tonga. 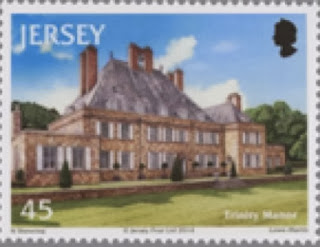 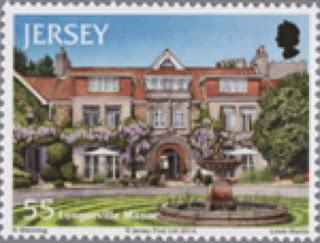 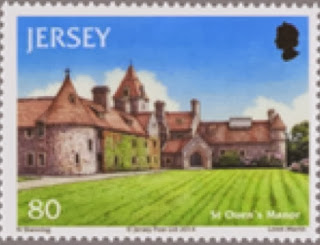 Norfolk Island issued a set of 6 stamps on 30 September 2013 which depicts local shoreline scenes. The set was designed by Mary Pavovich and lithographed by Southern Colour Print:-

Norfolk Island also released a set of 4 stamps on 1 November 2013 to commemorate Christmas. This set was also designed by Mary Pavovich and lithographed by Southern Colour Print:-

Norfolk Island has also issued a set of 4 stamps on 18 December 2013 which commemorates the holding of the Trans-Tasman FMX competition (details awaited).
Articles in the Nigerian media in April 2013 claimed that  Nigeria was about to commemorate philatelically Agbani Darego, the Nigerian woman who was made Miss World in 2001. The former Beauty Queen released a photograph as an "Instagram" (a means of communication about which I am totally ignorant) on 6 April 2013 which showed a sheet of N50 stamps featuring a portrait of her. It was said that the stamps would be released a few days after Miss Darego's communication had appeared. I have not yet seen any other publicity about this stamp:-

However Miss Darego appears to have been using previously issued stamps to publicise herself since 2 Nigerian stamps which were issued in 2006 had commemorated the former Beauty Queen and the N50 value looks exactly like the stamp which Miss Darego claimed  was to be released a few days after the appearance of her Instagram. It appears that the Nigerian press which publicised her recent announcement were ignorant about, or had forgotten about, the set of 2006. It's amazing how postage stamps are recognised by "celebrities" as a means of publicising themselves even though those who mainly collect stamps are now from a generation who really are less impressed by transient celebrity than younger generations appear to be. 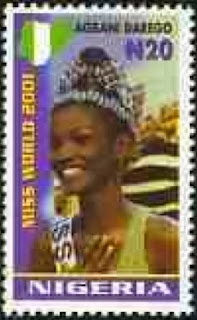