Jamaica has issued an attractive set of 4 stamps as its Christmas issue. I do not yet know the date of issue because publicity produced by its philatelic Agents, CASCO, has not yet appeared anywhere accessible for the ordinary collector. How can you expect to sell something if potential customers do not know that it exists?

Vanuatu issued 4 Christmas stamps on 6 November 2013. The stamp designs take the pleasing form of cartoon depictions of Father Christmas visiting Vanuatu and were designed by Lucas Kukler and printed in lithography by Southern Colour Print:- 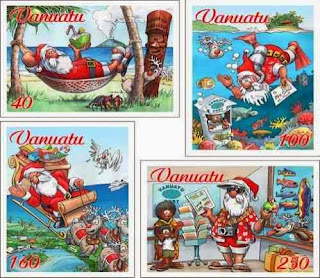 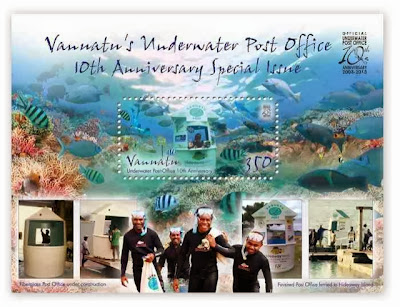 Undoubtedly one of the most bizarre issues to have appeared to commemorate the birth of Prince George Of Cambridge is that which was issued by Turks And Caicos Islands on 1 October 2013. The little prince himself appears in a tiny vignette in the border of the sheetlet of 3 different $1 stamps and similarly in the lower left part of the border of the single value miniature sheet.The designs of the stamps themselves are given over to depicting characters from Alice In Wonderland which seems rather unfortunate to me for as far as I can remember there is only one baby who appears as a character in that particular book - that belonging to the Duchess - and the baby in question turns into a piglet which we hope will not be the fate of Prince George. Honestly, in the rush to be the first to cash in on topical events does anyone ever really think about exactly what they are depicting on some of these new issues? Whoever came up with the idea for this set really ought to be banned from being allowed to be involved in stamp production ever again:- 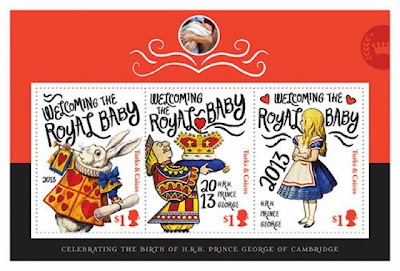 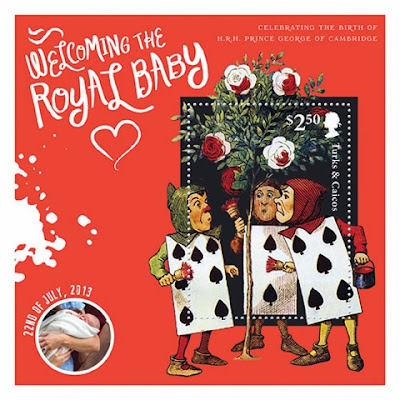 Pitcairn issued 6 stamps on 18 December 2013 which depict the ship landing point at Bounty Bay on Pitcairn. The stamps were designed by Denise Durkin and lithographed by Southern Colour Print:- 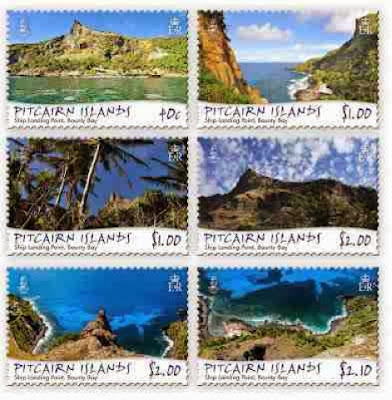 Returning to the subject of The Year of The Horse, Singapore will issue 3 stamps and 1 Collectors' Sheet on 3 January 2014 to commemorate the lunar new year. The issue was designed by Leo Teck  Chang and the stamps were lithographed by Southern Colour Print while the sheet was lithographed by Cartor:- 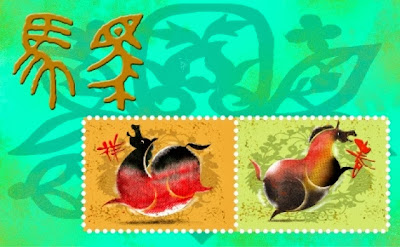 I have previously mentioned the 5 stamps issued by Malawi on 12 July 2013 which depict local dancing. However there is also an accompanying miniature sheet which I depict below:- 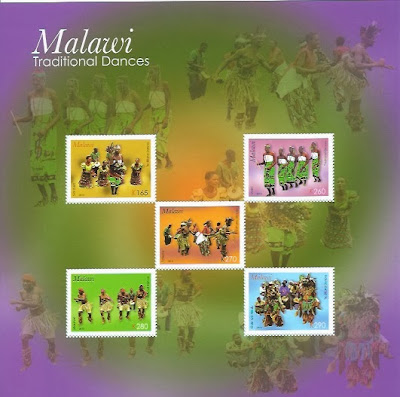