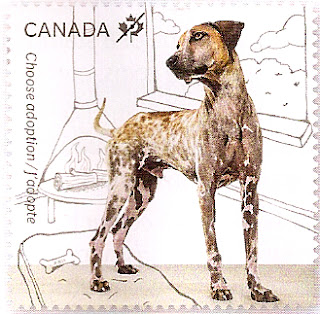 The current profusion of dog-themed stamps I have described in recent blogs is added to by two further issues from Commonwealth countries - Canada and Solomon Islands. On 22 April 2013, Canada will issue 5 self-adhesive stamps from a booklet and 1 gummed miniature sheet to promote the adoption of a pet - 2 of the values depict dogs, 2 depict cats and 1 portrays a parrot. They are certainly very attractive stamps and the appealing look of the animals may well persuade a few Canadians to adopt a pet.

Other upcoming issues from Canada include one "P" self-adhesive stamp issued in a booklet of 10 stamps  on 9 April 2013 which commemorates the 150th anniversary of the formation of the Prince Of Wales' Own Regiment; on 1 May 2013, 8  different "P" self-adhesive stamps in booklets of 8 plus a gummed miniature sheet which depict Gates to various Chinatowns in Canada, and on 8 May 2013, 1 self-adhesive "P" stamp from a booklet of 10 which commemorates the 60th anniversary of the Coronation of Queen Elizabeth II:- 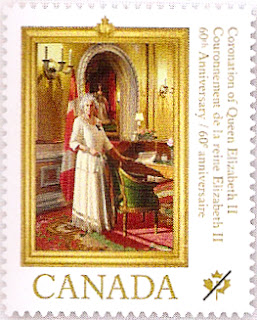 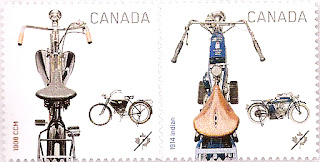 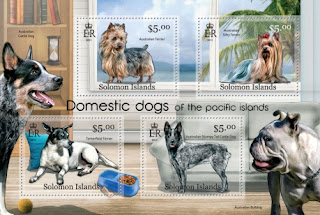 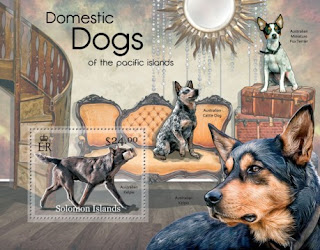