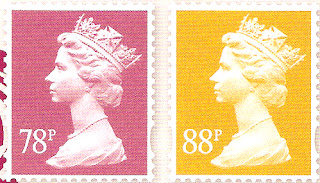 Royal Mail is not altering its first and second class domestic postal rates this year although there are a number of alterations on other rates and there are to be 5 new definitive stamps released on 27 March 2013 as a result (rates are altered on 2 April). The rate for worldwide Airmail is altered from 87p to 88p but the £1.90p rate for a worldwide 40g letter is reduced to £1.88p (see illustration below). Two additional stamps are also issued for ordinary-sized and large 1st class postage which is to be signed for (respectively £1.55 rising to £1.70 on 2 April and £1.85 rising to £2.00 on 2 April):-

All 5 stamps are printed in photogravure by De La Rue Security Print and perforated 15 x 14 or, in the case of the Large Signed For stamp, perf. 14. 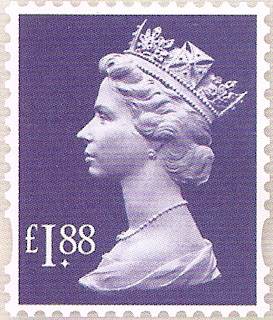 Life is not so simple with Royal Mail as all that - there are also to be 4 new regional stamps in the 88p rate for England, Scotland (possibly one of the last to be issued by Royal Mail if Scotland becomes an independent country in 2016), Wales and Northern Ireland. These stamps are lithographed by Cartor and perforated 15 x 14:- 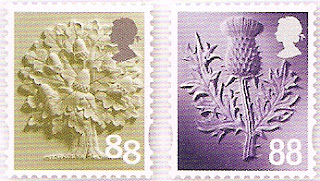 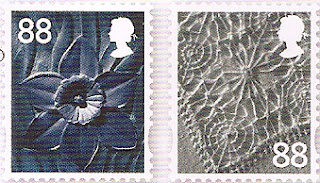 The ongoing British Postal Museum Post And Go series has been added to by the production of 6 new stamps using the Union Jack design (the 3 highest values are depicted here). The stamps were first available from the Hytech machine at the museum on 21 February 2013:- 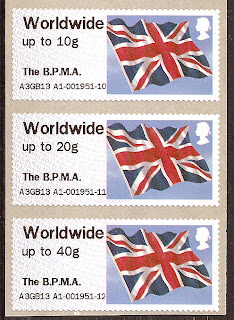 I also depict the 2 second class postage Post and Go stamps, printed by Walsall Security Printers, which were released on 20 February 2013. These will become available in machines in post offices across Britain during the course of the summer of 2013:- 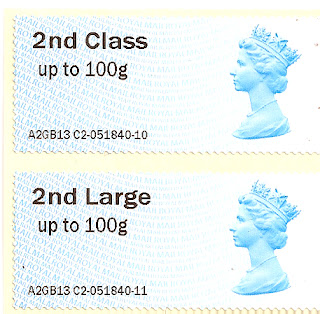 I return to Blog 210 which was on the subject of the British Dependency of Akrotiri And Dhekelia so that I can depict 2 more covers which I have recently obtained. The first illustrations show a cover from RAF Akrotiri Station (BFPO 53) dated 1 June 1957 which was 3 years before the establishment of the United Kingdom Sovereign Bases in Cyprus which occurred when Cyprus became an independent country. The cancel, on a contemporary British twopence halfpenny Wilding definitive, consists of wavy lines and a square box in 2 lines which reads "FIELD POST OFFICE 3" with the date "1 JUN 57". 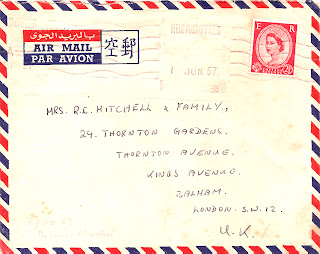 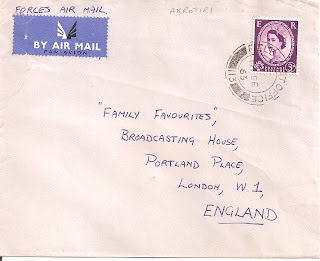 The cover is addressed to "Family Favourites" at Broadcasting House in London. I vaguely remember from my childhood that Family Favourites was a popular BBC radio show of the time which often broadcast messages and music requests from military personnel serving abroad for their loved ones back home. An interesting little piece of social history particularly as the BBC is just this week closing down Broadcasting House and moving to a new building. 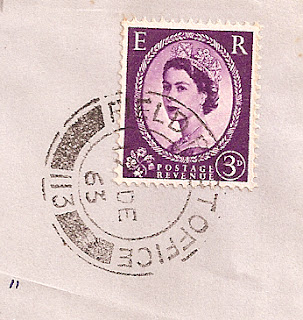