212. More Dogs, A Racehorse, A "Disappearing" Princess And Madonna.

Jersey has a long list of new issues for the first half of 2013, all very nicely designed using original art rather than photographs manipulated with a computer, and generally featuring subjects with local relevance to Jersey while retaining an interest to a broad range of collectors. Following on from the Australian dog stamps mentioned in Blog no. 211, Jersey issued 6 dog-themed stamps on 8 March 2013 to commemorate the Jersey Kennel Club:- 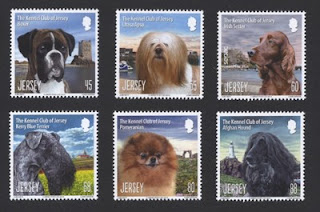 An issue to be made on 11 April 2013 will move Jersey from the subject of dogs to horses when it releases 4 stamps which feature the racehorse Corbiere which won the English Grand National race in 1983:- 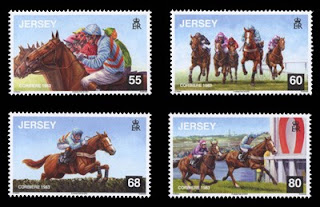 And from horse power to mechanical forms of transport with the issue of 4 stamps on 19 March 2013 which feature postal service vehicles as Jersey's participation in the annual Europa series:- 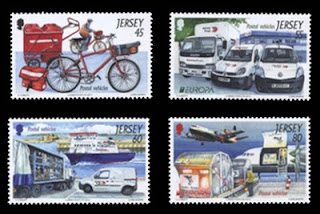 and more road transport with a set released on 2 April 2013 which consists of 6 stamps whose designs feature bus transport on the island:- 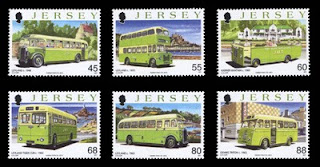 These are all excellent designs and are very collectable especially as they do not seem to be accompanied by any miniature sheets or booklets. My only complaint is that there are just too many sets being issued in a relatively short time period for such a small territory. Meanwhile the Lithuania-based Stamp Agency, Stamperija has released more philatelic items with the name of Mozambique printed on them. These productions number a total of 15 sheetlets (each containing 6 different stamps making a total of 90 stamps) and 15 miniature sheets and are said to have been issued on 30 October 2012 under the title of "Anniversaries II". These items are even more eccentric than usual and consist of sub-sets entitled "Princess Diana - 15th anniversary of her disappearance" (I thought she had died and not disappeared!):- 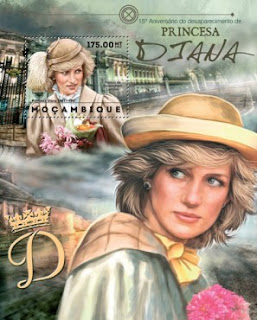 the 80th anniversary of the birth of Diana Fossey:- 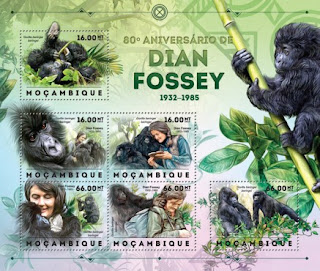 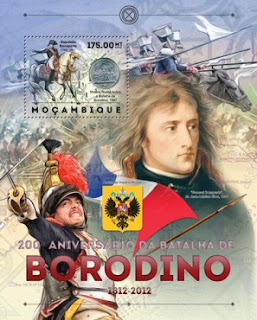 "Stars" of modern music, including the US singer "Madonna":- 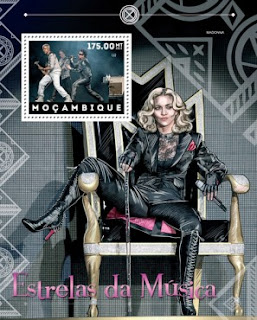 and the commemoration of the 90th anniversary of the birth of an altogether more deserving person, Dr. Christiaan Barnard, who performed the world's first cardiac transplant in 1968:- 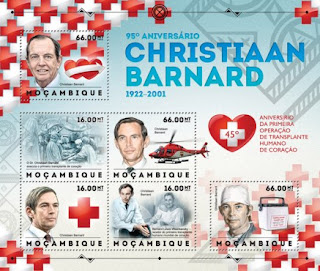 Needless to say none of these items, except perhaps the AIDS issue, appear to have any connection to Mozambique itself but they clearly have great visual appeal to some collectors especially those who are interested in the subjects depicted and there must be a fair number of people who are prepared to hand over their money to Stamperija to obtain these items. An interesting phenomenon, isn't it?