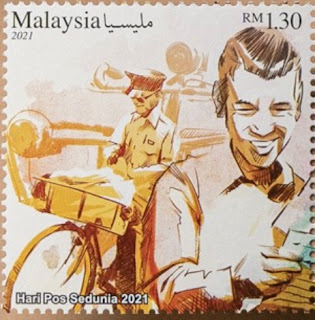 🇲🇾 Pos Malaysia issued a se-tenant pair of stamps on 9 October 2021 to commemorate World Post Day and themed Honouring our past, celebrating our future. Rating:- ***. 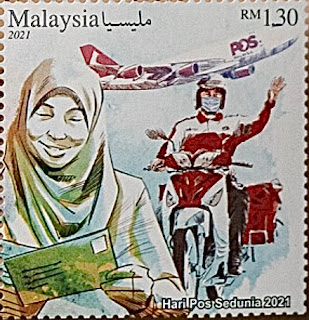 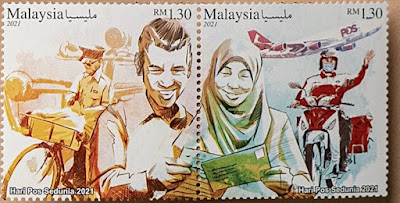 🇸🇱 It seems increasingly likely that the despicable stamp agency known as Stamperrhoea, sorry, Stamperija, no longer has a contract with Salpost, the postal service of Sierra Leone. Certainly if one visits Salpost’s internet site and looks at the section on stamps there is no evidence of Stamperija’s products being offered for sale except that the section on definitive stamps does feature one of the ‘definitive’ stamps released in 2018 and publicised by Stamperija. Interestingly the items depicted to represent commemorative stamps are exemplified by a sheetlet issued around the beginning of this century to celebrate the life of Queen Elizabeth The Queen Mother. This item was produced by IGPC which may or may not be considered to be the lesser of two evils.

This of course is only speculation. But with Maldives Post appearing to be also free of Stamperija and with the Mozambique postal service now defunct there does not seem to be a single Commonwealth postal administration, for the present at least, which is prostituting its philatelic reputation to the Lithuania-based purveyors of paraphilatelic products. 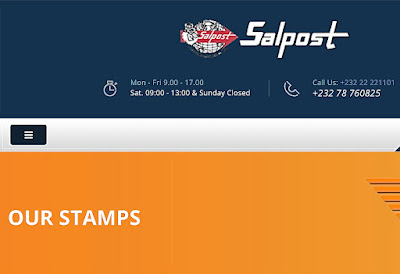 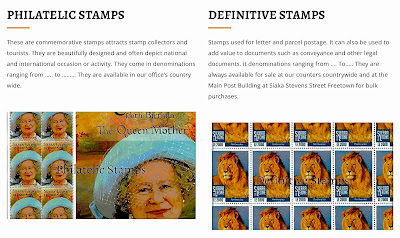 🇦🇬 Having mentioned IGPC I note that the following item is currently being offered on an internet auction site. It is a miniature sheet which the IGPC internet site states was issued on 28 April 2021 but unlike the item featured on the IGPC site has the top right stamp neatly missing from it. At first glance one might think that this is a startling error of printing but to have such a perfectly blank area on the sheet precisely where the stamp would have been must suggest that this was printed in this state entirely intentionally. Is this the latest ruse by this purveyor of philatelic items - the intentional production of items containing what look like errors to boost sales? I seem to recall that the same trick was employed in the mid-1980s by the agency first known as Philatelists Ltd and afterwards, I think, Philatelic Distributors, and that agency pretty rapidly descended into the slough  of bankruptcy. 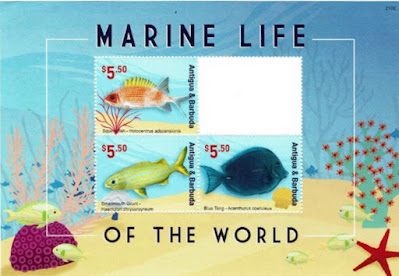 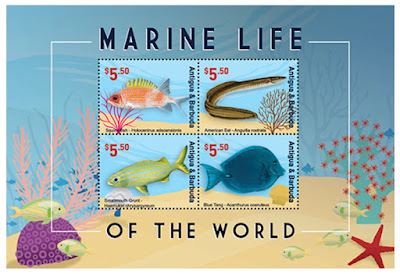