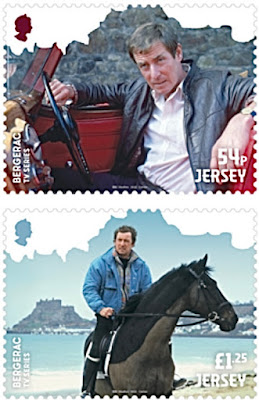 Jersey Post will issue a set of 8 stamps on 18 October 2021 to commemorate the 40th anniversary of the first broadcast of the then highly popular BBC television detective series Bergerac which was set in and filmed in Jersey and which starred the actor John Nettles as the eponymous hero. A worthwhile issue I think which will appeal to those British collectors who like a bit of nostalgia featured on their postage stamps. The issue was lithographed. Rating:- ****. 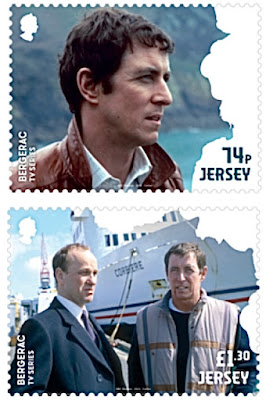 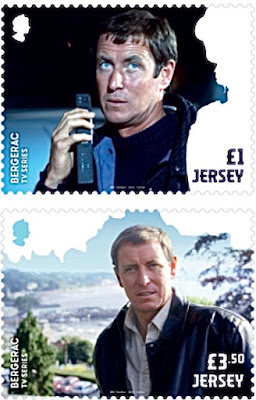 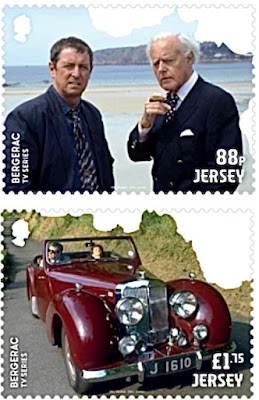 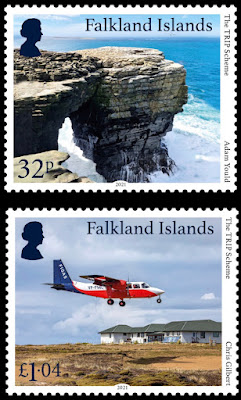 🇫🇰 The postal service of Falkland Islands will issue another fine set of 6 stamps on 22 October 2021 drawing attention to the territory’s Tourism Incentive Recovery Plan (TRIP) and featuring some interesting aspects of Falkland Islands tourism including two species of birds. The issue was designed by Bee Design and lithographed by Cartor and the stamps are perforated 13 x 13.5. Rating:- *****. 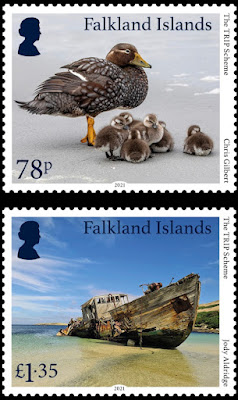 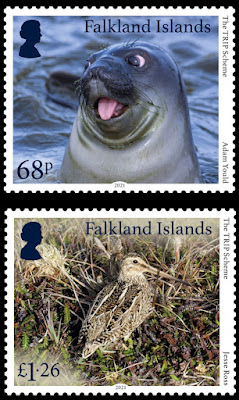 🇮🇳 India Post has issued two My Stamps (personalised stamps) recently in the usual format of sheets of 12 stamps with attached labels and sold at a premium. A stamp released on 28 September 2021 commemorated the Centenary of Terumo (“a global leader in medical technology”).There have been few stamps in the history of philately which have had so boring a design.

Previously a stamp was issued on 19 August 2021 to commemorate the Captain Manoj Kumar Panday UP Sanik School in Lucknow Heerak Jayanti Year celebrations 2020-21. 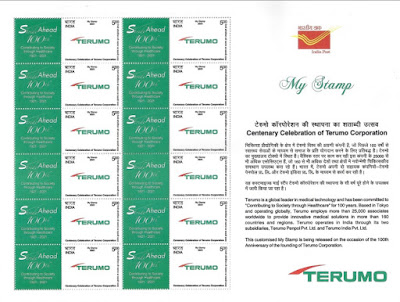 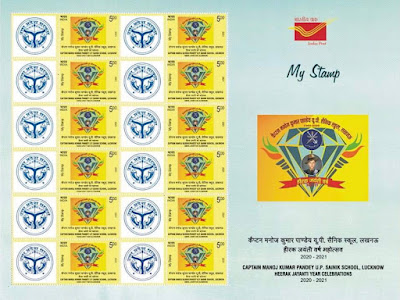