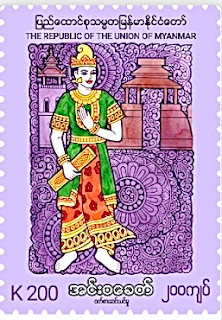 🇲🇲 In Blog 1947 I mentioned a new issue of 2 stamps from the postal service of Myanmar which depicts historic costumes from the country. It now appears that there are four more stamps which are part of the issue although they may not have been issued on 27 September 2021 but may be due to be released soon (the announcement is in untranslated Burmese so I have difficulty fully understanding it’s contents). The costumes are from the Bagan and Innwa eras. A very attractive and interesting issue. Rating:- *****. 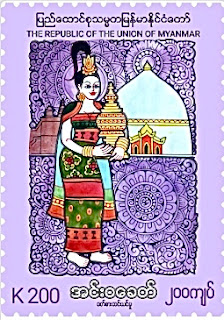 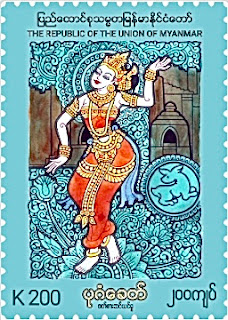 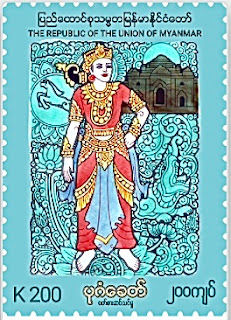 🇱🇰 The postal service of Sri Lanka issued a sheetlet containing 10 different stamps on 2 September 2021 to commemorate World Coconut Day. The stamps were designed by Jagat Kosmodara and were lithographed by the Department of Government Printing. Rating:- ****. 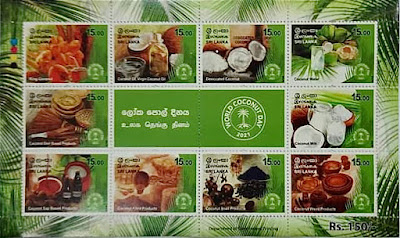 🇳🇿 New Zealand Post will issue a set of 4 stamps and 1 miniature sheet containing all 4 stamps on 7 October 2021 to commemorate the Hindu festival of Diwali. The issue was designed by John Morris and lithographed by Southern Colour Print and the stamps are perforated 14.5 x 14. Rating:- **. 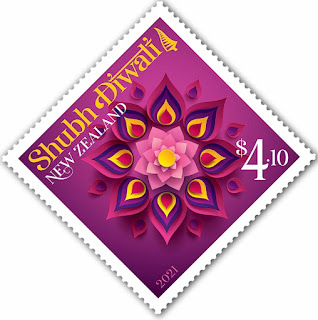 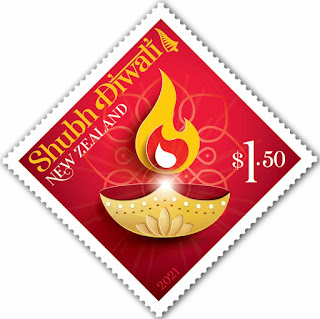 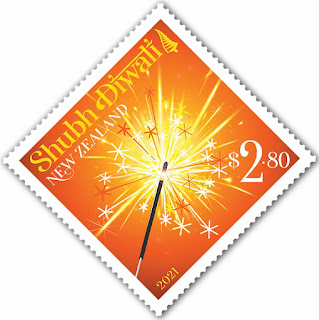 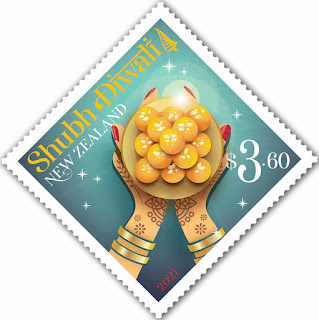 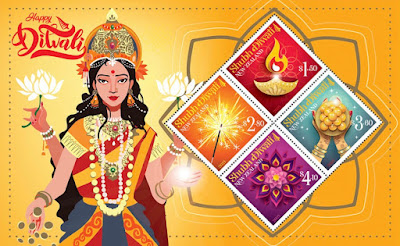