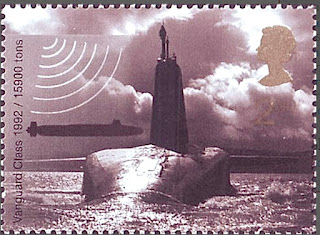 🇦🇺🇬🇧🇺🇸🇮🇴 Recently stamp collectors have been quite exercised about the rather worthless pronouncement by the Universal Postal Union that stamps inscribed British Indian Ocean Territory should not be used on mail from the Chagos Islands and only stamps inscribed Mauritius which claims the islands should be used on mail from the territory even though there is no Mauritian post office in the Chagos.

Well the announcement of the establishment of the new alliance between Australia, United Kingdom and United States called AUKUS whereby Australia will not buy French diesel-powered submarines but instead have nuclear-powered submarines produced by the members of the new alliance must surely ensure that there is not a snow ball’s chance in hell of The United States with its huge and vital military base on Diego Garcia giving up the base nor allowing the British to hand the territory over to Mauritius. If there were any chance of BIOT stamps coming to an end before, this new military development should ensure that BIOT stamps will continue to appear for use by civilian workers in the territory.

A splendid link to this story of course is the miniature sheet of 6 different stamps which was issued by BIOT in 2001 which depicts Royal Navy submarines:- 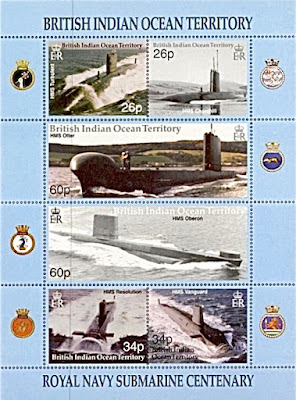 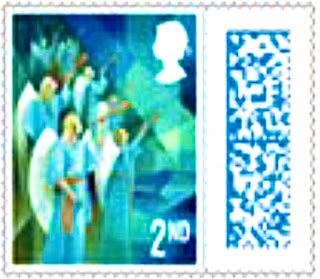 🇬🇧 Illustrations of the Royal Mail Christmas stamps due for release on 2 November 2021 have been sent to me by an anonymous source whom I thank. The set is made up of 8 stamps and there will also be an accompanying miniature sheet and a ‘generic sheet’ and 2 booklets containing 12 x 2nd Class stamps and 12 x 1st Class stamps. No other details are currently available. The 2nd Class (66p) and 1st Class (85p) clearly come in two types - with and without a barcode. The other values are 2nd Large (96p) and Ist Large (£1.29p), £1.70p and £2.55p. The miniature sheet will cost £9.52p and the cost of the booklets will be £7.92p and £10.20p and the Generic sheet price will sell at £21.75p. These are attractive stamps even when seen in rather blurred illustrations and I am pleased to see the religious theme as the subject of the 2021 stamps. Despite all this, it’s not easy to ignore the fact that even stamp issues as basic as those for use on Christmas mail now cost the one-of-everything collector a small fortune. Pity. Rating:- ****. 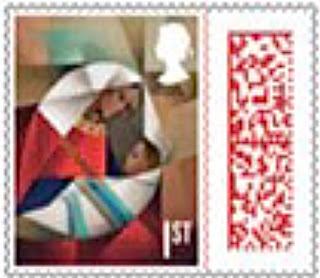 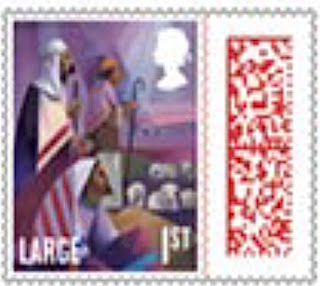 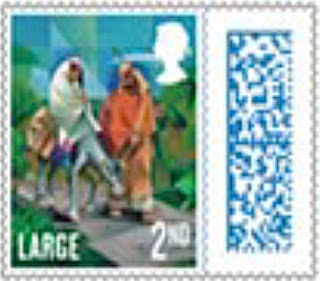 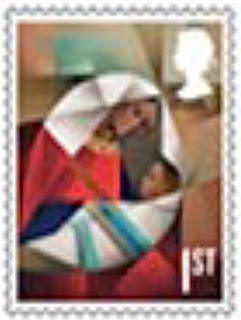 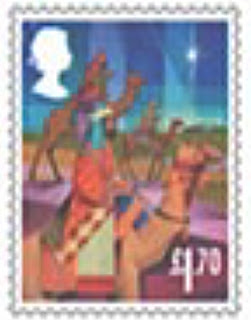 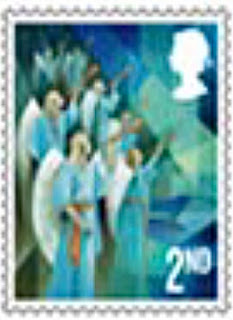 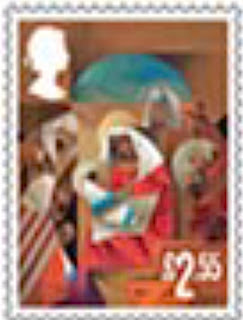