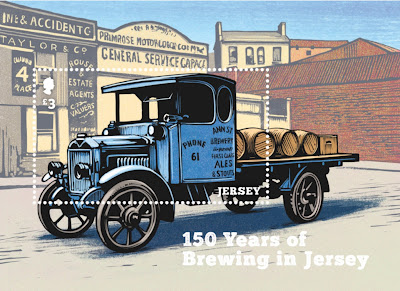 🇯🇪 It’s hard not to like the new issue to be released by Jersey Post on 5 October 2021 which will commemorate the 150th anniversary of brewing in Jersey despite it only being one issue among a very large number which have appeared from that island’s postal service during 2021. The issue commemorates  the founding of the Ann Street Brewery in St Helier which was founded by JS Palmer in 1871 and it is now known as the Liberation Brewery. This delightful issue with local relevance was designed by Chris Wormell and was printed in lithography. Its rating is lowered because it is released against the background of persistent excessive issuing. Rating:- **. 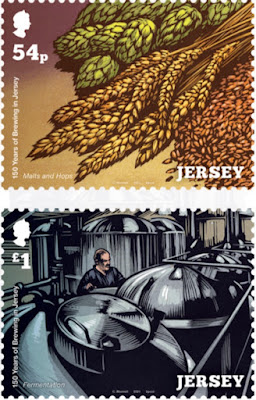 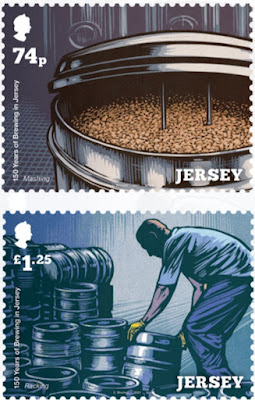 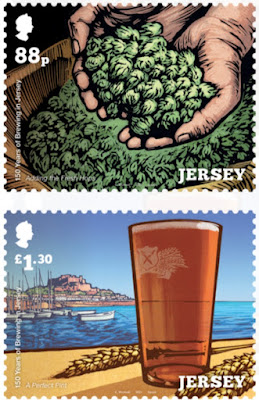 🇮🇲 I’m afraid that I do not have any enthusiasm for the issue planned by Isle Of Man Post Office for release on 20 September 2021 which is titled ‘Stay Connected” and which is produced in cooperation with the Greeting Card Association. The issue marks Thinking of You Week 2021 and the publicity about this issue points out that 1 October will be World Postcard Day. The issue takes the form of a sheetlet of 6 x 1st Class (62p, I think) Triskillion stamps (total face value £3.72p) with 6 attached non-postally valid labels and is said to be in a limited edition of 1750. The sheetlet is sold, it appears, only in a pack which also contains 5 postcards and the pack price is a hefty £8, way above the face value of the stamps.

I think this is a good subject for which to issue stamps but it is quite unreasonable to expect stamp collectors to pay above double face value for an issue if they do not collect postcards as well. Presumably the lure is the 1750 ‘limited edition’ nature of this item. Isle Of Man Post Office already issues far too many stamps and limited editions are not going to tempt me to buy stamps which are being sold at way above face value whether or not they are accompanied by postcards which I do not want. A pity, in some ways the sheet is a nice little issue.

The stamps were designed by EJC Design and lithographed by Lowe Martin and are perforated 14. Rating:- *. 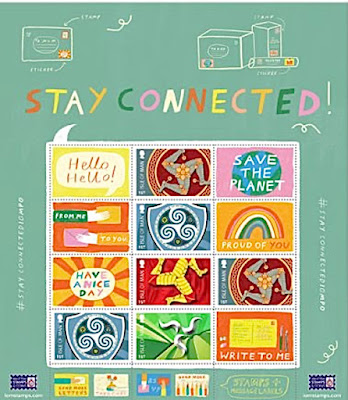