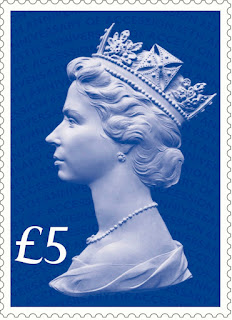 As September advances the realisation comes to me that 2022 is not that far away. Collectors, we few we unhappy few, usually enjoy speculating about what new issues will be released by the postal services whose stamps we collect, or once collected, in the coming year. Once upon a time we could rely on known events and known significant anniversaries to point us in the right direction but now those responsible for new stamp issues, who appear in some cases to be immature men in early middle age obsessed by comics and ephemeral popular culture, choose more often than not to project a positive national image glowing with national pride honouring national heroes and celebrating the country’s genuine culture, inspiring history and national beauty but to concentrate on making a fast buck, which I suppose is their brief, for the degraded organisation and its shareholders, for which and for whom they work. Hence the power of prophesy has largely been taken away from the stamp collector since there is no guarantee that a significant national anniversary will receive philatelic commemoration just as it is impossible to predict which piece of popular contemporary North American culture will next be featured on a country’s postage stamp whether or not the subject can be shown to have the slightest connection with that particular country.

So given that just about anything may now be featured on huge numbers of philatelic products released by postal administrations let’s just think what might still be coming up from Commonwealth philatelic services, especially Royal Mail, in the coming year.

The big philatelic event I assume will be the Platinum Jubilee of Elizabeth II, Queen of The United Kingdom, Canada, Australia, New Zealand, Jamaica, Papua New Guinea, Bahamas, Grenada, Antigua And Barbuda, Saint Lucia, St Vincent And The Grenadines, St Kitts And Nevis, Belize, Solomon Islands and Tuvalu and all the dependent territories, as she succeeded to the thrones of those territories on 6 February 1952 when her father George VI died whilst she and husband were visiting Kenya (note that while she is also presently Queen Of Barbados that particular country is planning to become a republic on 30 November this year). There’s clearly a potential for a large number of issues from all or some of these territories especially as the Queen is also Head of The Commonwealth which gives a particular justification for all members of that organisation to participate in such an issue. 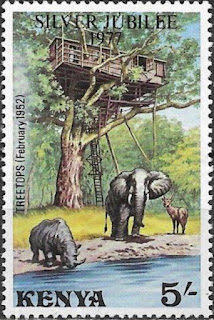 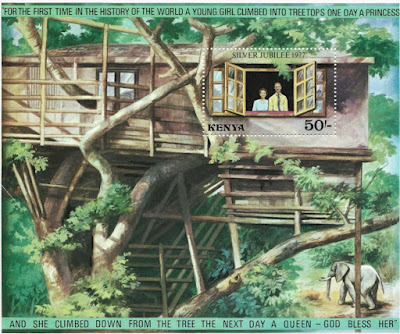 Another big Commonwealth event for 2022 will be the holding of the Commonwealth Games in England’s second city, Birmingham, from 28 July to 8 August. It is to be expected that Royal Mail would mark this event with a stamp issue though as the Games are not taking place in London we may see nothing more exciting than a specially painted postbox and a commemorative postmark.

We must expect a special issue from Royal Mail, probably early in the year, to commemorate the ‘Heroes’ of the COVID-19 pandemic as in the last few weeks British schoolchildren have been busily engaged in preparing designs for such stamps by participating in a Royal Mail competition. I assume that one of the designs will feature a depiction of the now legendary centenarian, Major Tom, though such an assumption may be ill-judged given those that decide on the subjects which are to appear on Royal Mail stamps tend to prefer featuring fictional American psychopathic killers such as The Joker in preference to genuine British heroes.

Other possible Royal Mail issues related to anniversaries in 2022:-

16 March (1872) - 150th anniversary of the first FA Cup final in which Wanderers beat the Royal Engineers - surely there must be a stamp issue for this notable sporting anniversary. 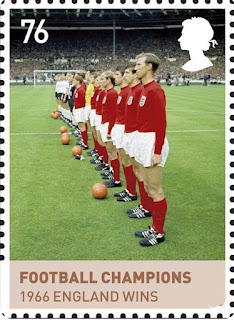 12 July (1962) - 60th anniversary of the first ever concert by The Rolling Stones performed at The Marquee Club in London. Does this mean that The Rolling Stones will be the subject of another one of those tiresome ‘Music Giants’ issues which feature worn out old popular musicians? - probably.

18 October (1922) - Centenary of the establishment of the British Broadcasting Corporation (BBC). There’s no chance that this anniversary will be missed as an opportunity to feature popular television programmes to entice collectors and non-collectors alike to spend, spend, spend. Do note that 2022 is the 50th anniversary of the first broadcast of the BBC’s camp comedy of innuendo, Are You Being Served? so we may yet see Mrs Slocombe’s pussy being featured on a British postage stamp. 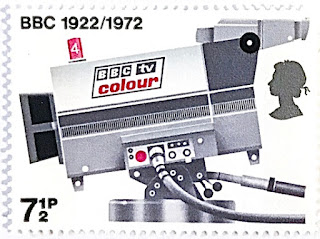 31 August (1977) - 25th anniversary of the death of Diana Princess of Wales. No Royal Mail stamps obviously but a flood of ‘tribute’ issues from the likes of IGPC I expect. 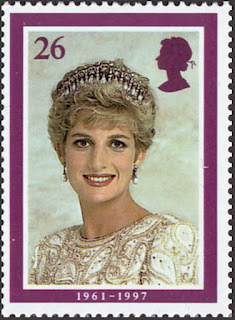 Miscellaneous other Royal Mail issues - the usual Christmas stamps I suppose, some items featuring a children’s book or television series (perhaps tying in with the BBC Centenary issue), a set featuring a subject related to animals or wildlife, a set on a themed subject featuring landscapes and a set commemorating some aspect of genuine British history. 2022 will see the anniversary of the Independence of India and Pakistan but no Royal Mail commemoration of the anniversaries is expected.

So there we are, 10 suggestions for possible Royal Mail issues in 2022. Add in some more issues celebrating more American comics or films or other aspects of popular culture and we have almost put  the full Royal Mail programme together - hundreds and hundreds of pounds-worth of it. 2022 - I can hardly wait.

Post scriptum - Three Commonwealth countries achieved their independence in 1962 so it is not at all unlikely that all three countries - Jamaica, Trinidad And Tobago and Uganda will issue stamps during 2022 to commemorate the Diamond jubilee of the granting of Independence to them.