1938. 🇬🇦 Gabon Has Applied To Join The Commonwealth. 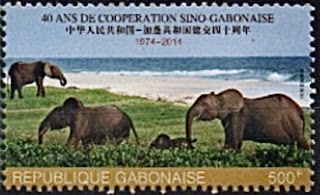 🇬🇦 One recent news story which escaped my attention up until now is that which reported that the President of Gabon, Ali Bongo Ondimba, is keen for his country to be admitted to membership of The Commonwealth and indeed his government has applied to join the association. In May 2021 it was reported that President Bongo said that Gabon intends to join The Commonwealth “in a short time” and that this was “a historic turning point”. He made this announcement in London after a meeting with Lady Scotland, the Commonwealth Secretary General.

Bongo, it appears, intends to take Gabon into the Anglosphere as part of his planned modernisation of Gabon, believing, it is reported, that English is the language of business. Bongo wishes to diversify the Gabon economy and “achieve sustainable development in the country”. It is generally felt in Africa that economic development tends to be more dynamic in English-speaking African countries than the Francophone states and the Gabon Foreign Ministry has stated that Gabon intends “to vary its development choices based on the development models of the English-speaking countries”. When President Bongo made his announcement he was hoping that Gabon’s proposed membership of The Commonwealth would be discussed at the Commonwealth Heads of Government Meeting (CHOGM) which was due to be held in Kigali in Rwanda in June but consideration of Gabon’s proposed membership has been necessarily delayed because of the indefinite postponement of the CHOGM due to the COVID-19 pandemic.

From the Commonwealth new issue stamp collector’s point of view, Gabon’s joining The Commonwealth is not too daunting a prospect since it is another one of those African countries which usually have a very conservative new issue programme. Sometimes several years elapse before a stamp issue is released. It is interesting to note that although Gabon now wishes to join The Commonwealth while remaining part of the Francophonie community, it has also been enjoying close relations with The People’s Republic Of China. One of its most recent stamp issues, released in 2014, commemorated the 40th anniversary of its relations with China and has the appearances of one of those sets we see so often which have been gifted to the Gabon postal service by the Chinese to draw attention to the links between the two countries. The set is made up of 4 values in a se-tenant strip, two depicting Chinese and Gabonese wildlife and the other two depicting notable buildings. The issue also includes a single stamp portraying the Chinese and Gabonese leaders and all 5 stamps are included in a miniature sheet.

A single stamp was also issued in 2014 depicting President Ali Bongo who took over the presidency on 16 October 2009 following the death of his father Omar Bongo who had ruled Gabon from 1967. Ali Bongo was re-elected in 2016 amid, according to allegations in Wikipedia, “numerous irregularities, arrests, human rights violations, and post-election protests and violence”. If those allegations are true and improvements have not been made, there is little chance of Gabon being accepted as a member of the Commonwealth.

No further stamps were then issued until 2018 when a complicated issue commemorating the country’s Constitutional Court was released. This issue was made up of a sheetlet containing 11 different stamps depicting the court’s judges and 2 single stamps, 1 single stamp miniature sheet and a booklet containing  panes each with some of the stamps included in them. 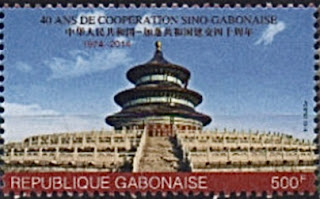 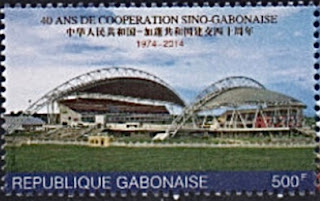 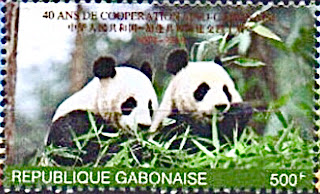 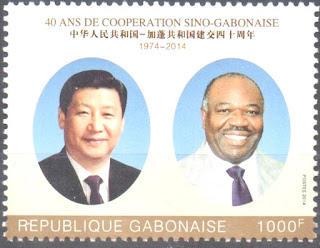 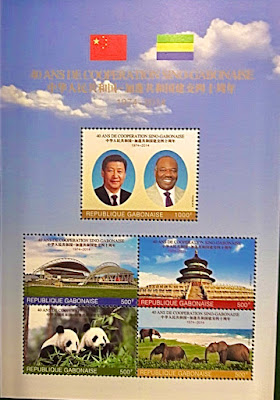 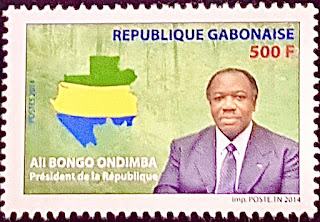 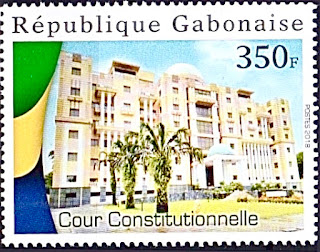 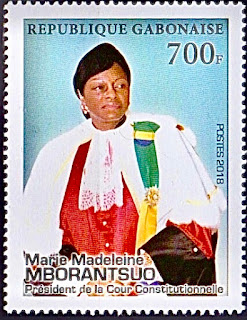 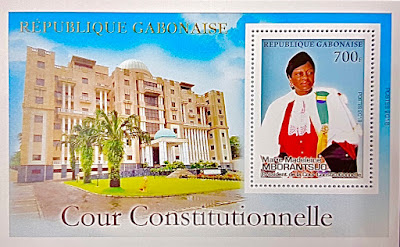 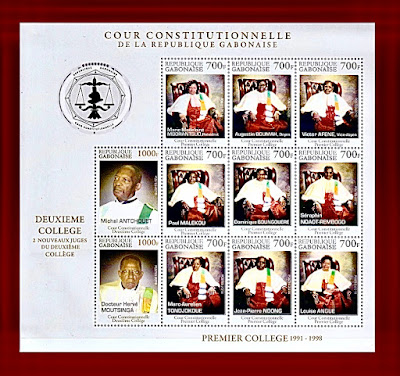 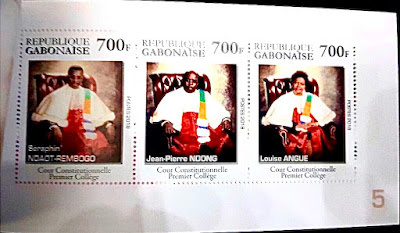 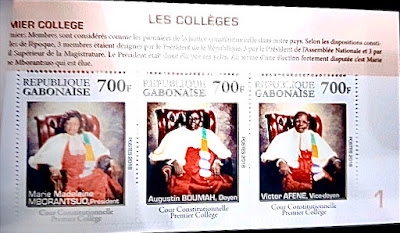 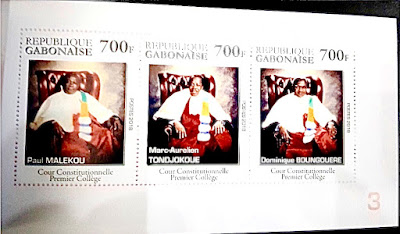 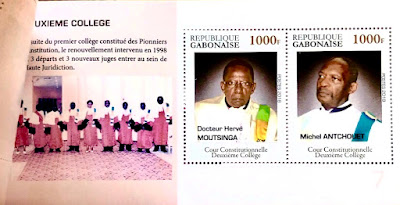 President Bongo first expressed interest in his country joining The Commonwealth in 2012 (see Blog 195) when he was having a spat with the French government but 9 years later he finally seems to have put the country’s name forward for Commonwealth membership. Gabon therefore joins a growing list of territories which wish to join the organisation including Zimbabwe, South Sudan, Angola, Surinam, Sudan and possibly Burundi with other names such as Timor Leste having been mentioned in the past. How many make it across the line in the foreseeable future remains to be seen.