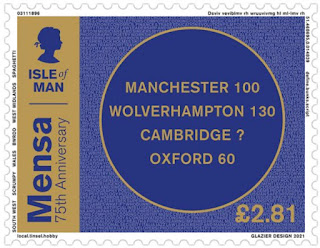 🇮🇲 When it comes to meeting sales targets it must be difficult for those responsible for maximising a postal service’s profits from philatelic sales, and presumably if they fail they get the sack, to constantly come up with new ideas about which stamp collectors will not moan (though the best policy clearly is to completely ignore collectors’ opinions, after all there’s always a bunch of idiots out there going to spend large amounts of money on your products for the sake of completeness no matter what the subject matter is). You could say that for managers charged with producing a profitable stamp programme it is all a bit of a brainteaser.

Someone who decides on Isle Of Man Post Office’s new issue programme must have been scratching their head trying to decide what may earn a few pennies for the organisation and seems to have taken this personal brainteaser as inspiration for the theme of one of the island’s new issues - puzzles set by MENSA to commemorate the organisation’s 75th anniversary. MENSA was founded in England in 1946 (so not a Manx anniversary you will note) by Roland Berrill, a barrister, and Dr Lance Ware who was clever enough to be both a lawyer and a scientist (“such men are dangerous” as Caesar said of Cassius). According to publicity for the stamps, “They had the idea of forming a society for bright people, the only qualification for membership of which was a high IQ. The original aims were, as they are today, to create a society that is non-political [though in doing so they were not bright enough to see that they were acting politically - WK] and free from all racial and religious distinctions. Mensa means table in Latin and the organisation was so named because Mensa is a round-table society….” . It seems ironic that this organisation exists and  takes pride in not discriminating against anyone unless of course they’re not very bright in which case they are persona non grata! Regardless, collectors can try to answer the puzzles on the stamps and see if they are the right sort of person to become members of the elitist organisation.

The issue was designed by Glazier Design and lithographed by Cartor and perforated 13. The big question associated with this set is, “who is more intelligent - the collector who decides he/she must have the accompanying four pane Prestige booklet costing £18.54 or the collector who decides to spend that sum of money instead on a nice meal going out with friends? Answers on a postcard. The issue will be released on 1 October 2021. There is also a single ‘booklet pane’ containing all 6 stamps and on sale for £9.28. Rating:- *. 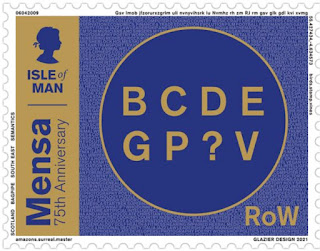 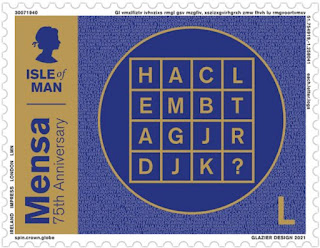 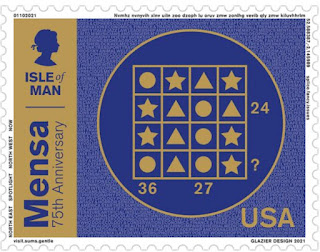 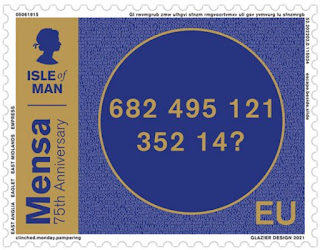 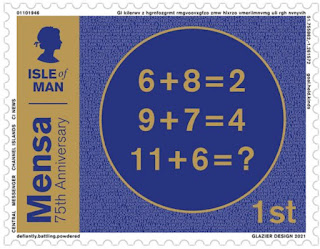 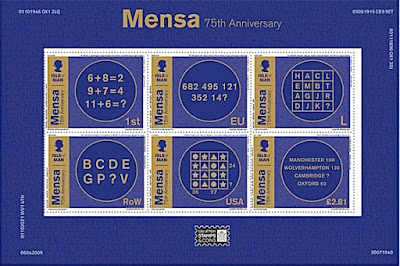 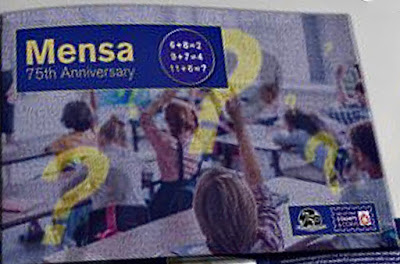 🇮🇲 Isle Of Man Post Office also intends to issue a set of direct relevance to the history of the island by commemorating the 250th birth anniversary of Captain John Quilliam, a local hero born in the village of Marown on 29 September 1771, who fought in the Battle of Trafalgar and in doing so helped to prevent Bonaparte’s attempts to invade Great Britain. He had a distinguished career with the Royal Navy fighting also at the Battle of Camperdown and also serving as British ambassador to the court of the Emperor of China. A local man worth commemorating on a special anniversary of his birth and celebrated with charming designs by Colleen Corlett. The 6 stamps were lithographed by Cartor and are perforated 13 and will be released on 25 September 2021. Rating:- *****. 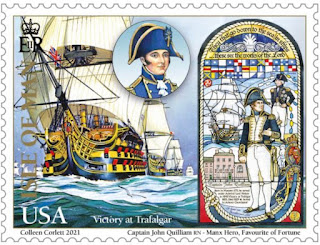 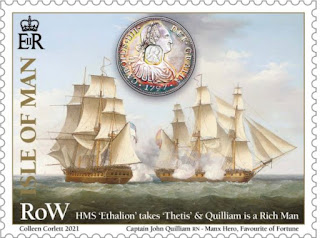 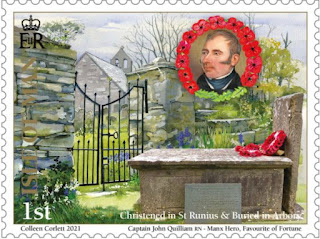 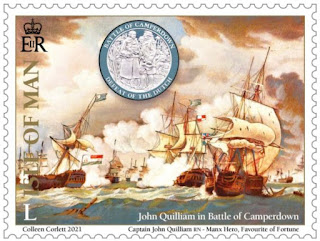 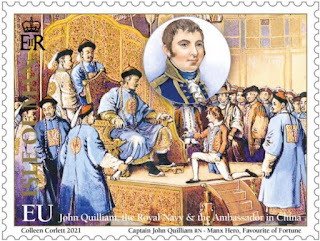 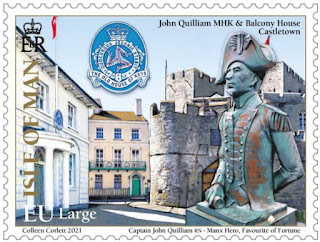 🇺🇸 🇻🇨 The New York-based purveyor of philatelic items, IGPC, will issue 2 miniature sheets inscribed St Vincent And The Grenadines on an unspecified date to cash in on the commemoration of the 20th anniversary of the 11 September 2001 terrorist outrages in New York (see Blog 601). The information put out by the ‘agency’ states that collectors are “able to purchase these stamp sheets from local Post Offices of the participating governments (similar items have also been produced with the inscription ‘Marshall Islands’)….” which is a remarkable statement given that they are supposed to be postage stamps for use in St Vincent and you would therefore expect them to be sold in post offices there to be applied to mail. Rating:- 0. 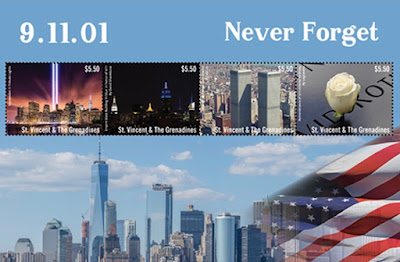 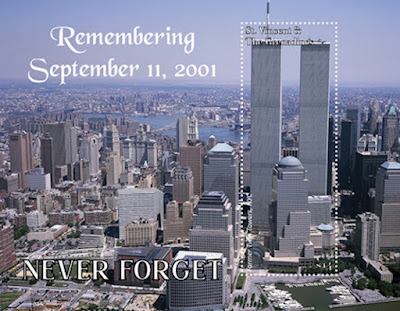