🇨🇦 Canada Post issued a single self-adhesive stamp produced in booklets of ten to commemorate the adoption of the poppy flower as a symbol of remembrance. This delightfully simple and bold design is by Blair Thompson of Believe in. Rating:- *****. 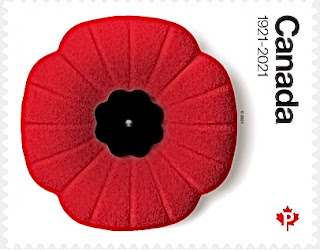 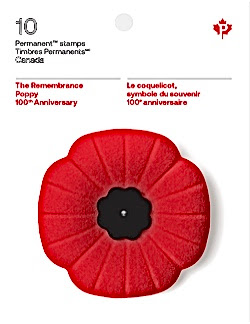 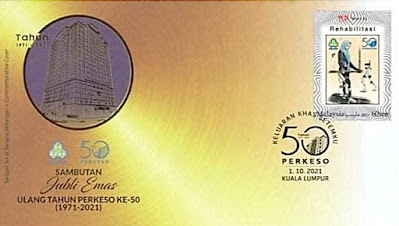 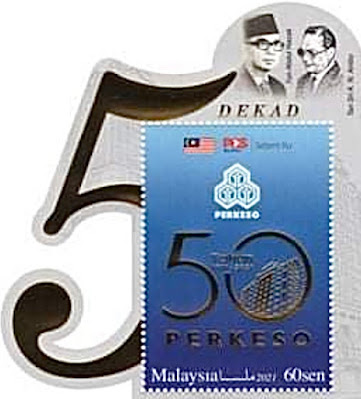 🇳🇬 I have previously mentioned the Revenue stamp issued in Nigeria (see Blog 1962) which was printed under the auspices of NIPost rather than the Federal Internal Revenue Service (FIRS) and for which the Nigerian postal service provided a ‘first day cover’ dated 3 August 2021. It was felt that this stamp is likely to be used for postage as well as fiscal purposes. I have now received an example of the cover and its ‘filler’ card has some text printed on it which describes the stamps as a ‘postage stamp’, “The postage stamp affixed to this cover (FDC) and released on 03/08/2021 is Nigerian Revenue Stamp …” and so I presume this must officially be a postal-fiscal stamp and is available to be used on mail. 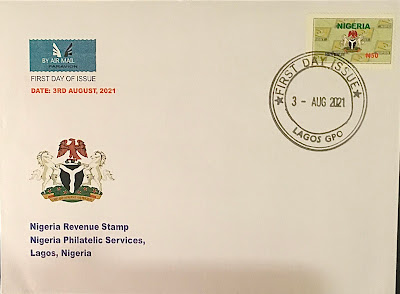 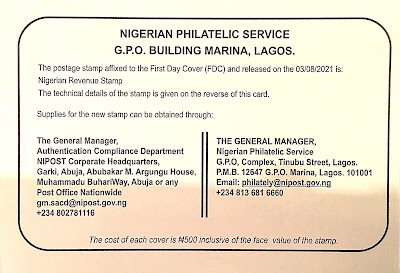 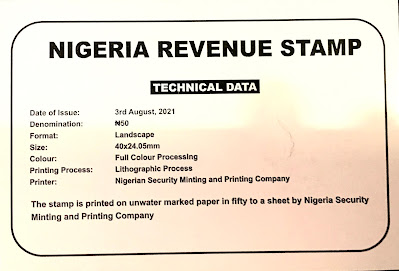