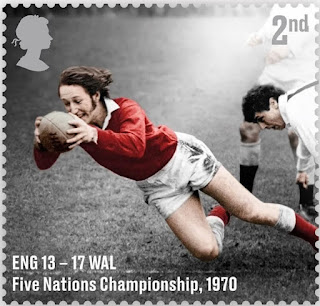 🇬🇧 One of the things I like about new issue collecting is what it tells us about the way things are. The stamps of the wealthy western nations’ post offices have to tread the path of political correctness and political neutrality to such an extent that certainly here in Britain so many subjects are likely to upset those who like to be offended that those who choose themes must tread a narrow footpath to the destination of an annual stamp programme.

In these present times even a subject like rugby football is fraught with political nuances which postal authorities must come to terms with so as to be able to avoid a torrent of complaints about what they are featuring on their stamps and the way in which they are depicting it.

One of the problems for Royal Mail is that it serves four regions of the United Kingdom - England, Scotland, Wales and Northern Ireland - all of which are labelled as being nations or countries (though the question of precisely what Northern Ireland is remains sticky to say the least) and the needs of each must be addressed. If it looks as though their own particular region (country) is not getting its share of the cake then the most likely people to be up in arms about it are the Scots and the Welsh and the English are the least likely to be a nuisance to those charged with deciding what should be what in the British Isles. Thus in any series of stamps it may be unwise for Royal Mail not to include designs which represent all four regions (countries), especially Scotland, and you certainly do not want to have any historical stamps commemorating English victories over the Scots nor sporting stamps in which Scots teams are defeated by  English teams.

So what do you do when you are charged with finding photographs of relatively recent rugby matches to illustrate the subject of the 150th anniversary of Rugby Union? Well, first be careful you achieve the right gender balance and if you are going to issue 8 stamps make sure four of them feature women’s rugby even though high level women’s rugby is a relatively recent phenomenon. Even now make sure you feature the Scots and the Welsh beating the English. Why wouldn’t you? But of course it’s alright to show even the English beating foreigners, so one stamp is allowed to show an English team winning - this time beating a team from Canada.

Then you get to the men’s teams - this time you get to show the Welsh and the Irish beating England, the philatelically-favoured Irish (not Northern Irish) beating the Scots and just to show you can show an English victory - as long as it’s not against the Welsh, the Scots and the Irish - you depict them beating the Australians which of course everyone can have a good laugh about.

It is dangerous when our postage stamps become so deeply charged with modern trendy political messages and I expect that Royal Mail would raise its collective hands in horror at the suggestion that it had done so but really, do they think we are that daft?

For what it’s worth these little gems were designed by True North and lithographed by International Security Printers and are perforated 14 x 14.5. Rating:- *. 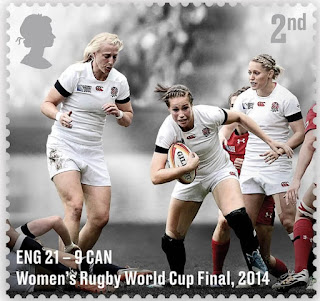 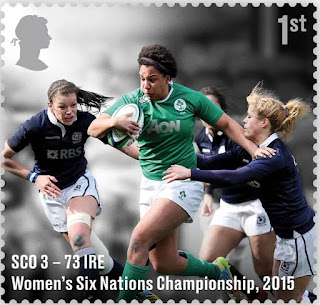 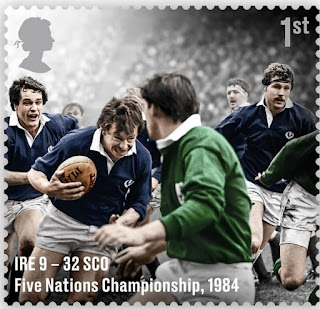 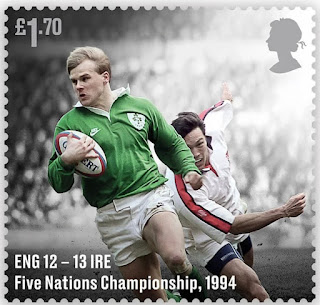 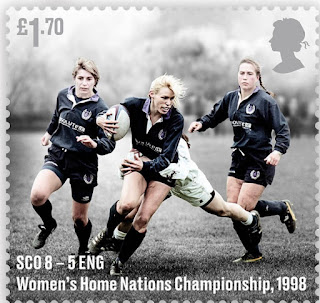 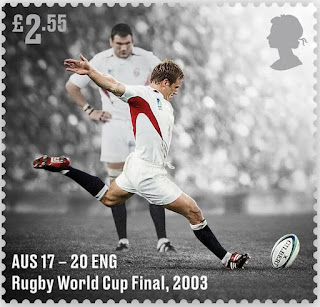 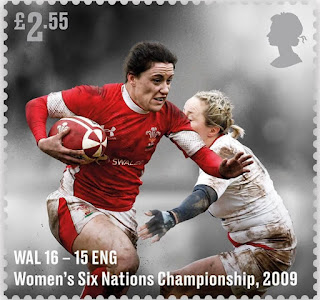