🇱🇰 Sri Lanka Post released 3 issues on 9 October 2021. The first was a truly beautiful set of 6 stamps and 6 single stamp miniature sheets depicting endemic birds species of Sri Lanka. This is a set of six gorgeous bird portraits which should prove to be highly popular with collectors who specialise in stamps with a bird theme. Rating:- ******.

The second issue of 9 October 2021 is a new high value definitive stamp with a face value of Rs1000.The design by Isuru Chathuranga depicts a Yapahuwa lion and has already featured on a Rs500 released earlier this year. Rating:- ****. 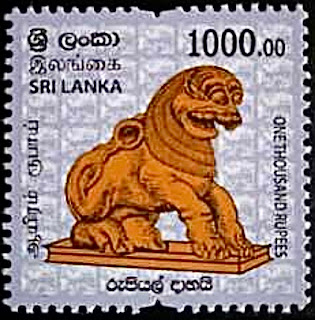 The final issue of 9 October 2021 is a single stamp designed by Pulasthi Ediriweera and is circular in format. The stamp commemorates World Post Day and deals with the subject of mail services during the COVID-19 pandemic. Rating:- ****. 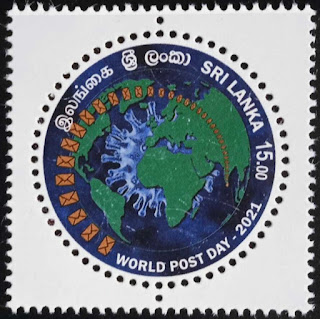 🇺🇸 The US-based purveyor of philatelic items, IGPC,  has released a list of its latest products with the names of some of its Commonwealth country clients printed on them. All are rated 0.