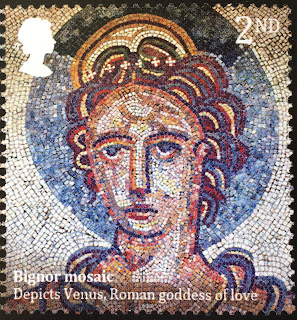 🇬🇧 As mentioned in Blog 1677 Royal Mail will release a set of 8 stamps on 18 June 2020 on the subject of Roman Britain. For once there will be no accompanying miniature sheets nor booklets and 2 of the stamps are 2nd Class domestic rate values. The designs depict art and constructions from Britain at the time of the prolonged Roman occupation.
The subjects depicted are:- the Roman lighthouse at Dover (the UK’s tallest standing Roman Building), a detail from the Bignor mosaic depicting the goddess Venus, the amphitheatre at the Isca fortress in Caerleon, the ‘Ribchester helmet’, the Bridgeness Distance Slab which records the building of the Antonine wall, a Romano-British copper alloy warrior god found in Cambridgeshire, a view of Hadrian’s wall and a plaque of a Gorgon’s Head at the spring of Sulis Minerva in Bath.
Both Roman Bath and Hadrian’s Wall have previously been featured on British stamps.
I like the set. Rating:- ****. 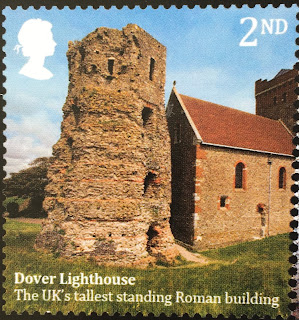 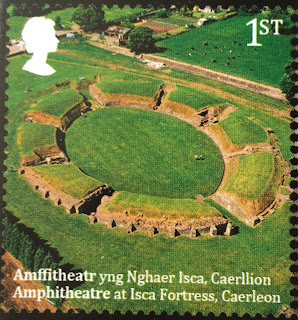 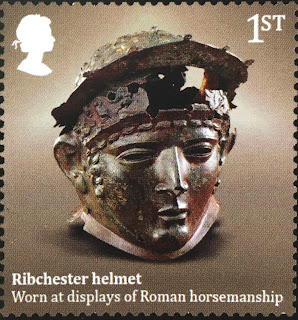 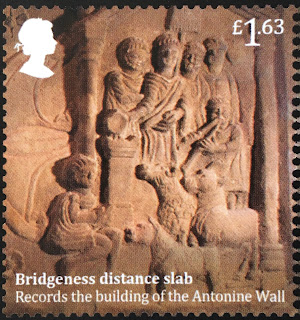 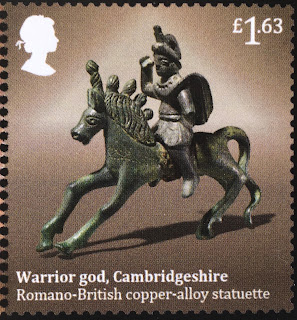 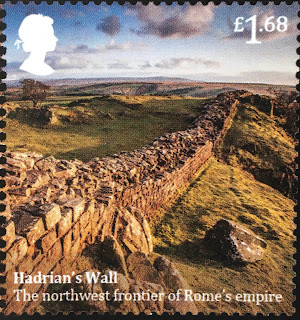 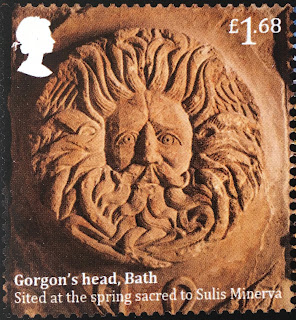 I am pleased that Royal Mail is taking another journey through British history having dealt with British prehistory a couple of years ago. Recorded British history really begins with Gaius Julius Caesar’s invasions of the south of England in 55 and 54 BC. He did not stay long and Britannia truly began its era of Roman occupation and growing Romanisation when the forces of Emperor Claudius, accompanied by an elephant, landed in 43AD. Claudius, but not the elephant, makes an appearance on the Royal Mail stamp issued as a set of four on 15 June 1993 with the set’s title being ‘Roman Britain’. The Emperor’s portrait is taken from a gold coin found at Bredgar.
Claudius’ forces under Aulus Plautius are thought to have landed at Richborough under the pretext that they were supporting the restoration of Verica,  the deposed king of the British tribe, the Atrebates. The Romans met heavy resistance from the sons of Cunobelinus of the Catuvellauni - Shakespeare’s Cymbeline - Caratacus and Togodumnus and as Claudius’ forces made their way northwards from the south coast they were forced to fight several battles with the Britons including a fight which lasted two days as they sought to cross the river Medway. The British were forced back to the Thames where another battle was fought leading to the death of Togodumnus and then further into Essex. At this point Aulus Plautius called on Claudius to join him so that he could receive the submission of the Britons and the Romans claimed that the kings of 11 tribes submitted to the emperor. With the Catuvellauni defeated, the Romans seized their capital at Camulodunum (Colchester) and made it the capital of their new colony of Britannia. Caratacus fought on but was eventually betrayed by the Quisling Queen Cartimandua of the northern tribe of the Brigantes and was sent as a prisoner to Rome.
Thus began almost 400 years of Roman rule in Britannia as the Romans extended their occupation of England and the gradual Romanisation of the conquered Britons. The British feared for their future when the last troops were withdrawn from the island in 410 as heathen forces increasingly threatened Rome itself. As it turned out Britannia’s enforced separation from the Roman Empire was the first known Brexit in history.
The first British stamp to depict the Roman occupation comes from a set of 3 issued on 25 August 1971 which marked general anniversaries of that year, the particular stamp commemorating the 1900th anniversary of the founding of the city of York, Eboracum, by the Romans. 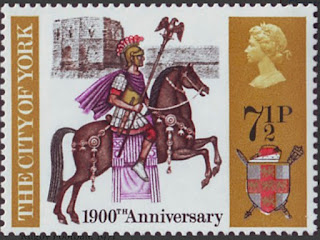 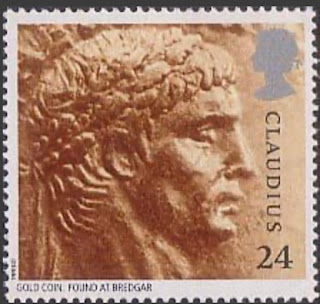 The three other values of the 1983 ‘Roman Britain’ set depict a bronze head of the Emperor Hadrian (76-138, ruled from 117) who was in Britannia in 122 after a major rebellion had taken place there and who began the construction of a wall from coast to coast to “separate Romans from barbarians”, by which he meant the inhabitants of Scotland, (the wall as it is today was depicted on one of a set of stamps titled ‘World Heritage sites’ which was issued on 21 April 2005), a detail from a gemstone depicting the goddess Roma found at Caerleon and a detail of a mosaic found at Ninton St Mary.
Apart from these the only other stamp to have had a Roman theme up until 2020 April was that issued on 10 April 2012 depicting the Roman Baths at Bath as part of a set of 14 titled ‘ The ABC of Britain’. 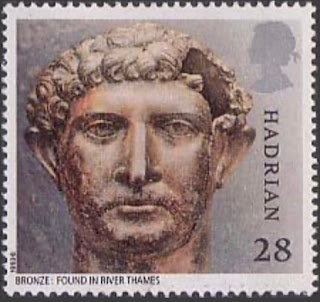 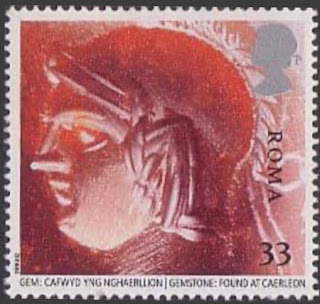 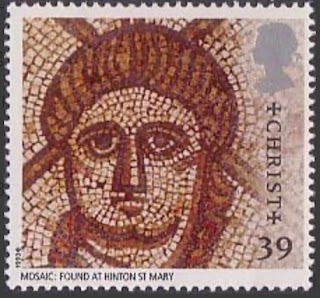 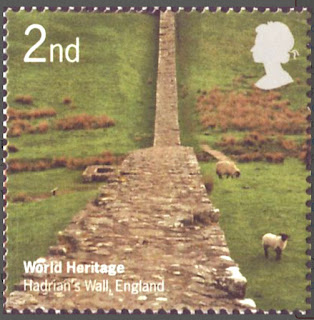 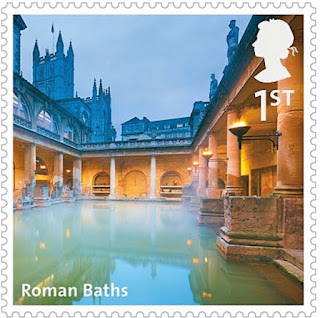 Royal Mail’s next issue after ‘Roman Britain’ will be on the subject of the veteran popular music group Queen and will be released on 9 July. The issue will be made up of 8 stamps (4 x 1st Class and 4 x £1.63) and there will also be a 4 stamp miniature sheet containing 3 x1st Class rate and 2 x £1.63 values as well as a 4 pane Prestige booklet, a 6 stamp booklet, a ‘Queen Album Cover Collector’s sheet’ and a ‘Queen Live Collector's sheet’.

As May ends and we move into June the postal services/philatelic agents of the following Commonwealth philatelic entities have still not issued any postage stamps as fas as is known:-

# denotes that the territory issued no new stamps during 2019.

Therefore 35 Commonwealth philatelic entities are not yet known to have issued any new stamps during 2020. Doubtless this is partly because of the COVID-19 pandemic though some postal administrations now release very few, if any, new issues out of choice. We shall see as the year goes on and depending what happens with the pandemic just what happens to the new issue scene of 2020.
Posted by White Knight at 07:57