🇲🇻 The postal service of Maldives has issued two miniature sheets to commemorate the activities of local Scouts and the ninth national scout jamboree. The first miniature sheet contains 9 different stamps and the other a single stamp which depicts President Ibrahim Mohamed Solih. This, I think, is the first time he has been featured on a postage stamp since he was elected to office in 2018 after unexpectedly defeating the former President Abdulla Yameen who had withdrawn Maldives from The Commonwealth after the organisation had criticised him for abuse of power. Maldives rejoined The Commonwealth on 1 February 2020. As President, Mr Solih is the honorary Chief Scout of Maldives.
This looks very much like an issue which has been especially commissioned by the Maldives postal service and is probably on sale there unlike most of the rubbish that pours out from Stamperija in the name of Maldives. I do not yet know the date of issue. 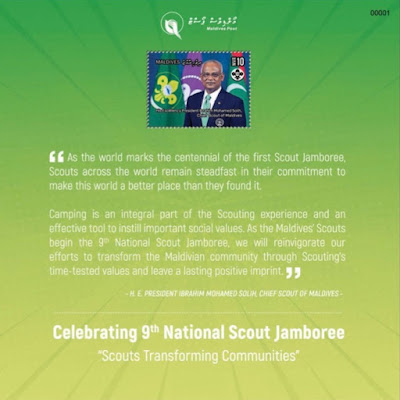 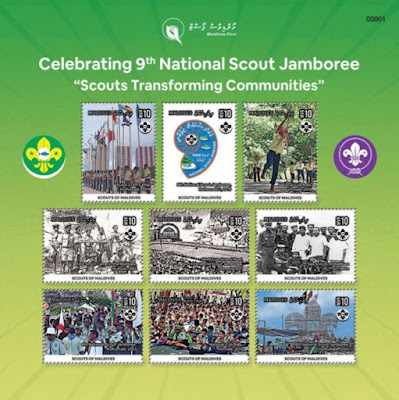 While many countries across The Commonwealth and the world value Scouting as shown by this issue from Maldives it is ironic that aggressive left wing activists are now trying to remove statues of Lord Baden Powell, the movement’s founder, here in Britain labelling him a racist and a fascist.

🇵🇬 The up-to-now not seen miniature sheet of 4 different stamps released by the postal service of Papua New Guinea to commemorate the 50th anniversary of the local newspaper The Post Courier is now depicted below. For illustrations of other items in the set see Blog 1676. The date of issue is stated to have been 27 May 2020. 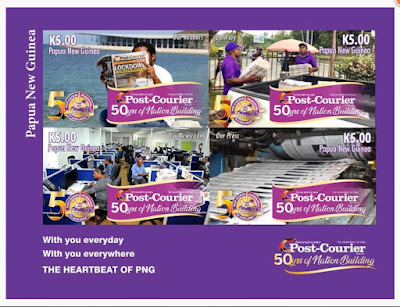 🇬🇬 Guernsey Post has revealed the design of another stamp in its upcoming issue which is its contribution to the SEPAC omnibus issue for 2020. The theme of the omnibus is ‘Art works in the national collection’ and the Guernsey designs depict works by local artists. This newly revealed design shows a painting titled Cobo Gold by James Colmer and joins a previously publicised stamp featured in Blog 1675 titled Dusk by Keith Langlois. The planned date of issue is 21 July. 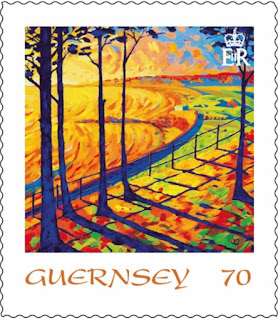 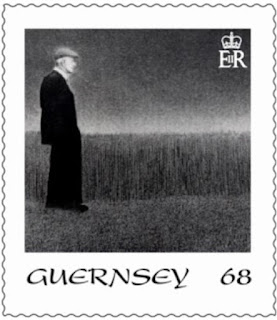