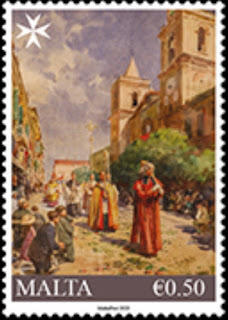 🇲🇹 MaltaPost will issue a pair of stamps on 8 June 2020 as its contribution to this year’s SEPAC omnibus issue which is on the theme of ‘Artworks in the National Collection’. The two featured paintings are by the notable Maltese painter Edward Caruana Dingli (1876-1950) and are a depiction of the Corpus Christi procession outside Valletta’s St John’s Co-Cathedral (painted 1927) (50c value) and a depiction of a Maltese woman in a ghonnella, a traditional Maltese headddress outside a typical Maltese building (30c). The issue was lithographed by Printex and is perforated 14. Rating:- ****. 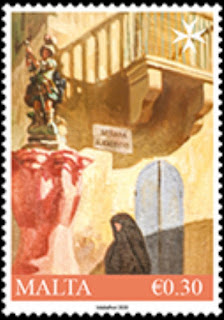 🇮🇲 Isle Of Man Post Office will issue a set of 6 stamps on 25 June 2020 to commemorate the 125th anniversary of the Snaefell Mountain Railway. Although IOM Post Office issues far too many stamps it does seem to me that we are seeing fewer additional items such as miniature sheets this year and many of this year’s issues have commemorated reasonably significant anniversaries and events of local relevance. This is such an issue. I will add this set to my IOM collection. Rating:- ****.