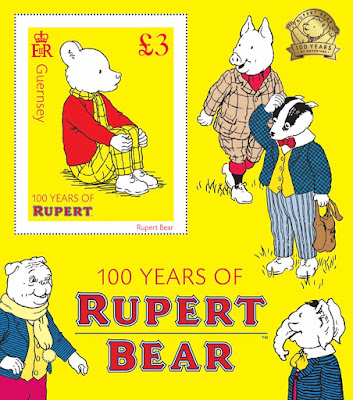 🇬🇬 Following on from the SEPAC set of 6 art-themed stamps mentioned in Blog 1686, Guernsey Post is planning a summer deluge of issues to inflict on collectors and this attack on collectors’ pockets will be led by Rupert The Bear no less. An issue made up of 6 stamps and a £3 single-stamp miniature sheet will be released on 21 July to commemorate the Centenary of the first appearance of Rupert The Bear and his talking animal friends. The issue is of vague relevance to Guernsey because Rupert’s creator was the artist and illustrator, Mary Tourtel, married to the Guernseyman, Herbert Tourtel who at one time was the night editor of The Daily Express in which Rupert’s adventures were published to counter the publication of the Teddy Tail cartoons in The Daily Mail. Rupert first appeared in a cartoon strip titled Little Lost Bear in the newspaper on 8 November 1920.
The issue was designed by The Potting Shed and lithographed by BPost. Rating:- **.

The same date, 21 July 2020, also sees the issue of another Guernsey Post stamp commemorating the 250th Birth anniversary of Ludwig Van Beethoven, the German music composer. Again Beethoven’s links to Guernsey are obscure if not non-existent. This is another design from The Potting Shed and the issue was lithographed by Southern Colour Print and is perforated 13.5. Rating:- 0. 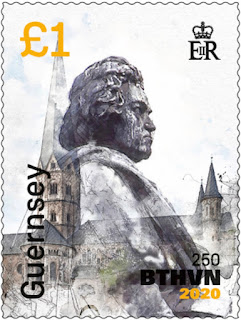 Yet more. Inscribing an issue of 6 stamps and 1 Prestige booklet, costing £18.80p, “Alderney”, Guernsey Post will make one further attempt to garner collectors’ money on 21 July 2020 by commemorating the 80th anniversary of the Battle of Britain, an anniversary which the off-shore islands now seem to mark philatelically as regularly as every five years. Ho hum. Rating:- *. 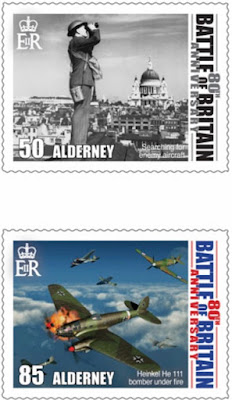 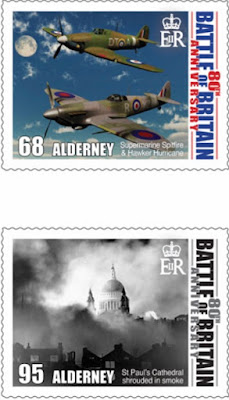 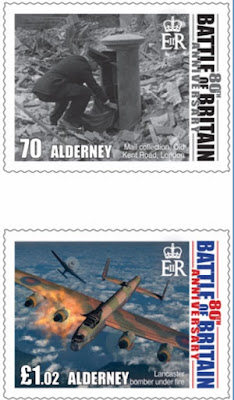 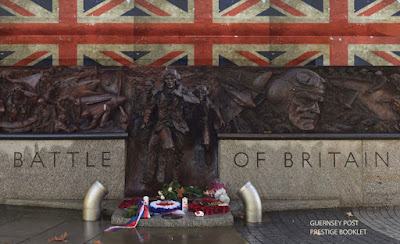 🇦🇺 As is the case with Guernsey Post, Australia Post does its best to wrench as much money from collectors’ pockets as it possibly can regardless of whether the resulting stamps are necessary or worthwhile. The latest list of intended new issues is long as usual though one or town of the proposed issues are worthwhile. The entire list will be featured in Blog 1688 but it’s worth mentioning the first of these releases which is a single stamp, gummed from sheetlets of 10 and self-adhesive from booklets of 10, which commemorates the 150th anniversary of the founding of The Royal Children’s Hospital in Melbourne. The stamp was designed by Janet Boschen Design and lithographed by RA Printing and perforated 14 x 14.5. Rating:- ****. 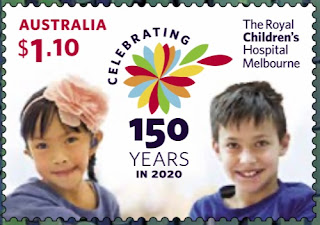 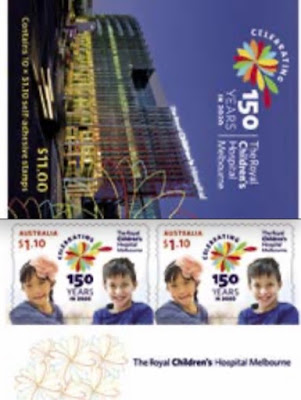 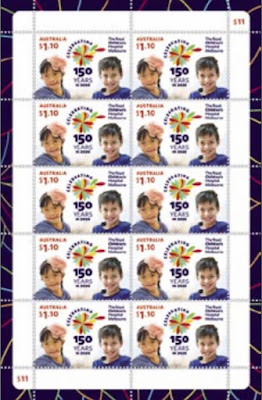