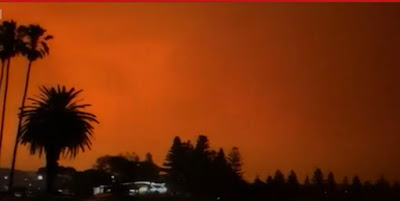 🇦🇺 One Commonwealth event which I did not cover in the 2019 philatelic review in Blog 1571 is the shocking and devastating fires which have been affecting vast areas of Australia in recent weeks as the country experiences higher temperatures than have ever been recorded there before. The calamitous fires are being associated with the phenomenon of global warming though the Australian prime minister, who was dragged back from holidaying in Hawaii while Australia burned, seems to have his doubts about the link. Given the short political life of Australian prime ministers one cannot help but think that his time in office is probably now somewhat limited.
These almost apocalyptic fires are the latest in a series of dreadful natural disasters which have assaulted Australia in recent years and it seems likely that they will have philatelic consequences given that Australia Post has issued stamps on two previous occasions to help to raise funds to assist those affected by these natural disasters. Australia Post issues far too many stamps, often on inconsequential subjects, but it is unlikely that anyone would complain if an issue tied to this latest disaster were released to try to aid the victims of the fires. 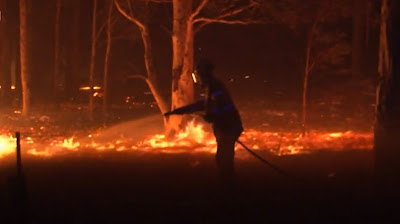 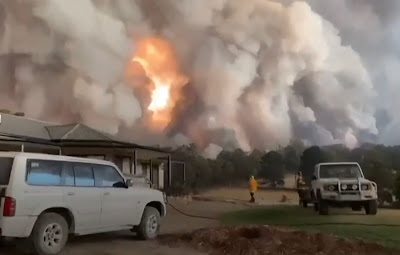 The first ever charity issue to be released by the Australian postal service was released on 27 January 2011 to raise funds for those affected by severe flooding in Queensland and the 5 stamps were sold in booklets of 10 (2 x 5 x 60c) for $8 with the $2 excess from each sheet being donated to the Queensland Premier’s Disaster Fund Appeal. Australia Post also developed plans for a scheme in which postal managers in areas affected by the floods would work with local community representatives to provide grants to reinstate community facilities damaged by the floods. 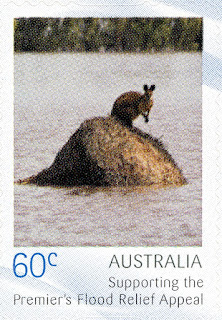 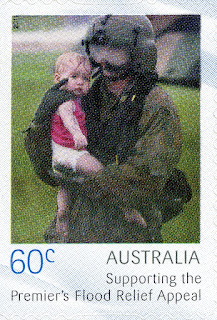 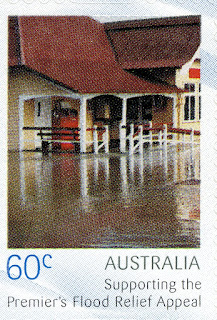 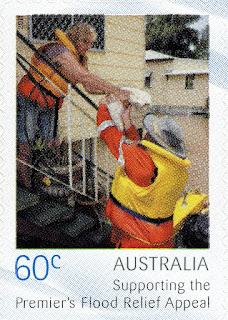 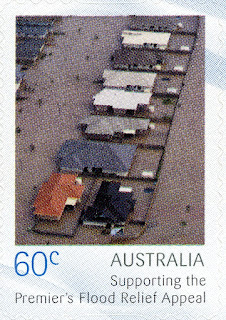 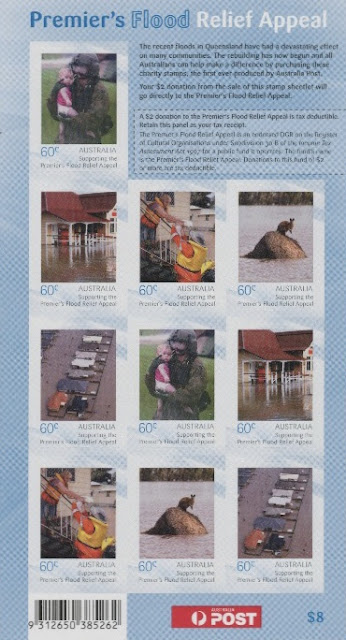 On 20 September 2018 Australia Post issued a single stamp in a booklet of five for a quite different reason - a charity stamp to help deal with the devastating impact on farmers and communities in New South Wales, Queensland, north-western Victoria and eastern South Australia of a severe drought. For every $5 spent by the purchaser on a booklet of stamps Australia Post donated $2 to Rural Aid Ltd which provided support and assistance directly to affected farmers and communities. 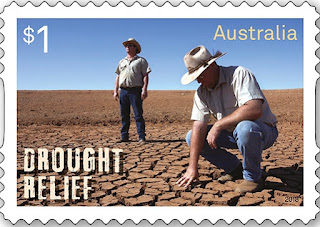