Welcome to a new year and, even more interestingly, a new DECADE. I wonder what will be the state of stamp collecting after the decade has passed and we find ourselves in 2030. Will it be a Roaring Twenties for Commonwealth new issues or will there be just NO new stamps at all? Will many postal services even still exist? Come to that, will some countries actually still exist or will the likes of Kiribati, Tuvalu and Maldives sink beneath the waves as global warming proceeds and sea levels rise? How different will the Antarctic territories look as the ice melts? As I often write, Time will tell ....

🇵🇰  Pakistan Post issued a single circular stamp and 1 miniature sheet on 30 December 2019 to commemorate the 50th anniversary of the founding of  the Organisation of Islamic Cooperation. The issue was lithographed by the National Security Printing Company. Rating:- ***. 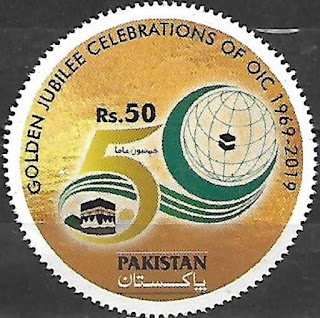 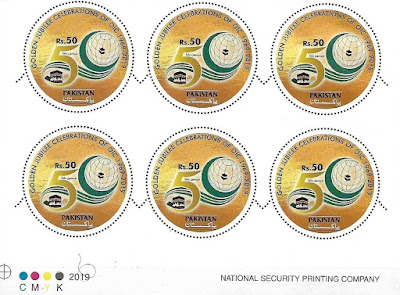 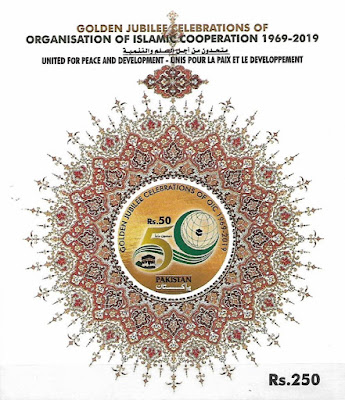 🇬🇧 It appears that Royal Mail will include in its 2020 new issue programme a commemorative issue on the subject of the 250th Birth anniversary of the German music composer, Ludwig van Beethoven. As The United Kingdom prepares to leave The European Union at the end of January, Royal Mail will therefore issue stamps to commemorate the composer of the music of the European ‘national anthem’ - Beethoven’s 9th Symphony. Bizarre but true. However, as I have pointed out in a comment on Stamp Boards, Beethoven actually wrote the 9th Symphony as a commission for the London Philharmonic Society, and the first performance of the piece of music was given in London in the spring of 1825. So Royal Mail could justify the issue by drawing attention to the fact that the British were responsible for the composition of the European national anthem by commissioning it from Beethoven. The German postal service has already released an issue to commemorate Beethoven but there again, as stated above, Beethoven was actually German. 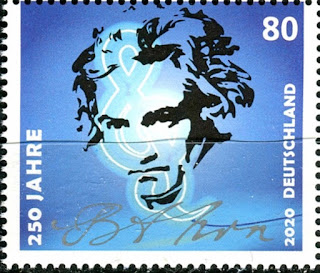 🇸🇬 In addition to the miniature sheet which commemorates the 150th Birth anniversary of Mahatma Gandhi which has been featured previously it appears that Sri Lanka Post also issued the Colombo Lotus Tower miniature sheet with an additional inscription to commemorate the 2019 National Stamp Exhibition on 5 October 2019. Rating:- **. 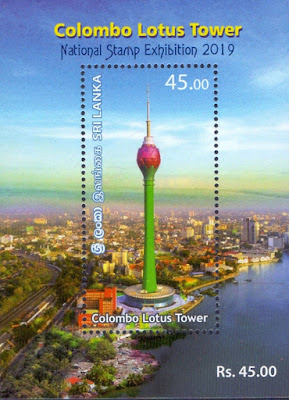 I do not think that I have yet shown an illustration of the 2019 Cyprus refugee stamp and so, for completeness, I feature the modest little item below:- 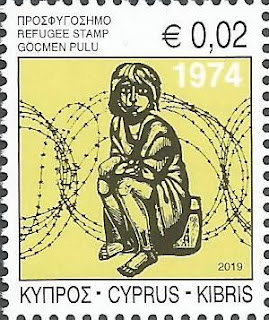 🇮🇲 Isle Of Man Post Office will issue a set of 4 stamps on 15 January 2020 to commemorate the Chinese New Year, the Year of the Rat. There is no link between the Isle Of Man and the Chinese new year except that the designer of this issue, a Manxwoman named Megan Hindley, has painted a mural on the wall of the New Hong Kong cafe/takeaway in Douglas. Rating:- 0. 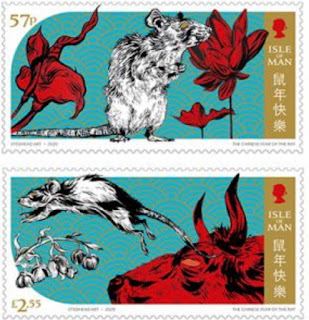 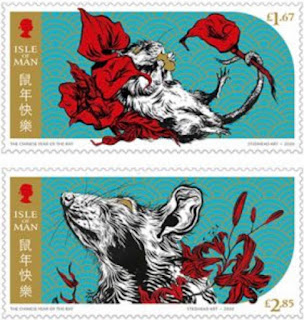