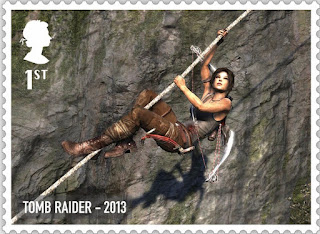 🇬🇧 Royal Mail has now announced some details of new issues which will be included in the 2020 programme.

Despite the speculation, and my efforts to link the subject with the United Kingdom, there does not
appear to be a Beethoven issue after all. The programme is busy and expensive and heavily weighted in subject matter still on popular contemporary British (but not solely) culture.

The announcement of an issue to commemorate the 60th anniversary of the hoary old British television programme, Coronation Street, is only surprising in that Royal Mail has not found some way to feature the programme on stamps before now. When a set of 5 stamps was released on 15 September 2005 to commemorate the 50th anniversary of Independent Television (ITV) a public vote was held to choose which soap opera would represent the genre in the commemoration and it was taken for granted that Coronation Street (urban and set in Lancashire) would be chosen by popular acclaim and so it was something of a shock when Emmerdale  (originally Emmerdale Farm) (rural and set in Yorkshire) was chosen instead. The Yorkists had won the television equivalent of the War of the Roses.
Now Coronation Street is the longest-running television soap opera in the world (though not the longest-running soap opera the title of which falls to another British institution - the radio programme The Archers, set in a Midlands village where the middle class are still generally respectable and the working class provide the comedy elements just as they did in Shakespeare’s day - which was first broadcast in 1950, 10 years before Coronation Street made its earliest appearance on television).
With the exception of The Archers which is still popular with the English middle class to whom television soap operas are viewed as being intellectually and socially infra dig possibly because they
generally feature characters with northern or Cockney (the BBC’s Eastenders) accents and working class lifestyles. That may be why soap operas have so far been so rarely featured on British stamps even though Coronation Street and Eastenders still play a far more important role in contemporary English culture than does Marvel comics for instance.
The broadcast soap opera is an American invention and dates back to 1930 when Painted Dreams, an ongoing radio broadcast for 15 minutes daily firstly in Chicago, told the story of an Irish-American widow, Mary Moynihan, and her unmarried daughter and their trials and tribulations. The actress who created this then moved to a rival station in 1932 to create Today’s children. The broadcasts were sponsored by soap producing manufacturers and the term ‘Soap opera’ was first used in 1938 as a result of this sponsorship.
The Emmerdale stamp of 2005 was sold in ordinary sheets and in a Smilers sheet of 20 stamps with attached labels which featured information about the history of British soap operas including Coronation Street, “Granada’s Tony Warren set it up at the age of 23 - life in the rough in Manchester’s Weatherfield (aka Salford). Although it was originally considered too parochial for networking, today it now shows, frequently, from Nigeria to Thailand”.
The phrase “Life in the rough” reflects perfectly the patronising attitude towards soap operas that prevailed at the time among those who considered themselves to be socially and intellectually superior to the people represented by the characters featured in Coronation Street. The programme did not depict ‘Life in the rough’ at all but normal northern working class lifestyles which naturally were dramatised to make the programme worth watching from the entertainment point of view (in the early decades of the programme there was not a preponderance for every character to be either a murder victim or a murderer as is the case in the more recent approach to British soap opera).
It also pinpoints reasons for more recent social and political changes in England - the vote in the north and the Midlands firstly for Brexit and then, almost shockingly, for the Conservative party in the 2019 general election - a resistance to a perceived self-regarding, sneering Southern elite whom the northern and Midlands working class view as having long looked down on them and who view them as people who live ‘life in the rough’.
So, perhaps a set of stamps commemorating Coronation Street may be more relevant to telling the story of England philatelically than is first realised. 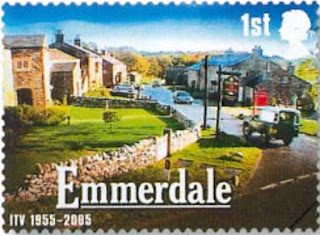 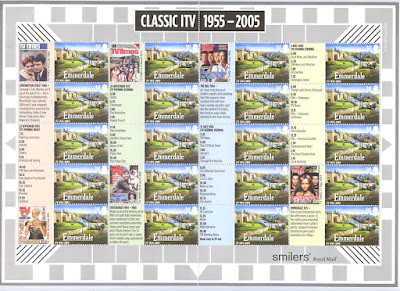 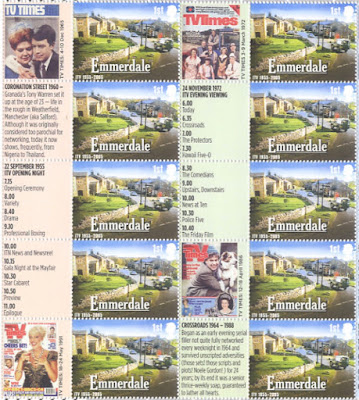 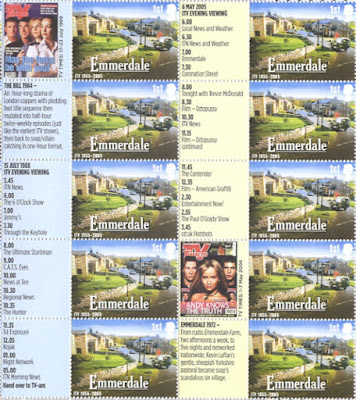