🇸🇿 I received a registered package from eSwatini today (16  January 2020, package mailed on 29 November 2019 though one date-stamp on the reverse of the cover is dated 29-11-2014 (!)) which is very telling. The cover seems to indicate that although the King of eSwatini changed the country’s name from Swaziland in mid-2018 this has had little effect on the mail coming out of the country. The cover has values of the Swaziland ‘Butterflies’ definitive series with the name unchanged and the postmarks are unchanged and also include the name ‘Swaziland’. In the past countries that have changed their names have frequently overprinted their current definitive issue with the country’s new name and then gone on to issue a new series with the new country’s name inscribed on the new stamps. Despite 18 months having elapsed since the change of the country’s name the eSwatini postal service does not appear to have rushed into, or even dawdled into, reflecting the change of name although a couple of ‘commemorative’ sets have been issued with the new name printed on them (see Blog 1552).
New issue news coming out of eSwatini is sparse but it does not look as though it’s postal service did not issue any new stamps during 2019 but it may still be too early to know for sure. 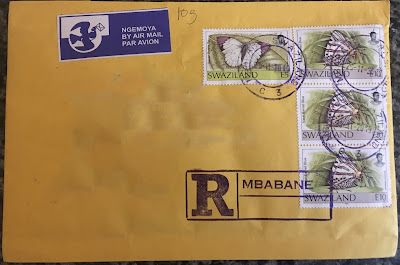 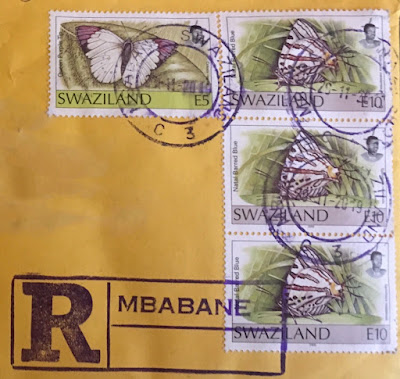 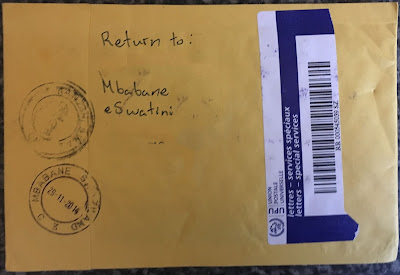 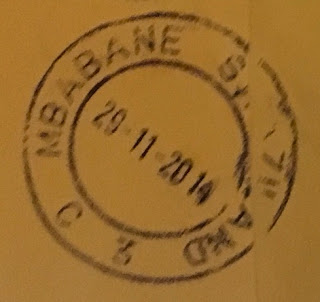 🇺🇸 IGPC, the USA-based philatelic agency, has announced some new products with the names of its client philatelic entities printed on them. Most of the items have little or no relevance to the countries whose names are used on them nor is there any real reason for those territories to issue such ‘stamps’ though there is an issue from Guyana which is of national relevance in that country:-

🇵🇰 Pakistan Post issued a single stamp on 10 January 2020 to commemorate the Birth centenary of Shaheed Hakim Mohammed Said who was a prominent researcher in eastern medicine and also the governor of Sindh Province from 1993 to 1994. Rating:- **. 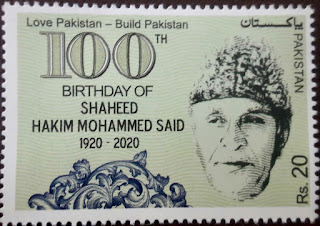 🇮🇳 India Post’s first non-My Stamp issue of 2020 was released on 14 January 2020 as the fourth part of its ‘Indian Fashion’ series. The issue, titled ‘Designers’ creations’, was made up of 9 stamps and a miniature sheet containing all 9 stamps. Colourful. Rating:- ****. 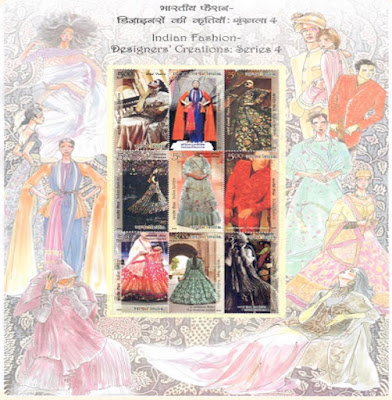