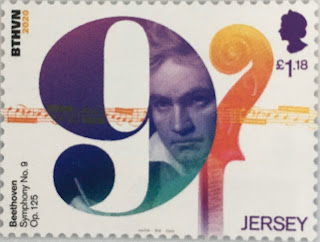 🇯🇪 It may be apt or, conversely perverse, to mention today - Brexit Day - that Jersey Post will issue   a set of 6 stamps and 2 miniature sheets to commemorate the 250th Birth anniversary of the man who wrote the music of the European anthem - Ludwig van Beethoven. The anthem is taken from Beethoven’s 9th Symphony which is highlighted on the £1.18p value. There is no apparent connection between Jersey and Beethoven apart from the fact that, according to Jersey Post, “the Jersey Symphony Orchestra has performed a number of his works over the years”. A rather tentative connection, I think. The total face value of the set is £5.19 plus £7.19 for the 2 miniature sheets.
The issue was designed by Hat-trick and lithographed by Cartor and will be released on 26 March 2020. Rating:- *. 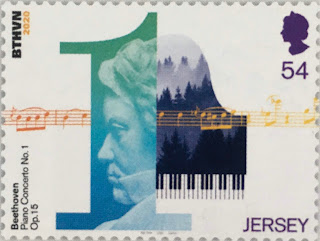 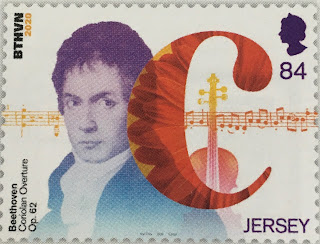 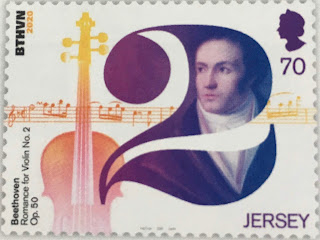 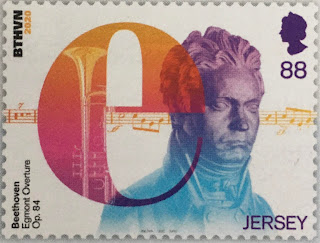 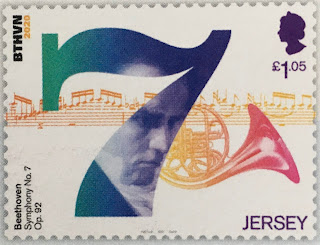 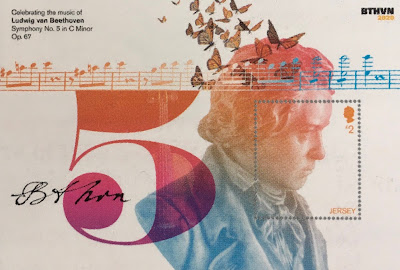 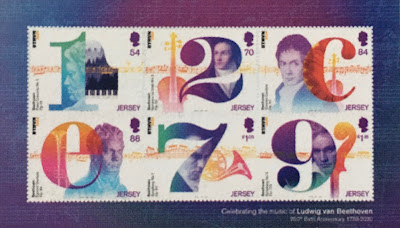 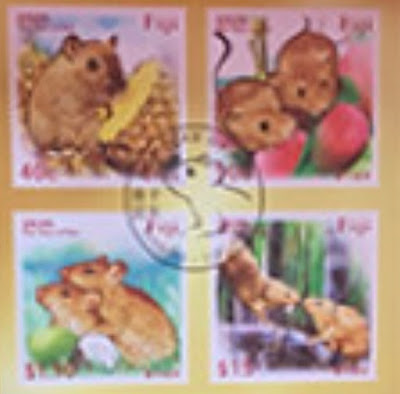 🇫🇯 In a joint ceremony with the China Cultural Center in Fiji, Post Fiji revealed the designs of 4 stamps which I assume are being sponsored by the Chinese government, to commemorate the lunar new year, The Year of the Rat. The report of the launch of the stamps includes photographs but there is clearly more interest in giving prominence to the various officials who managed to get in on the ceremony rather than the stamps themselves though it is possible to get an impression of the new issue though not a clear one (see above). The stamps depict various colourful lifelike rat portraits with the rats looking about as appealing as it is possible to make that particular rodent appear. The designs are by Xueguo Yang who is Director of Animation at Yunnan Arts University. The launch took place on 17 January which was probably the first day of issue. Rating:- ***. 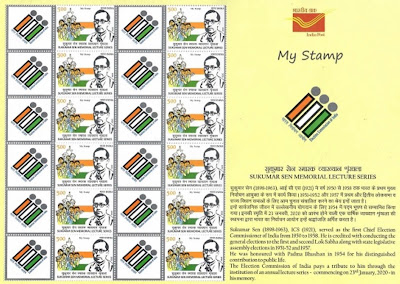 India Post then went on to issue 2 stamps in a se-tenant pair with a scroll-shaped miniature sheet on 26 January 2020, Republic Day, to commemorate the Constitution of The Republic Of India. The interesting issue was designed by Ms Gulistaan. Rating:- ***. 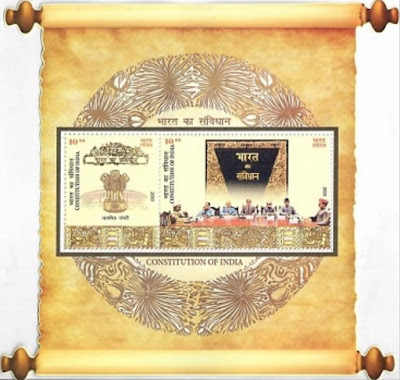