🇹🇿 The postal service of Tanzania has issued 5 new provisional surcharges in which previously issued stamps have been reissued with new values applied. I do not know the dates of issue of these new surcharges. Rating:- ****. 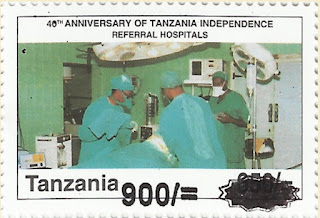 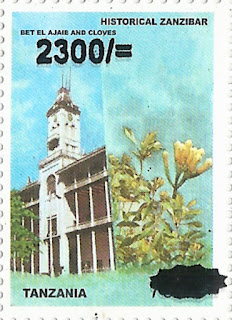 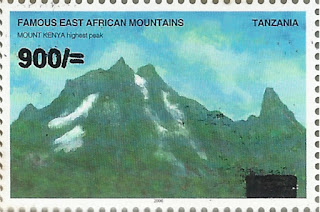 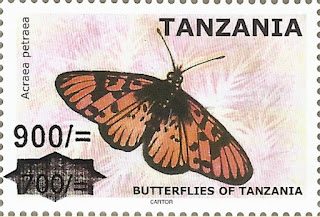 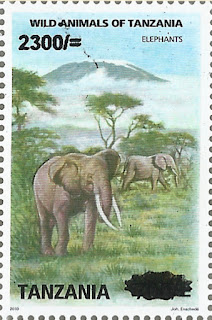 In Blog 1590 I mentioned an issue of stamps released by the Tanzanian postal service on 18 January to commemorate the 40th anniversary of the Pan-African Postal Union (PAPU) but additional information is now available in that a 2000/- value was also released (‘Barcode scanning for Track and Trace’). I also include below a better illustration of the 900/- value. The complete set of 3 stamps and 1 miniature sheet is depicted below:- 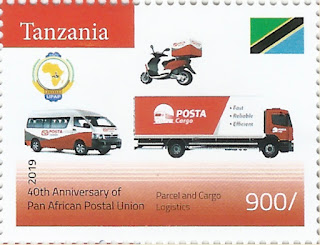 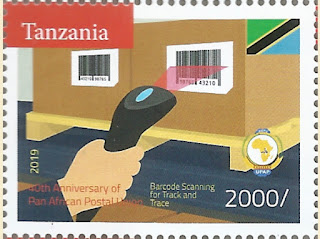 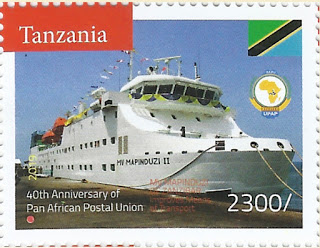 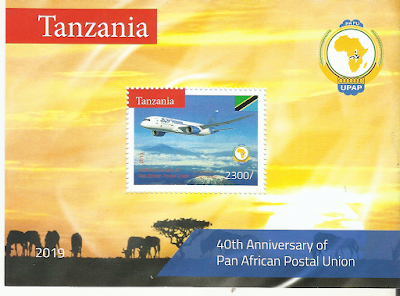 🇬🇧 The first new definitive variety of 2020 from Royal Mail was issued on 21 January in the form of the 1st Class rate with M20L MCIL security code. The stamp is included in the £4.20 Video Games self-adhesive booklet and there are four of them together with 2 different 1st Class stamps from the Tomb Raider miniature sheet (‘1996’ and ‘2013’). 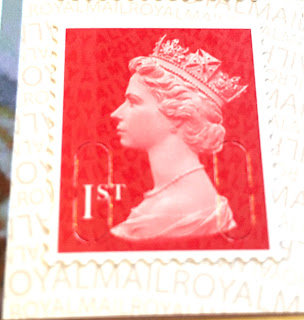 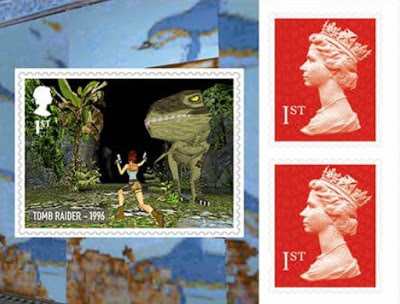 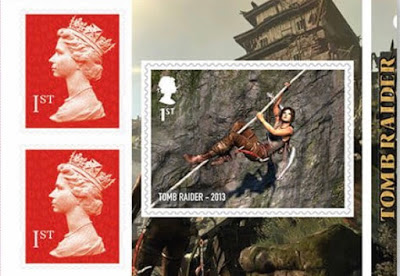 As mentioned in Blog 1583 Royal Mail will release a Prestige booklet as part of its Visions of the Universe issue on 11 February 2020 and 2 of the 4 panes are devoted to Machin Head definitives with one of them also including ‘Regional’ stamps (1 x 1st Class for England, Northern Ireland, Scotland and Wales). The Machin Head definitives are in 5 values - 1p, 2p, 5p, 10p and £1.35p. However the invaluable Norvic Philatelics Blog by Ian Billings has pointed out that the security codes on the Machin Head Stamps from these 2 panes will have the security code M19L MPIL and so  only the 1p, 10p and £1.35p values are new stamps because the 2p and 5p values have been issued previously with that code - the 5p in the 2019 Star Wars Prestige booklet and the 2p in the 20@9 Queen Victoria Prestige booklet.
Ian Billings also notes slight differences in the regional stamps but particularly in the England stamp  which has a markedly different shade from previously.
Y 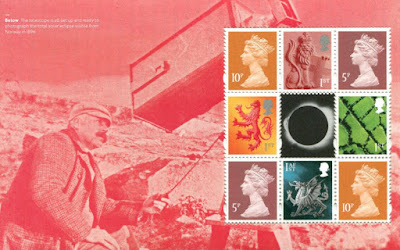 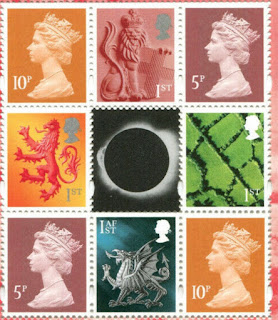 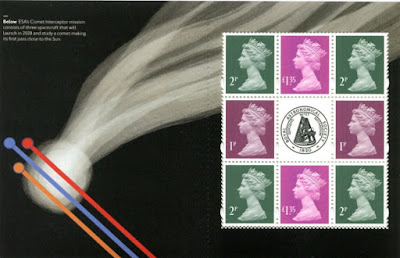 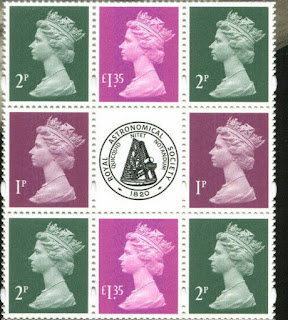 Of course Royal Mail’s conviction that the only way to make money out of stamp issues is by issuing a vast number of products featuring present-day culture and not necessarily always British culture (Marvel Comics, Star Trek) must lead us to the conclusion that we are only 3 years away from an enormous issue to commemorate the 60th anniversary of the BBC’s Doctor Who, now an ultra-woke social commentary-science fiction television programme. That may be interesting because the 2013 issue which commemorated the programme’s 50th anniversary featured all of the previous Dr Who ‘incarnations’ - all men - but now the producer has arrived at the point in a storyline where all Dr Who’s previous incarnations never actually existed and in fact they were all women so I suppose the 2023 issue will feature all the previous Doctor Whos but not the ones depicted 10 years previously. (See also Blogs 23September 2012, 184, 232 and 1294).
As a starter we have the previously unknown female Doctor Who played by Jo Martin who was introduced in the latest episode of the programme over the past weekend. The expected 60th anniversary issue is preempted here by this ‘stamp’ depicting this latest Doctor Who:-

The only real problem that may prevent a 2023 Dr Who issue is the fact that the programme has lost so much of its popularity since it became more keen to show its social awareness than its interest in entertaining its audience - with the programme’s lowest viewing figures for decades - is that the programme may have been taken off television screens by then and consigned to television history.