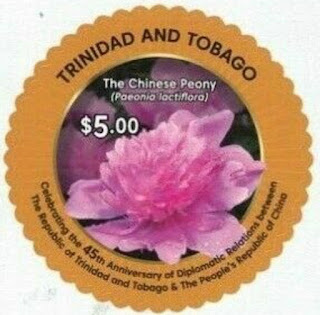 🇹🇹 T & T Post, the postal service of Trinidad And Tobago, has issued a set of 5 circular, self-adhesive stamps in a special pack on 20 June 2019 to commemorate the 45th anniversary of the Caribbean islands-state’s establishment of diplomatic relations with The People’s Republic of China. I suspect this pack was a gift from the Chinese government especially as only 1500 were issued, 1000 of which  were retained for use by The Chinese embassy in Port Of Spain while only 500 were made available to members of the public. The pack also included 2 first day covers of the issue and these are dated 20 June 2019. The subject of the stamps is ‘natural legacies’ and the designs depict Chines and Trinidadian flora and fauna.
The limited availability of this item and, I suspect, premium price, may result in it proving to be too unsatisfactory to be fully listed in the Gibbons Catalogue. Nevertheless it’s an interesting issue though very expensive. Might be worth a punt if asking price is not to high. Rating:- ****. 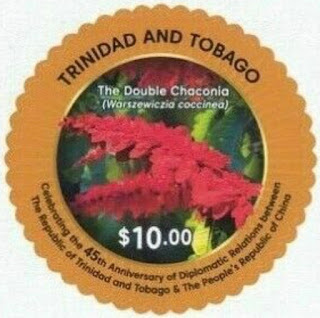 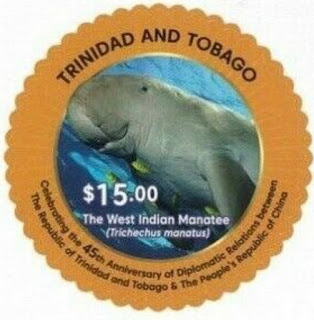 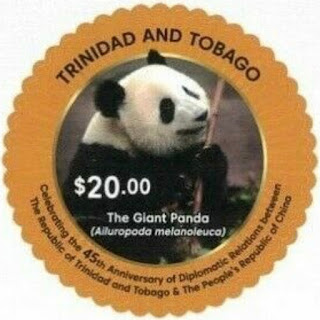 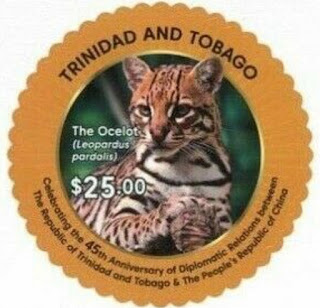 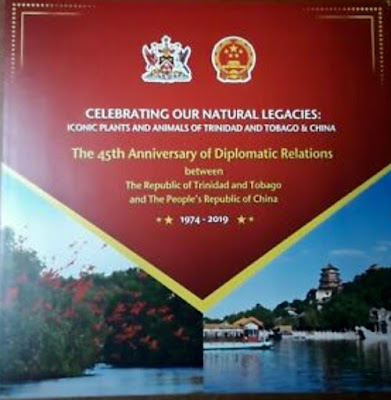 🇨🇦 Canada Post will issue its Chinese new year stamps on 17 January 2020. The set is made up of a ‘P’ value stamp in gummed (from sheets of 25) and self-adhesive (from booklets of 10) formats and a $2.71 self-adhesive stamp from booklets of 6. There is also a miniature sheet containing the $2.71 value as well as the $2.65 value from the Year of The Pig issue of 2019. The issue was designed by Albert Ng and Seung Jai Paek. This is a cheerful, amusing and charming set, one of the best Chinese new year sets from anywhere this year. Rating:- *****. 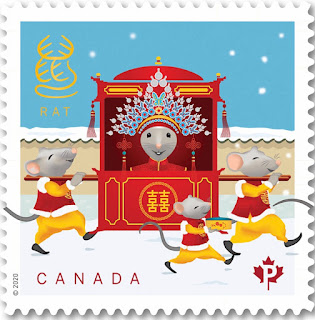 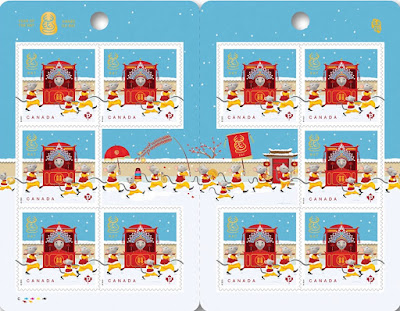 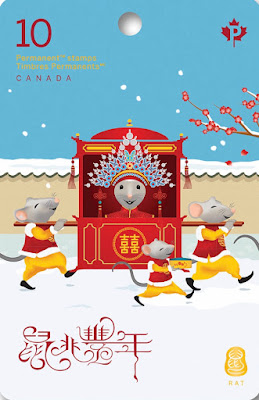 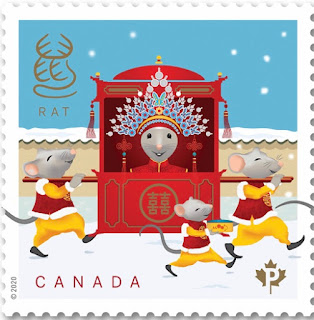 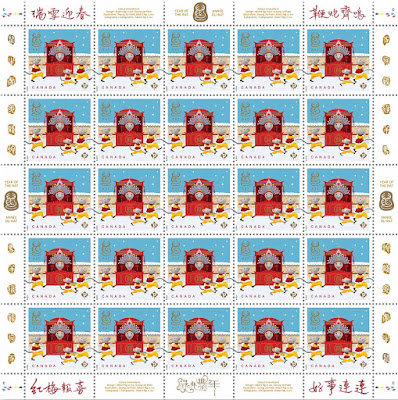 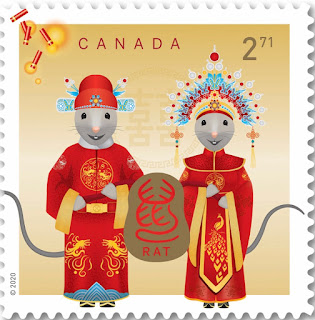 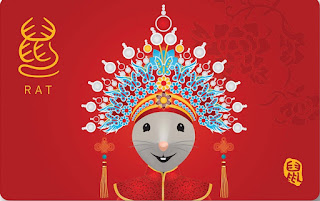 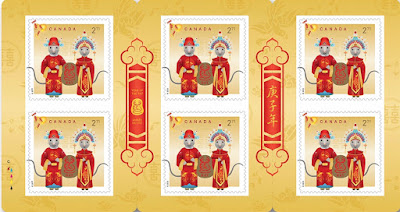 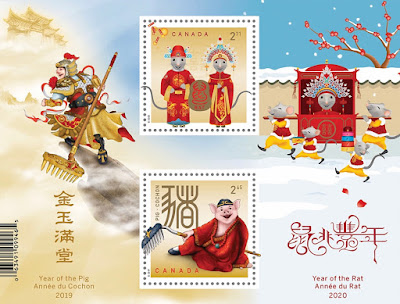