🇸🇬 Singapore Post’s Chinese new year issue commemorating the Year of the Rat due to be released on 8 January 2020 includes a very attractive ‘Collectors sheet’. I like Singapore Post’s ongoing series of Collectors sheets which are usually beautifully designed and produced and very attractive and though sold at prices above face value usually look very pleasing on an album page. Rating:- ****. 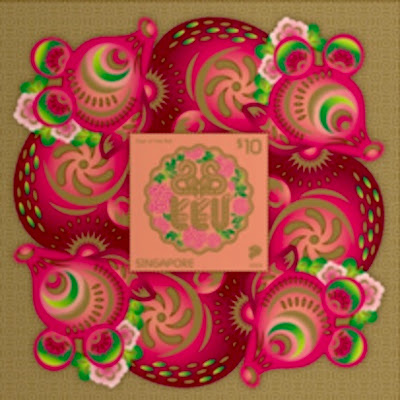 🇨🇰🇹🇴 Further to Blogs 1565, 1566 and 1572, the USA-based, self-styled “Boutique philatelic agency”, Philatelic Collector Inc., has added dates of issue for the numerous Birds of the World philatelic items it has released in the name of its client postal services, those of Cook Islands and Tonga. All of these items have been illustrated in the previous Blogs.

Among its recently released products is a further issue which I have so far overlooked - the se-tenant pair of previously issued ‘Birdpex’ stamps inscribed ‘Cook Islands’ with 50c surcharges applied and stated to have been ‘issued’ on 11 March 2019. Rating:- *. 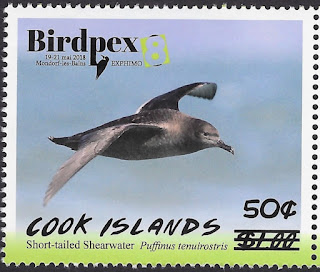 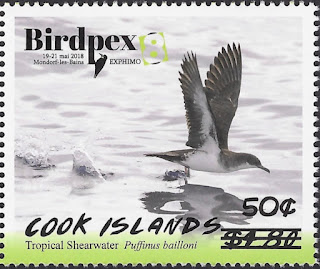 🇰🇳 It looks as though collectors who hoped that St Kitts’ postal service had escaped the clutches of the US-based IGPC may be disappointed as the agency which once named itself “The World's most respected philatelic agency” (no, that’s surely not hollow laughter that I can hear) has included an illustration of a sheet of stamps which commemorate the 150th Birth anniversary of Mahatma Gandhi. No date of issue is identified alongside the illustration of this item but if it has been issued during 2019 then St Kitts disappears from the list of Commonwealth philatelic countries which have not issued stamps during 2019.
This is a typical IGPC product with the large margin on the right side of the stamp depicting the Mahatma Gandhi Bridge in Hamburg in Germany which says nothing at all about St Kitts’ links with Gandhi. What is good is that if this is a single value issue then the face value of 30c is very low and the addition of a single stamp from the sheet. to a St Kitts collection would be of minimal cost. 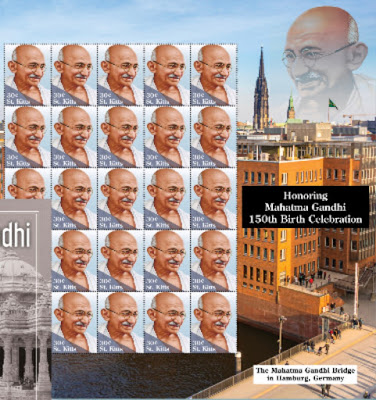 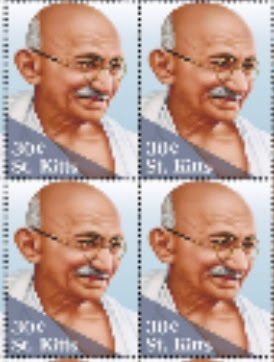