🇳🇿 New Zealand Post has put on sale this year’s pack of Personalised stamps which, as usual, appear to have an eclectic collection of subjects featured on them including the Batmobile from the US mid-sixties Batman television series and at least one bird known locally as the tomtit or miromiro. The popularity of Personalised stamps in New Zealand is clearly falling away as this year the pack contains only 12 gummed and 2 self-adhesive stamps (cost $19.80) compared with 20 gummed and 14 self-adhesive stamps (cost $37.29) in 2018 which itself represented a considerable decrease in numbers issued and total cost when compared with previous years.
This decreasing popularity of personalised stamps in New Zealand may suggest that the new series of personalised stamps just launched in Australia may have poor sales. It’s likely that postage rates have reached such high levels now that ordinary mail senders are not prepared to pay even more to personalise their stamps and also that there is not enough mail being sent compared with electronic communications to make postage stamp personalisation worthwhile. 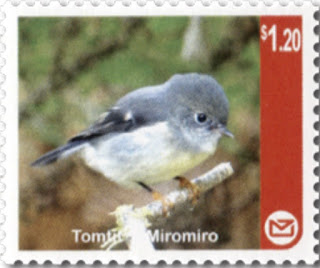 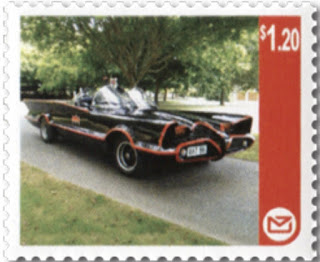 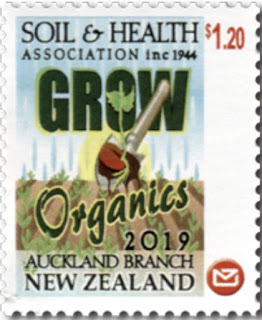 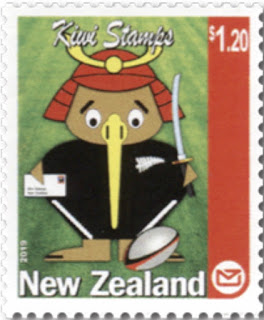 🇰🇾 The postal service of Cayman Islands has issued a booklet of 10 self-adhesive 25c Christmas stamps in addition to the 4 gummed stamps previously mentioned in Blog 1558. 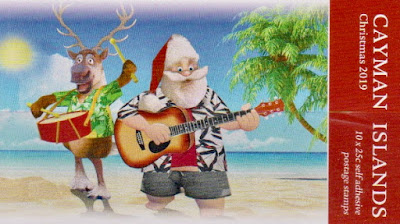 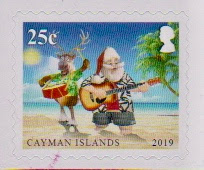 🇲🇾 Pos Malaysia will release yet another issue of Setem Ku (Personalised) Stamps on 30 December 2019 on the subject of the Star Wars: The Rise Of Skywalker movie. The issue is in 2 parts, firstly there is an envelope-style pack which contains a miniature sheet made up of 3 different stamps each depicting a different ‘droid’ which appears in the film. This item is sold for RM10.
The second item is a ‘Limited edition’ folder pack, sold for RM120, made up of 3 sheets and 2 postcards. Two of the sheets (‘The First Order’ and ‘The Resistance’) contain 5 different stamps each and the third contains a single larger stamp. This issue is separate from the standard new issue programme. It will clearly appeal to Star Wars enthusiasts. Rating:- 0. 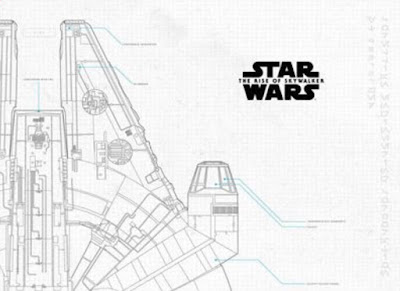 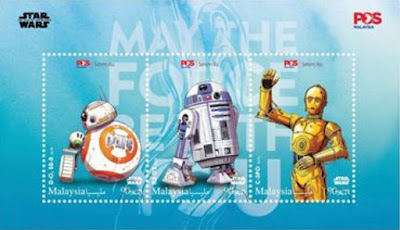 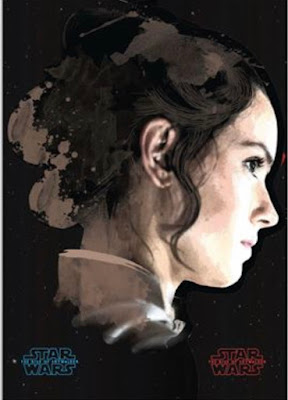 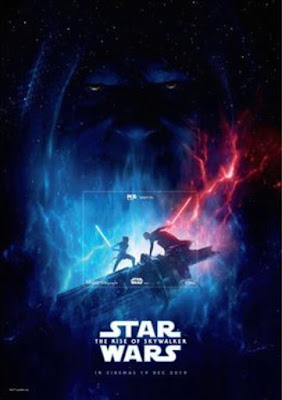 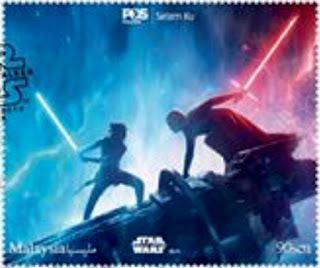 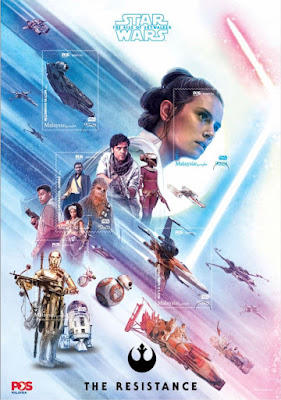 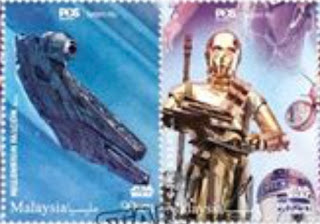 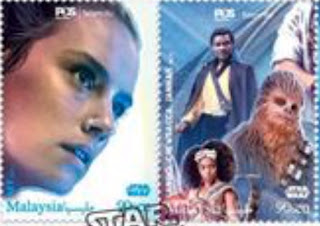 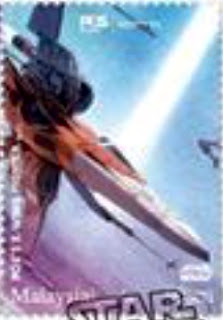 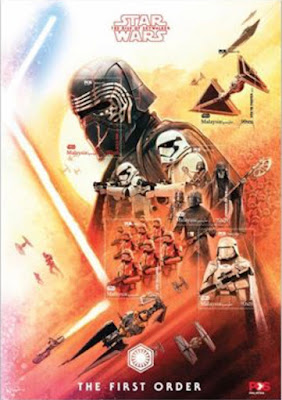 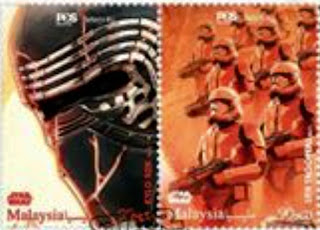 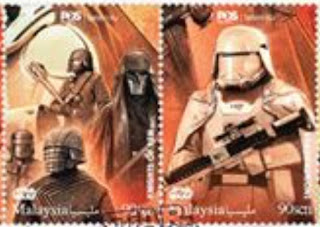 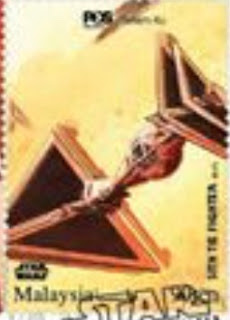