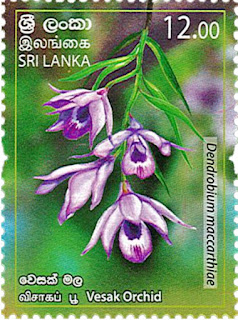 🇱🇰 Sri Lanka Post issued a set of 3 stamps on 13 December 2019 as the second part of a series featuring the Provincial Flowers Of Sri Lanka. The depicted flowers are the Vesak Orchid, the Heen Bovitiya and a glorious deep red Rhododendron. This is a very attractive issue. Rating:- ****. 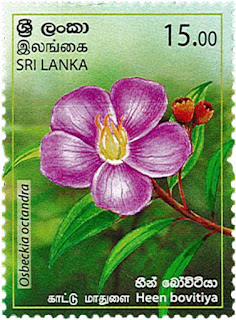 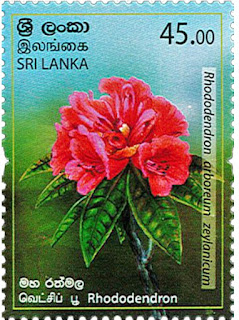 I have not yet identified which flower represents which Sri Lankan province but there are 9 provinces as shown on the map below. The first part of this series was issued as long ago as 2 October 2006 and the location of the province of each flower featured in the first set of 4 was indicated on the first day cover. The 4 flowers featured in the first set were the Sacred Lotus (Western Province), Orange ’Jessmine’ (which I think is probably an orange jasmine) (North Western Province), Indian Laburnum (North Central Province) and Foxtail Orchid (Uva).
The first and second sets therefore present the collector with 7 of the 9 Provincial flowers and it will be interesting to see what are the remaining two. 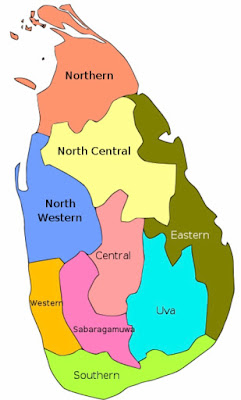 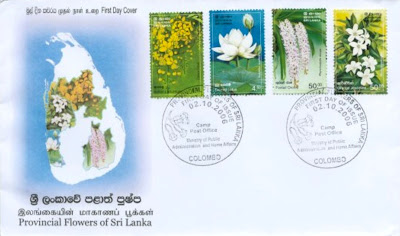 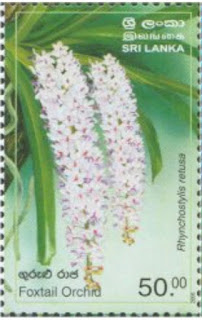 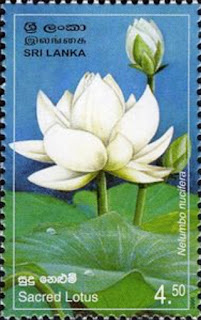 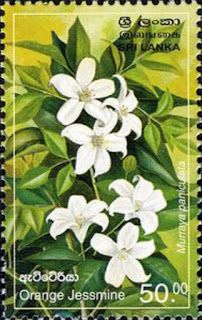 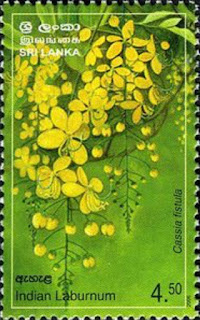