🇰🇾 The postal service of Cayman Islands issued a set of 4 Christmas stamps on 15 November 2019. I have no details about the issue yet as I can not find any mention of it anywhere on the internet other than a first day cover currently being offered for sale on an internet auction site. The amusing and cheerful stamps depicting Father Christmas and one of his reindeers enjoying a Cayman Christmas make up the first set to be issued during 2019 by this territory’s postal service. Rating:- ****. 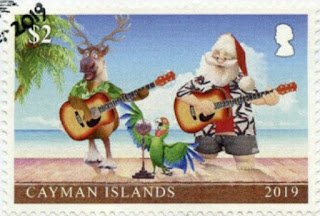 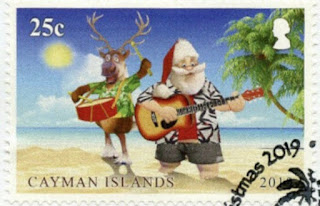 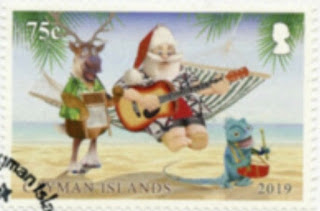 🇲🇾 Pos Malaysia issued a ‘Personalised folder set’ on 11 December 2019 to commemorate the movie Ejen Ali The Movie, a Malaysian ‘computed animation ‘spy-fi’ film about a teenage agent who must uncover a mystery which threatens the city of Cyberaya and risks his loyalty to the agency for which he works, MATA. The sheet contains 10 different stamps showing characters from the movie. It costs RM35.
Strictly for the One-Of-everything collector. Or, I suppose, the Ejen Ali enthusiast. Rating:- 0. 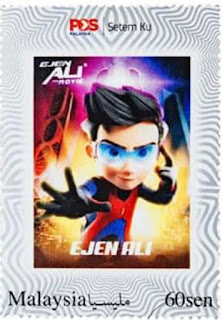 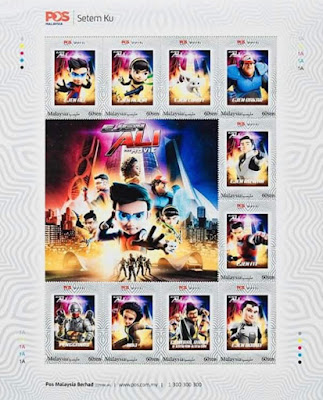 🇲🇲 Myanmar Post will issue a single stamp on 12 December 2019 depicting a bird, Coracias Benghalensis otherwise known as the Indian roller. An attractive stamp rounding off a year of excellent new issues from this country’s postal administration. Rating:- *****. 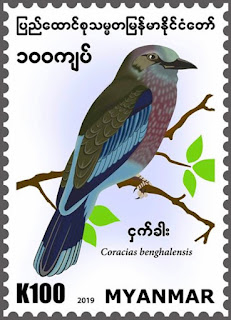