🇬🇧  Depicted below are much better illustrations of the Royal Mail Royal Navy Ships Stamps to be issued on 19 September 2019 than shown in a previous Blog. This is an excellent set with beautiful paintings of the various ships depicted on the stamps. The issue was designed by Hat Trick Design and lithographed by International Security Printers and perforated 14 x 14.5. There will also be a counter booklet of 4 x 1st Machin Head definitives plus one each of the 1st class stamps from the new set and these stamps will be self-adhesive and printed in gravure.
The only real problem with this set is that a number of the depicted ships have been featured on stamps issued previously on British stamps and it would have been rather pleasing to have had some new ships shown n this latest set even if  they are less famous than the Victory and Dreadnought. Rating:- *****. 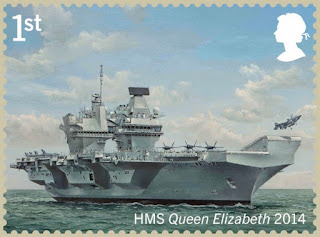 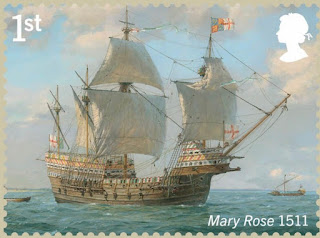 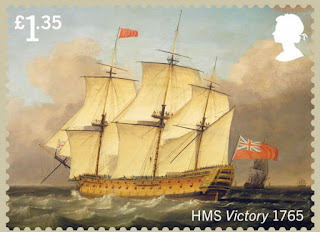 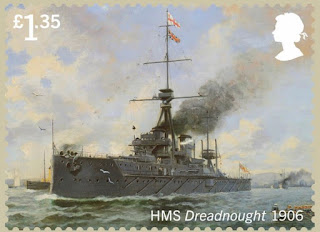 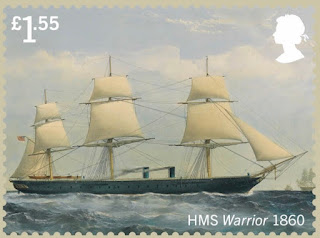 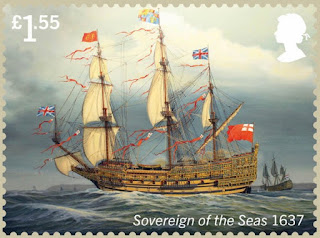 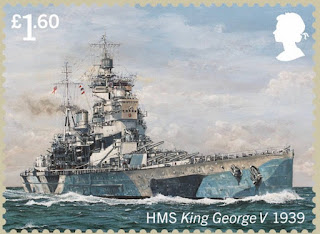 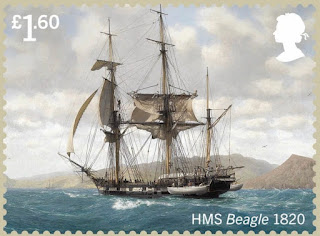 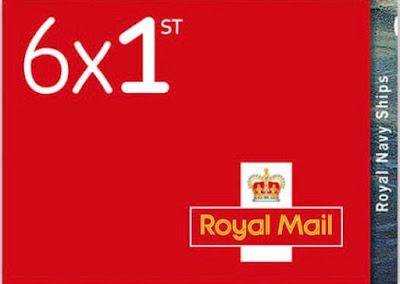 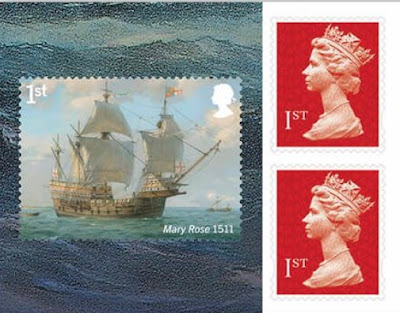 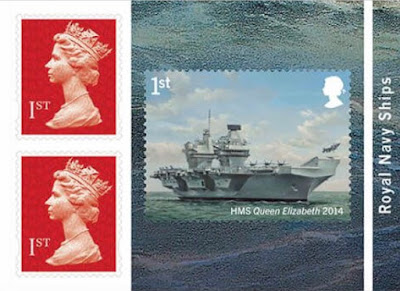