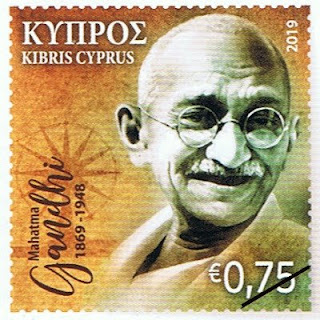 🇳🇿 New Zealand Post will issue a set of 5 stamps and 1 miniature sheet on 2 October 2019 to commemorate the 250th anniversary of the journey of Tupaia, an ariori priest, from Tahiti to New Zealand as a guide to Lt James Cook of The Endeavour. New Zealand Post describes Tupaia’s journey as ‘a reconnection of Māori and their ancestral homelands’. The issue depicts art by Michel Tuffery ‘in response to his discoveries about where his personal history meets that of these first encounters’.
This is a highly interesting issue not least that it commemorates Tupaia’s journey to New Zealand rather than that of Cook who had sailed with his crew all the way from Britain to arrive in the islands. This change of emphasis from the European explorer to the Polynesian guide tells us a lot about the way attitudes in New Zealand, and elsewhere, have changed in the fifty years since the New Zealand postal service commemorated unambiguously the bicentenary of Cook’s arrival in New Zealand.
The set was designed by Saint Andrew Matautia and lithographed by Southern Colour Print and perforated 14. Rating:- *****. 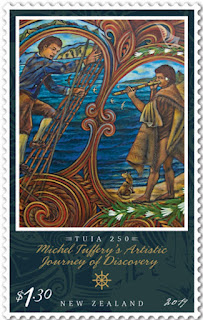 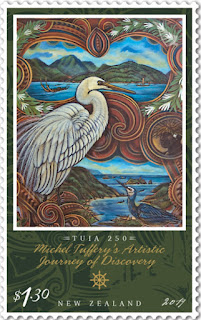 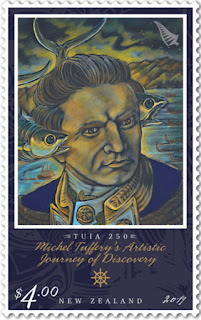 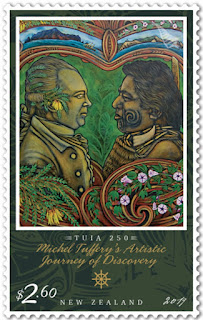 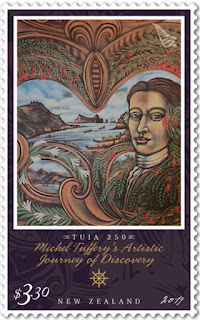 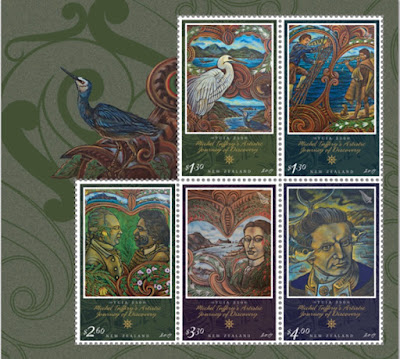 🇮🇳 India Post released a splendid issue made up of 4 stamps and 1 miniature sheet on 6 September 2019 as the third part of its Indian fashion series. This issue is titled ‘Concept to Consumer’ and depicts the design and production of chic modern clothing with an Indian twist. These are excellent designs and so much more interesting and collectable than the usual series of old male politicians who are usually featured on Indian stamps. Rating:- *****. 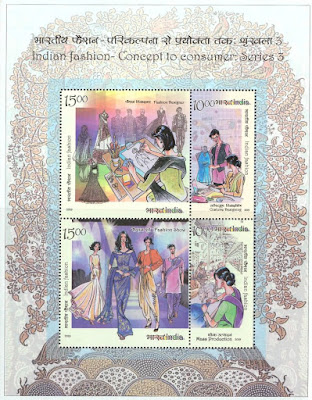 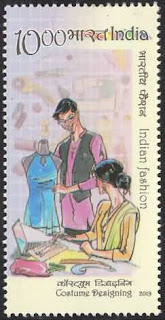 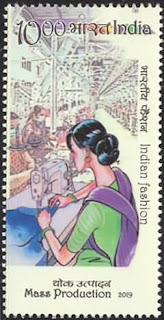 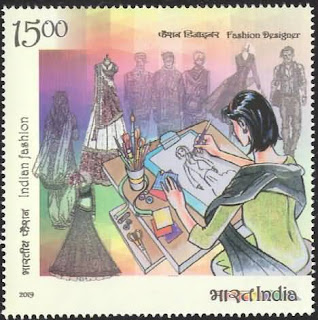 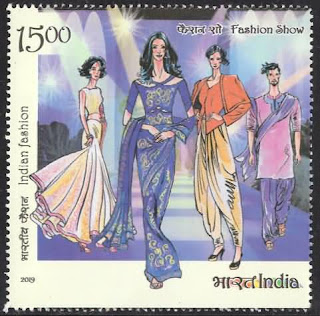 🇨🇾 The postal service of Cyprus issued 4 stamps on 10 September 2019 to commemorate various anniversaries of interest to the island. The first is an admirable commemoration of the 150th Birth anniversary of Mahatma Gandhi (featured at the head of this Blog) (designed by Nikos Ierodiakonou)  and the others commemorate the 20th anniversary of EMS Datapost, the 70th anniversary of the Council of Europe and the 75th anniversary of the International Civil Aviation Organsiation (all designed by Manoli Emmanouil). All four were lithographed by Baltic Banknote High Security Printing. While the Gandhi stamp is a fine portrait of the statesman the designs of the other 3 stamps are really rather dull. Rating:- ***. 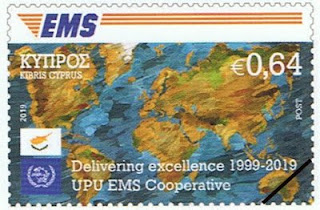 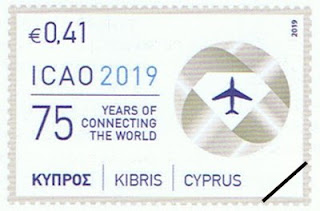 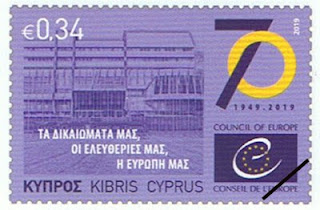