🇬🇧 Royal Mail’s eminently silly policy of leaving the revelation of its new stamp designs to the last minute because some probably overpaid marketing department has advised that that is the best way to achieve maximum publicity for a new issue has come a cropper yet again. While loyal stamp dealers are embargoed from revealing the designs of new stamps which have already been sent out to them other sources usually let slip what it is to come some time before Royal Mail would want the revelation to be made.
Thus the until now mysterious new issue to be released on 10 October 2019 (in theory at least since most smaller and medium sized post offices look unlikely to be allowed to sell them) has been revealed to be made up of 6 stamps (2 se-tenant strips of 3) and 1 miniature sheet containing 4 additional different stamps and commemorates the 20th anniversary of the publication of Julia Donaldson’s popular children’s book, The Gruffalo. Whether or not a 20th anniversary is worth commemorating or whether this book rates as such a great piece of English literature as to be worth commemorating at all are questions which may be asked (after all Royal Mail failed to commemorate this year’s Tercentenary of the publication of Daniel Defoe’s Robinson Crusoe though it is possible that no-one at Royal Mail has ever heard of the book and knows nothing about its significance) but the stamps are pleasant enough and may tempt one or two grandparents to buy them for their grandchildren to put them away with the doomed hope that they “will be a long-term investment” for them.
The illustrations used in the designs are by Axel Sheffler, a German who has lived in Britain for over 30 years, who illustrates the Gruffalo books. The original book in the series, titled simply The Gruffalo, has sold 13.5 million copies worldwide. I have no idea how many copies of Robinson Crusoe have been sold but I assume that more copies of Ms Donaldson’s book fly off the shop shelves nowadays than do copies of Defoe’s book.
The issue is currently being offered pre-release by a Collectibles dealer on an internet auction site.
This is an inconsequential and unnecessary but pleasant issue. Rating:- **. 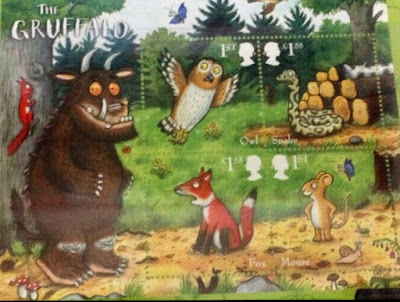 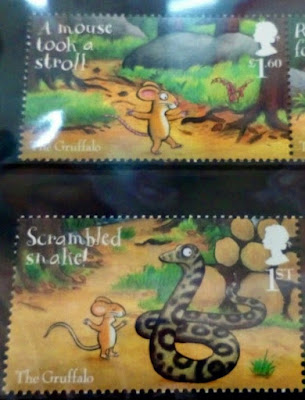 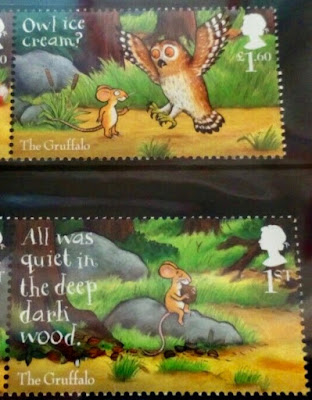 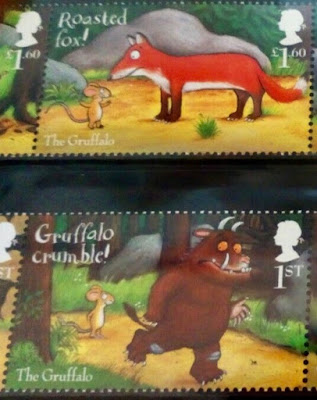 Axel Sheffer provided the illustrations for Royal Mail’s Christmas issue which was released on 6 November 2012:- 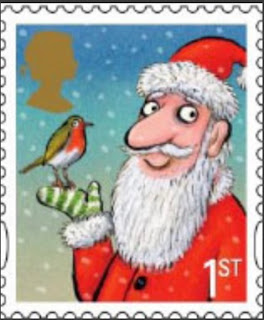 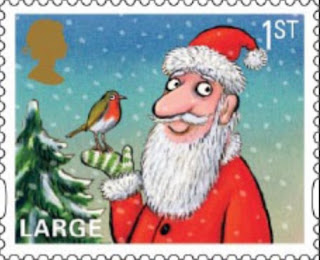 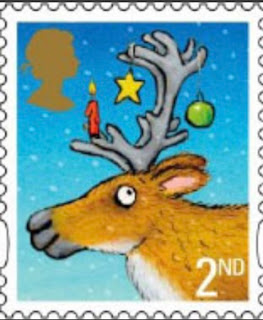 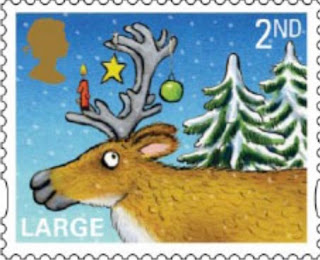 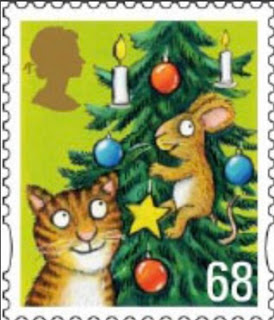 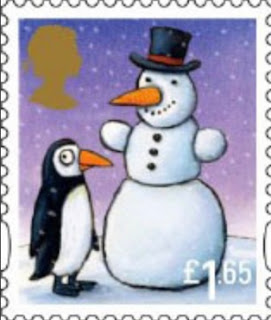 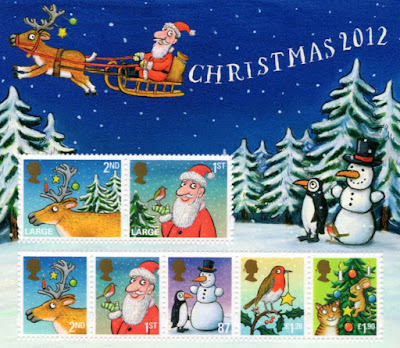