🇭🇰 Whilst there is a state of absolute mayhem on the streets of Hong Kong presently with protesters demonstrating against the government of the special administrative region as well as the Chinese central government, Hong Kong Post plans to release on 1 October 2019 four triangular stamps, 1 miniature sheet containing the 4 stamps and another miniature sheet containing a single stamp to commemorate the 70th anniversary of the founding of The People’s Republic Of China. Additionally the single stamp miniature sheet will also be included in a special pack containing 3 miniature sheets released by The People’s Republic and Macao to commemorate the anniversary.
The colourful and attractive issue was designed by Bon Kwan. Rating:- *****. 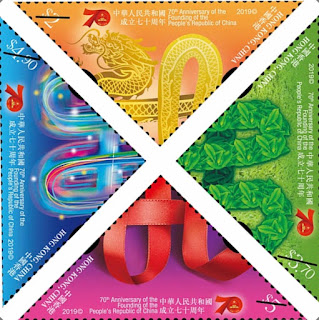 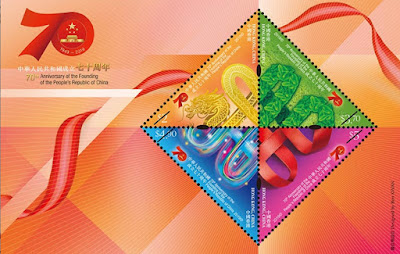 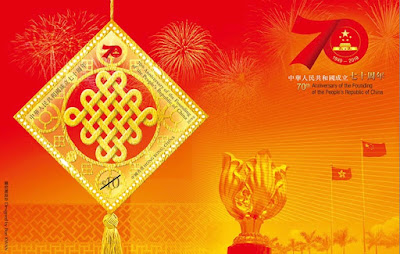 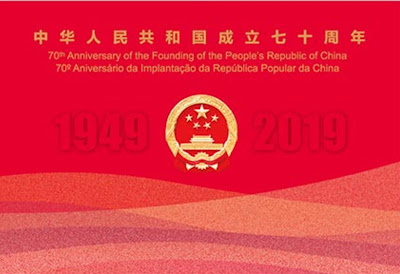 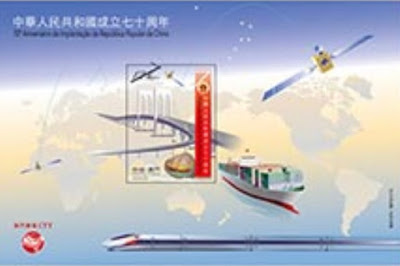 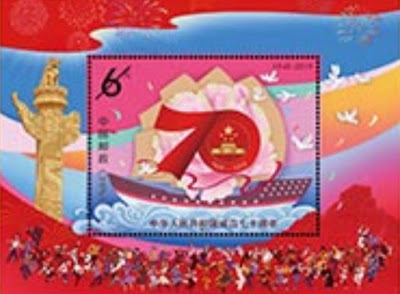 With 3 months of the year left and autumn settling in very nicely with its mists and mellow fruitfulness, here is an update of the list of postal administrations which have not so far released any stamps during 2019 (see Blogs 1361 and 1445):-

Thus 21 Commonwealth postal administrations/services/philatelic entities are yet to release stamps
in 2019 (as far as we know) including 6 British Overseas Territories. It will be interesting to see what happens during the closing months of 2019. I expect that we will soon be reading news of this year’s stamp issues from British Antarctic Territory which mostly all appear together about November of each year. Seychelles is said to be going to release a Gandhi commemorative and it will be surprising if nothing appears from Cayman Islands, Penrhyn and St Helena.
Posted by White Knight at 23:55