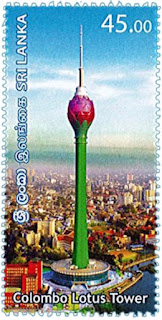 🇱🇰 Sri Lanka Post issued a stamp and 1 miniature sheet on 16 September 2019 to commemorate the opening of the Lotus Tower in Colombo which at 350 metres is now the tallest self-supported building in South Asia. The opening ceremony was carried out by President Maithripala Sirisena and the building includes a hotel, restaurant, conference hall, telecommunications museum, ballroom and an observation deck. Rating:- ****. 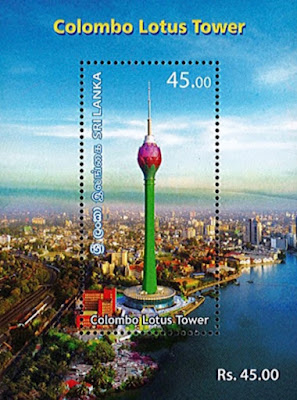 Previously, on 10 September 2019, the Sri Lankan postal service issued a single stamp to commemorate the 20th anniversary of the EMS - Express Mail Service - as part of the worldwide joint issue detailed at the end of this Blog. The stamp was printed in lithography. Rating:- ***. 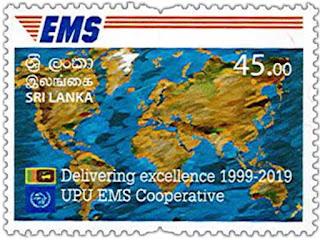 🇬🇧 Royal Mail, which currently dislikes putting out information to collectors until the last minute before a stamp issue is due to be released, has revealed the design well ahead of the issue date of 18 November 2019 of its Chinese New Year - Year Of The Rat - ‘Generic sheet’ of 20 ‘Fireworks’ Greetings Stamps with attached labels. These Chinese New Year sheets have been released since 2012. I wonder how many of these stamps are actually used on new year celebratory mail. The item was designed by Hat-Trick.
Rating:- 0. 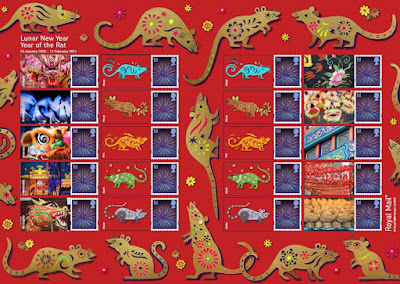 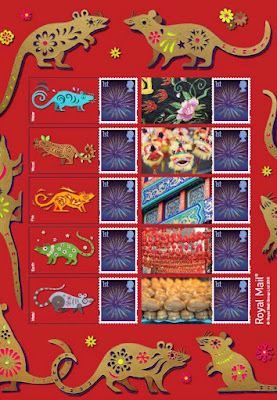 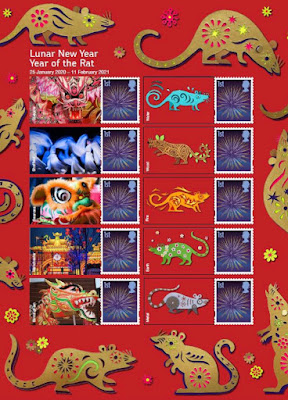 🇲🇻 The postal service of Maldives participated in an omnibus issue by 17 postal administrations which commemorates the 20th anniversary of EMS (Express Mail Service). Two Commonwealth postal administrations have participated in the omnibus (MaltaPost and Cyprus Post, see Blogs 1503 and 1504) and the other participating postal services are an eclectic lot - Chile, Côte D’Ivoire, Jordan, Lebanon, Libya, Mexico, Mongolia, Paraguay, Philippines, Saudi Arabia, Syria, Tunisia, Turkey And United Arab Emirates). Maldives’ stamp was produced by Stamperija and could well be available at Maldives post offices. The date of issue is said to have been 10 September 2019. Rating:- *** 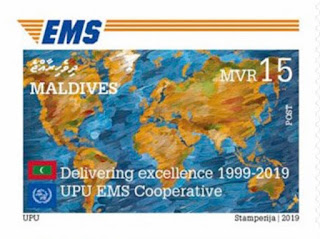