🇬🇸 The postal service of South Georgia And The South Sandwich Islands will release a set of 6 stamps (as 3 se-tenant pairs) on the subject of Food in South Georgia on 15 August 2019. There is no doubt that Creative Direction which is responsible for the production of the territory’s stamps very regularly comes up with an original approach to the stamps which it prepares for the several territories which are its clients and this is an original theme for a place such as South Georgia.
Another example, this time an issue for The Falkland Islands, of the originality of Creative Direction’s approach to its clients’ stamps, particularly in subject matter, is described below. The issue was designed by Bee Design using photographs by Gerard Baker, Andy Blake, Peter Lafite and Robert Burton and lithographed by Cartor and perforated 13.5. Rating:- *****.

🇫🇯 Fiji Post has issued a set of 5 stamps titled ‘The Legacy of Serving’ to commemorate the 150th anniversary of Morris Hedstrom Ltd. which is Fiji’s largest wholesaler and retailer. The interesting issue was designed by Pravin Sen and lithographed by Southern Colour Print. I do not yet know the date of issue. Rating:- ****. 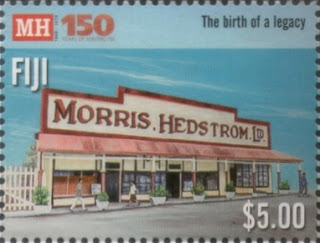 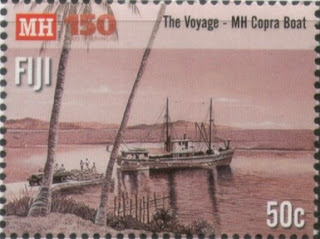 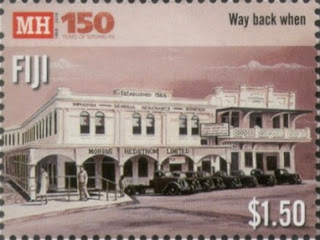 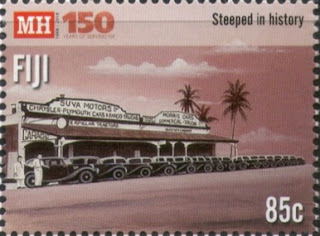 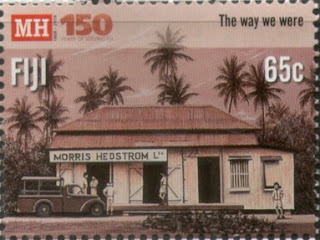 🇫🇰 Falklands Postal Service will issue a set of 6 stamps on 5 August 2019 on the subject of the Feathers of local birds. This is an original and unusual approach to the theme of Birds on stamps. The set was designed from photographs taken by Georgina Strange with production co-ordination by Creative Direction and lithography by Cartor. The stamps are perforated 13.5. Rating:- ****. 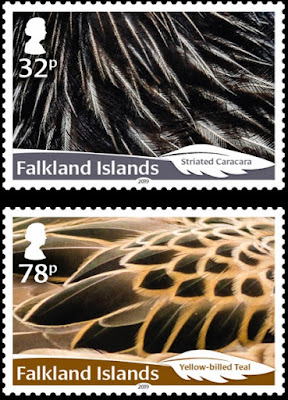 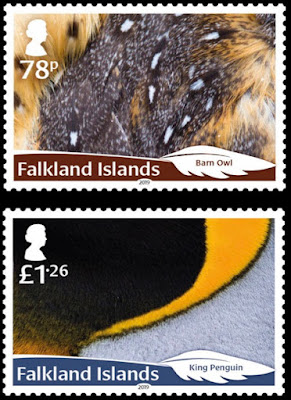 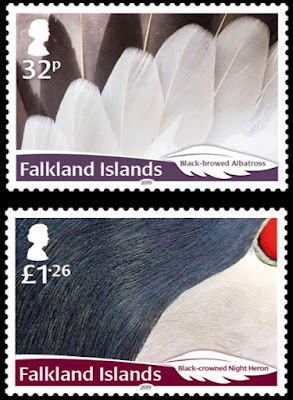 Falklands Post Services also reissued the Local Rate definitive stamp on 6 August 2019 with a ‘2019’ imprint and sold in Booklets of 10. Depicting a Falkland pipit this is a very attractive stamp. Rating:- ***. 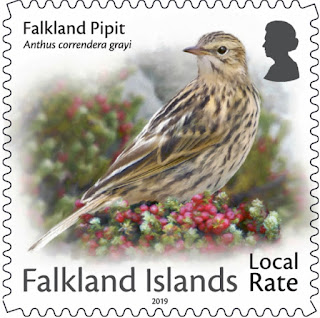 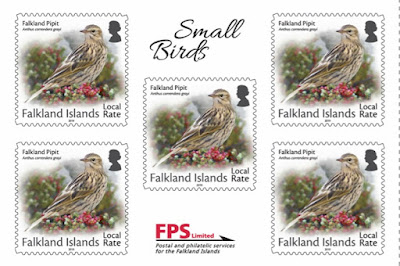 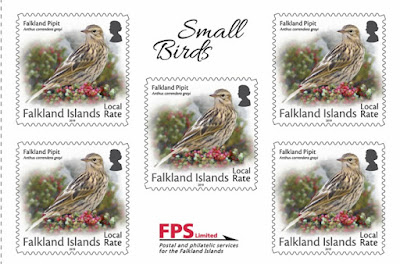