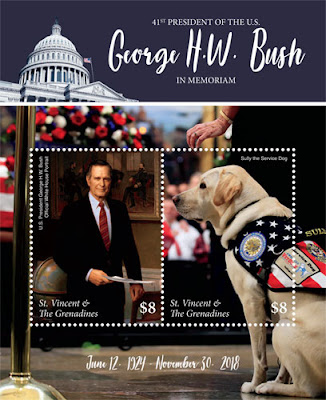 This month’s release of information from the notorious New York-based philatelic agency, IGPC, includes, as we predicted, a number of products which cash in on the birth of the seventh in line to the British throne, Archie Mountbatten Windsor. Three of the countries whose names are printed on these products are actually countries which, if some extraordinary historical event occurred, would be able to claim that they had a King Archie, as unlikely as that may sound.
As usual US presidents feature on some of these products including a miniature sheet to commemorate Donald Trump’s visit to France though why that should be of interest to the inhabitants of St Vincent And The Grenadines is a mystery hard to solve. I must admit to liking the miniature sheet issued with the name of St Vincent And The Grenadines printed on it which commemorates the late President Bush though entirely because it features his faithful Labrador and I have a little thematic collection of ‘Labradors on stamps’. 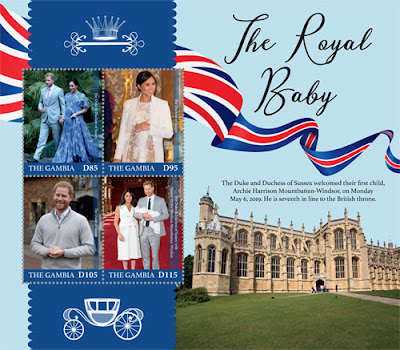 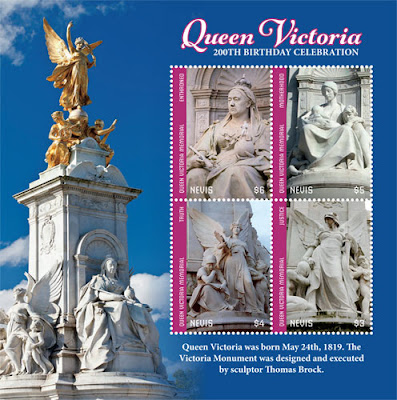 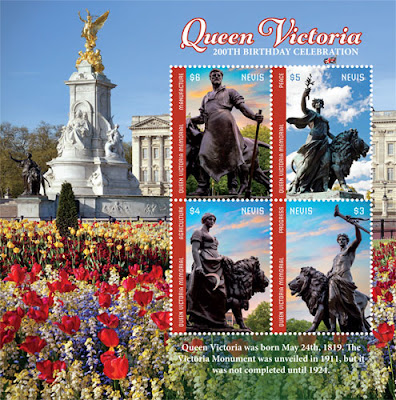 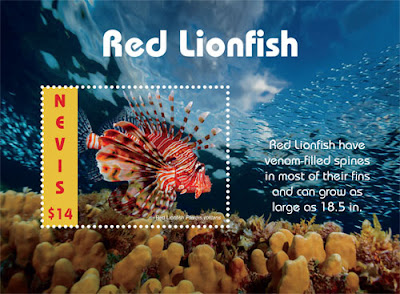 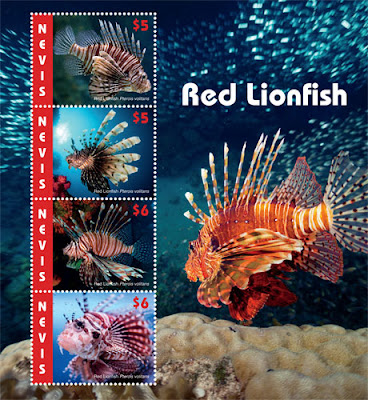 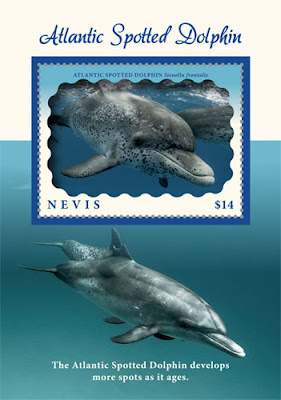 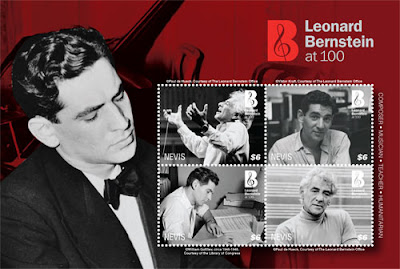 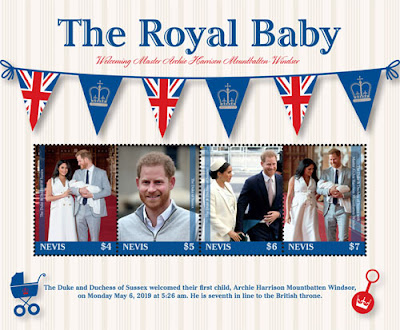 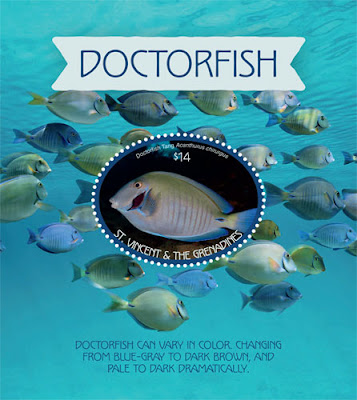 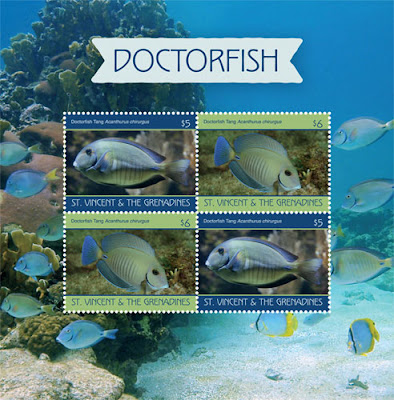 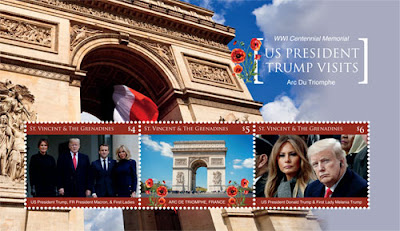 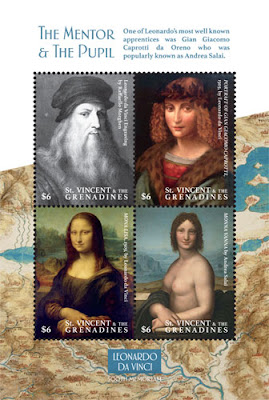 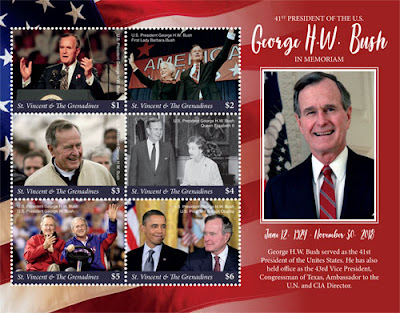 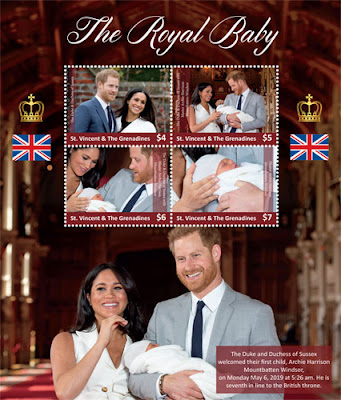 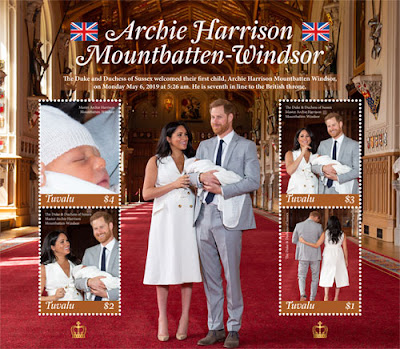 2019 - 50th Pacific Islands Forum Leaders Meeting - 1 miniature sheet containing 4 different stamps. I suspect that this issue might well have been available in Tuvalu for use on Mail. Rating:- *****. 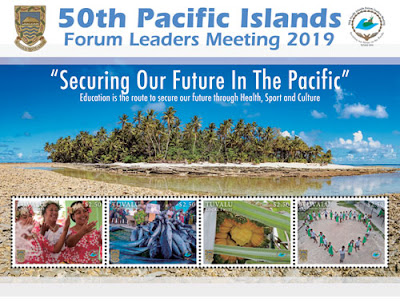 🇲🇲 I am rather pleased that I collect the stamps of a few non-Commonwealth postal administrations which have either been or might one day be members of The Commonwealth because generally the little group of territories that I catch in this para-Commonwealth grouping produce some of the most interesting, and often challenging to track down, stamps around. Take Myanmar for instance. This country was the first territory to choose not to join The Commonwealth on its achievement of Independence and since then has continued to release some fascinating stamps as part of a reasonably conservative new issue programme. The country’s politics has long excluded it from being admitted to Commonwealth membership even it chose to apply for membership which seems improbable at the moment but anything is possible in the future.
I think that one of my favourite sets of the year from just about anywhere is going to turn out to be the Myanmar postal service’s series issued piecemeal during 2019 which commemorates the months of the Myanmar calendar and which I have featured in various Blogs as 2019 has drawn on. The designs are exquisitely simple and clear and tell the collector all about Myanmar traditions as the year goes along and those who chose the designs for the quite dreadful Royal Mail ‘Curious Customs’ due to be released soon should look at these charming little stamps from Myanmar and learn lessons about what makes a good stamp.
The seventh part of the Myanmar series was issued on 2 July 2019 and marks the month of Waso depicting as it does the flower of the Alexandrian laurel and the Buddhist Ordination Festival. Rating:- *****.

🇮🇳 Compare the colourful and original design of the above stamp from Myanmar with the latest new issue from India Post which is dull, colourless and uninteresting which was released on 6 July 2019 to commemorate the 75th anniversary of the Fakir Mohan Autonomous College in Balasore in Odisha. Rating:- *. 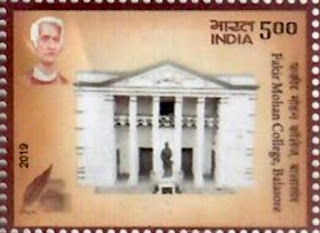