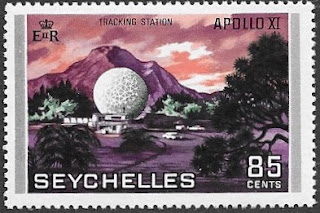 🇸🇨 I have been very grumpy about the number of stamp issues being released across The Commonwealth to commemorate the 50th anniversary of the first manned lunar landing by Apollo 11 especially by small territories which by habit release excessive numbers of stamp issues on subjects with no direct relevance to those territories and which played no obvious role in achieving that notable event.
Back in 1969 I felt no such annoyance about the large number of issues released to actually commemorate the success of the Apollo 11 mission. I was a teenager and the moon landing was an exciting event and everyone had a souvenir of it in some form or the other. It seemed thoroughly reasonable for all the countries of the world to wish to issue stamps to commemorate the remarkable achievement. Importantly few Commonwealth territories could be accused of excessive stamp issuing and then, in particular, countries which chose to release stamps the designs of which reflected a link between the territory and the event the stamps commemorated.
So it was that by far my favourite Moon Landing issue of 1969 was that issued by Seychelles which included in one of its designs a depiction of  Le Golfball, a US tracking station situated at La Misère on Mahé island hence establishing the link between Seychelles and the moon landing. It made for a colourful, interesting and relevant issue which it is still a pleasure to admire now. 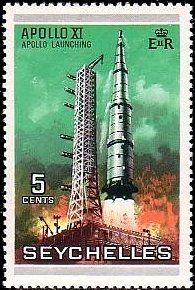 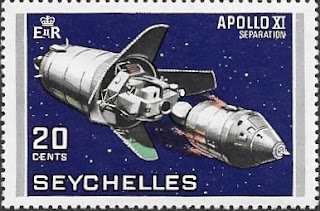 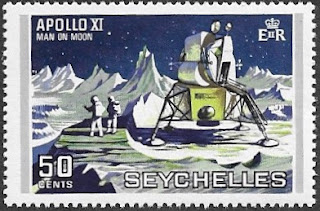 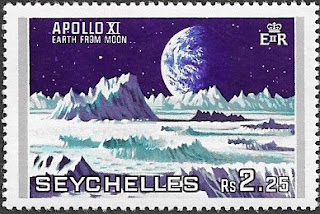 🇬🇬 Guernsey Post will issue 2 sets each of 2 stamps on 1 October 2019 to commemorate the 50th anniversary of the issuing of the independent postal service’s first postage stamps and the 50th anniversary of the establishment itself of Guernsey’s independent postal service. The issues are not unattractive and obviously mark significant anniversaries in Guernsey’s social and postal history. Rating:- ****. 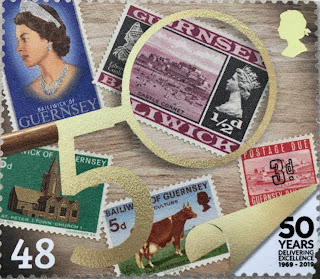 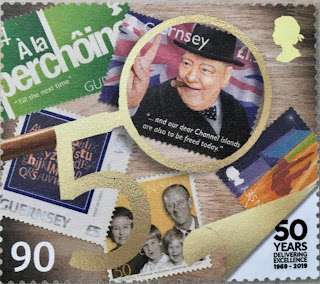 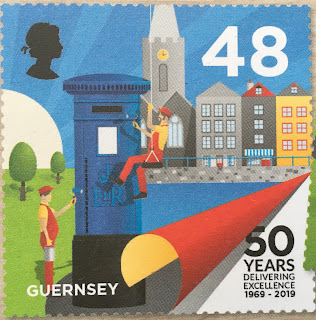 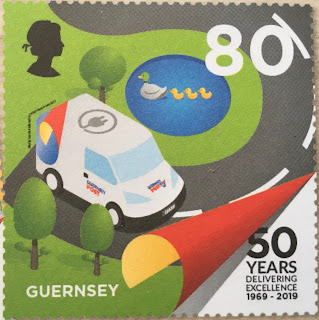 🇯🇪 Jersey Post, like Guernsey Post, continues its distressingly enormous number of new issues, with the release of a set of 6 stamps and the inevitable 2 miniature sheets on the improbable subject of Links with China on 2 September 2019. These are beautiful stamps depicting species of birds and mammals which the 2 territories have in common and exquisite portraits of the creatures by Martin Mörck are incorporated in the designs by Wang Huming. The issue is lithographed by Cartor.
The issue itself is excellent but it’s raison d’être is very weak especially when one considers just how many philatelic items are released each year by Jersey Post. Rating:- **. 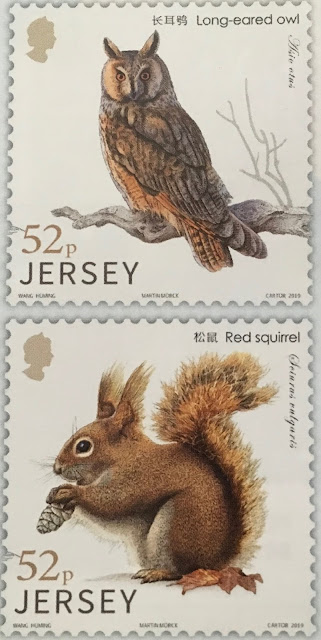 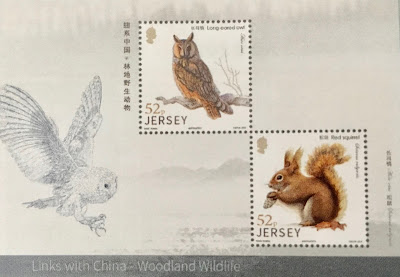 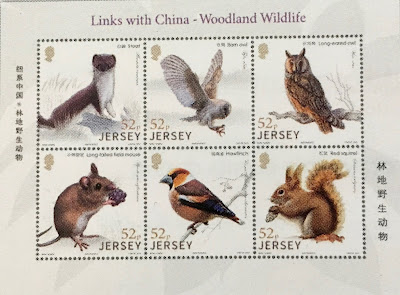