🇬🇧 While we wait to see the designs of the upcoming England Winners (of the Cricket World Cup) set which Royal Mail is planning to release in August I include here illustrations of one of the post boxes that have been decorated by Royal Mail to commemorate England’s victory. The post box is a startling white in colour and at the back has the inscription ‘This postbox celebrates ICC Cricket World Cup victories for the England Men’s cricket team on 14 July 2019 and the England Women’s cricket team on 23 July 2017’ (obviously the latter commemoration has been a little delayed). There is an additional inscription which reads ‘Congratulations England Cricket! ICC World Cricket Champions’.
The postbox is situated in New Street in Birmingham, one of the cities which hosted the tournament (at Edgbaston cricket ground, home of the Warwickshire County Cricket Club). The front of the postbox is entirely white which is a sharp contrast to the red box (for franked mail only) standing next to it. The adorned postbox was previously decorated to commemorate the city’s hosting of the Cricket World Cup. 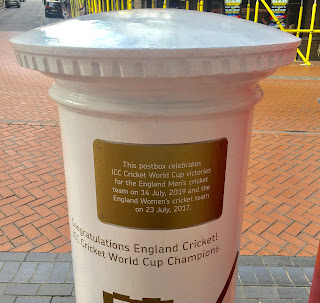 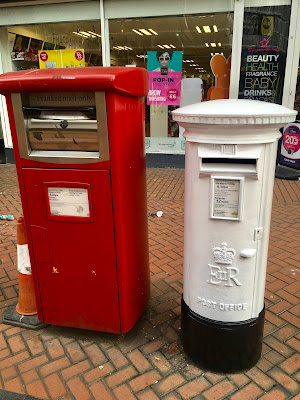 🇧🇲 The Bermuda Post Office issued a set of 4 stamps on 18 July 2019 to commemorate the 150th anniversary of the Bermuda Floating Dock. The set was designed by Keno K Simmons and lithographed by Cartor and perforated 13.5. The dock, built for the use of the Royal Navy, was then the largest floating dock in the world and was used until 1904 when it was considered to be too small to service the modern ships of the Royal Navy and was sold to a German company. After dismantling it broke free and ended up at Spanish Point and its remains can still be seen. Rating:- *****. 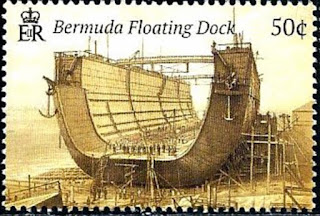 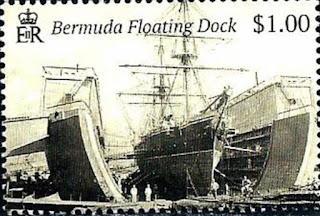 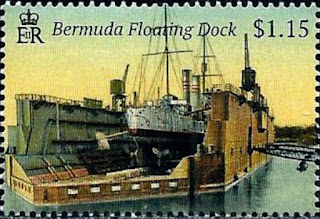 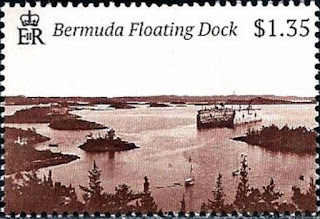 🇯🇪 Jersey Post will issue new 7 Post and Go stamps when it is represented at the Autumn Stampex 2019 philatelic exhibition on 11 to 14 September 2019 in London. Kiosk JE01 will dispense the ‘Jersey Flag’ Post and Go stamp with the added inscription ‘Jersey Post Celebrates 50 Yrs’ which commemorates the 50th anniversary of the establishment of Jersey’s independent postal service. Kiosk JE01 will also dispense the 6 ‘Durrell Primates’ Post and Go stamps with the added inscription ‘Autumn Stampex 2019’.
Posted by White Knight at 14:35